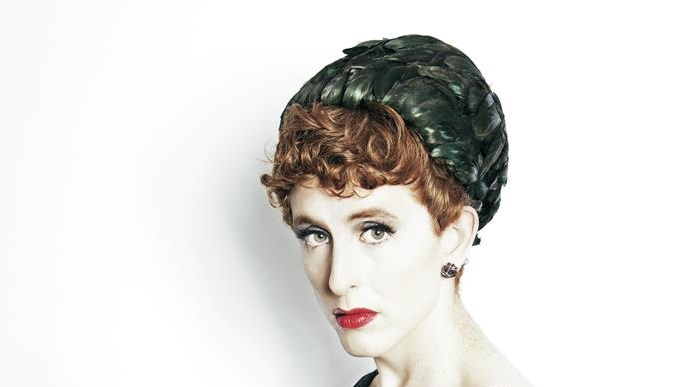 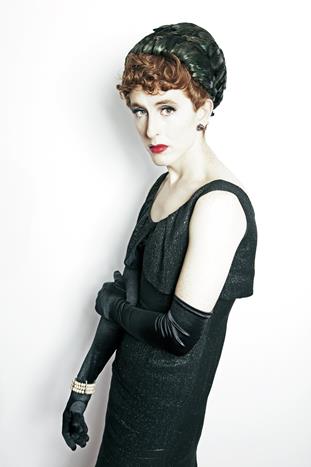 With themes of family, betrayal and murder, Renaissance playwright John Webster’s The Duchess Of Malfi is not a play for the  squeamish. New theatre company Inky Cloak have updated this classic for their debut production with third gender performer LaJohn Joseph heading an all-male cast.

Cover Her Face will be set in the late 1950s, the same era that its venue the Bethnal Working Men’s Club opened.Described as a “trans fable”, Joseph — who recently appeared in his autobiographical Boy In A Dress — takes on the tragic mantle of the wealthy socialite who marries beneath herself to the concern of her brothers.

We spoke to him about this new play and how social media may have influenced his decision to  take the lead role.

What initially drew you you to Cover Your Face?

The fear that I wouldn’t actually be able to do it! When I was asked to audition for the part, I was terrified, but I squared up to myself and refused to be ruled by the fear of failure. The challenge was the main incentive really. Well, that and the nudie pics my leading man, Tom Campion, sent me on Snapchat. I guess they swayed me somewhat. Hashtag unprofessional.

The Duchess of Malfi is quite a bloody play. How realistic is the violence?

I think the portrayal of graphic violence is not best served by live theatre. All of our most frenzied moments are handled in as realistic a manner as possible, but we’re using physicality and psychology over grand guignol schlock. When it comes to onstage gore, less is more, we’ve tried to make it startling but convincing. If that doesn’t work in the dress rehearsal we can always have Marge who does the wigs, run on and toss a bucket of pig’s blood over us I suppose.

What parallels do you personally draw from your life and that of the Duchess?

We are as similar as we are different, the Duchess and I. The most obvious similarity would be that both of us, though biologically male bodied, seek to transcend the limitations of gender. I am however not intending to surgically transition, nor for that matter am I an aristocrat – contrary to popular rumour. The Duchess and I also share a pronounced lust for physical entanglements, as well as a terrible temper. Hashtag itsfunnybecauseitstrue

How does modern life echo the Renaissance times in which the play is set?

Well this version of the play is actually set in 1959, so there’s much less of a difference between now and then, than there is between the 17th century and the present day. The wifi signal is obviously much better since Lizzie the first ruled the roost though.

The recent same-sex marriage bill included a controversial “spousal veto“. Now that the bill has been passed into law, how do you feel about the inclusion of that clause?

In the words of my dear friend, the late Barbara Cartland, it’s a fucking travesty mate! Hashtag RIPbabs.

One last question: are all great love affairs doomed and can someone be in love forever?

Where do you get these questions?  Who do you think I am – Emily Bronte? They’re doing Wuthering Heights two doors down dear! All I can tell you is that often the beauty of love is to be found in its fleeting nature – a lot like Snapchat cockshots actually.

You can see LaJohn Joseph at the Bethnal Green Working Men’s Club in Cover Her Face next week from Monday to Saturday. You can find out more information from the venue or go forth and buy tickets from TicketTailor.