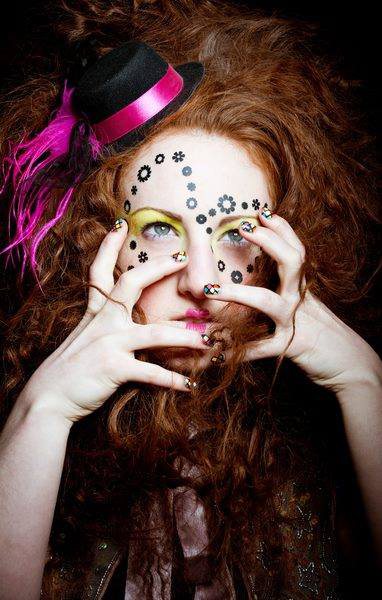 Being good at more than one thing is always useful in life and never more so than when you’re a circus artiste. As well as being a dab hand at acrobalance, banquine, acrobatics, physical theatre and contemporary movement, Niamh O’Reilly adds some damn fine singing to the mix. Her musical skills have taken her from Barcelona to New York but it is her big top talents that will be chiefly on display this Wednesday at Jacksons Lane.

A long-term member of circus troupe Silver Linings, she and her fellow acrobats will be presenting a special fusion of live music and stunning circus performance. This is the first of a series of performance nights curated by these artists who have just been announced as Jacksons Lane’s Associate Artists.

You’ve been with Silver Lining for quite a while and through several line-ups. How is this show different to those you’ve done at Jackson’s Lane and elsewhere?

Our previous shows have always been energetic, fun, and bursting with all sorts of circus skills and a sprinkling of live music. Curating Sound Box for Jacksons Lane gave us a lot of freedom with the casting, since we didn’t need to contract anyone for a long tour or commitment. When Tom and I had a think about potential cast and began to see the pattern that we were all musicians, he had the brilliant idea of making the kind of show we’d been dreaming about for years – a completely live music circus show! Sound Box will be more chilled and more grown up than our previous shows. And not only visually impressive but aurally too!

We’ve been impressed with the musical elements of your routines. Which skill did you pick up first – the singing or the circus?

Singing was something I was always able to do, but didn’t really utilise. I thought it was something everyone could do, and the world was bursting with wannabe singers, so I didn’t really see the point in pursuing it apart from singing at church. When circus came along and I eventually fused the two elements I loved, it was sublime.

How much creative input do you have into each SL show?

Our ethos at Silver Lining is to let every cast member have an equal creative input. A lot of things go down to majority vote, but for the most part, we want everyone to be excited about what they’re performing and sharing with the audience. We want it to be authentic and genuine, so therefore it has to come from a real place, not something we’ve imposed on anyone.

The Australian government supports circus artists there far more than they are supported here. If the Arts Council increased funding in the UK, where do you think it should go – structural projects like venues, training schools or direct to performers and projects?

The Arts Council have been so generous with us this year! There is no way we could have pulled off our show Throwback without their support, therefore my mind instinctively goes straight to performers and projects. You can have the best trained circus performers and state of the art, purpose build venues, but if you can’t fund R&D and rehearsals, it’s very tricky to produce good shows to put in those venues. Being able to set a block of time apart to focus solely on creating a show is a luxury we’ve come to value so much.

You can see Soundbox at Jacksons Lane tomorrow night.