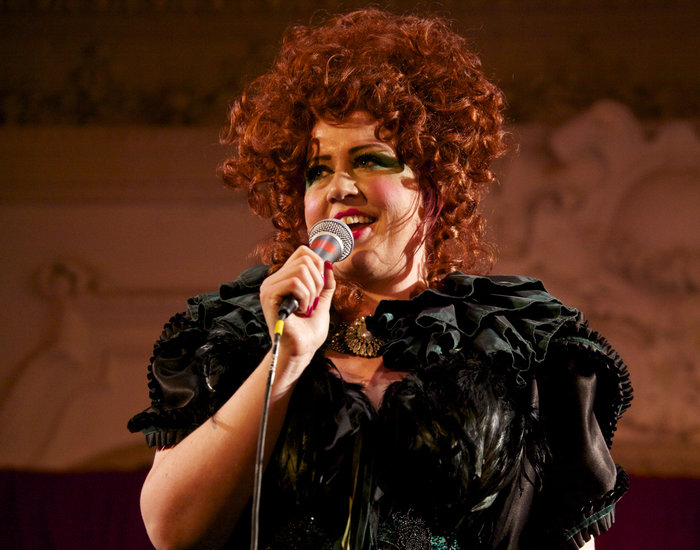 Eyes forward, soldier! The MOD has taken burlesque off the menu for some of its injured troops. 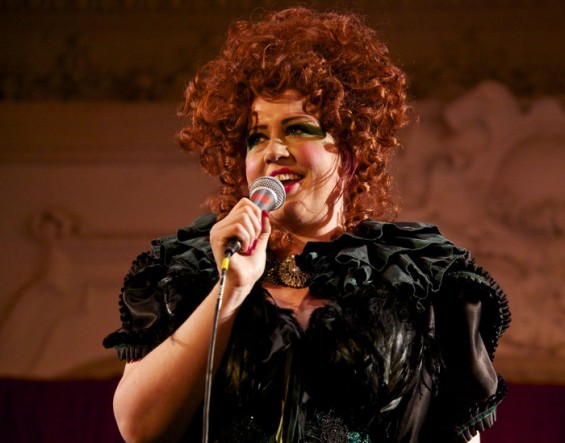 Ivy Paige will be hosting the Crown Jewels show vetoed by the MOD.

Having survived some of the toughest terrain in the world (ask the Americans or the Russians), twenty-five Afghanistan veterans being treated at Headley Court rehabilitation centre were looking for a night at London Burlesque Festival to see the Crown Jewels: Best Of British event. The tickets were bought by STUBS, a charity which helps the social reintegration of seriously injured soldiers before Headley Court’s Commanding Officer Group Captain Clare Walton intervened and vetoed the outing.

Despite having bought the tickets two months ago, STUBS’ fundraising manager Amanda O’Farrell is now looking for a new home for the £875 worth of tickets she bought.  Although demand for tickets for tonight’s sold out show has clearly exceeded supply, London Burlesque Festival were not offering a refund to the charity at the time of printing. O’Farrell is therefore appealing at the last minute to any other groups with links to the Armed Forces to take the tickets.

Walton’s decision has inevitably led to some kneejerk misogyny. “Hopefully, there is someone else sensible above her in the chain of command who will cancel her decision, and then post her to several years of counting blankets in the Falklands, which she would probably enjoy. I suppose ‘elf ‘n safety and PC matters rather more to the cause of feminism in the military,” said one commenter on The Times’ story. Over at the Daily Mail, one commenter asks “Arranged some knitting for the boys, have we ma’am?”

The story has also exposed a certain level of ignorance over burlesque. One poster on Arsse.com, a forum used by army personnel, feels that his fellow soldiers are not missing out: “Burlesque is shit anyway. It’s just suggestive fat strippers with femme fatale hair does and no bottle doing their best to hide the goods.” A Daily Mail reader calling themselves “Karen” adds “If ever a bit of pornography was appropriate, it is now.”

Burlesque is neither shit nor pornography. Sure, there is titillation and tease but there is so much more. Over the last few decades, it has grown into an industry defined and created by talented women and enjoyed by many other women. The sex ratio at the average show is about even and burlesque is now one of the very few global artforms which has women at every single level. Its burgeoning success is a massive signifier of what can be achieved when women escape traditional roles and become not just performers but managers, producers and venue owners.

Whether feminists like it or not, there can be no argument that burlesque has proved beyond doubt that, within a global entertainment industry dominated by men, lacking a Y chromosome does not mean lacking intelligence, skill, drive, passion or success.

Head over to GeordieBore for his take on the affair.

Donations to STUBS can be made online.