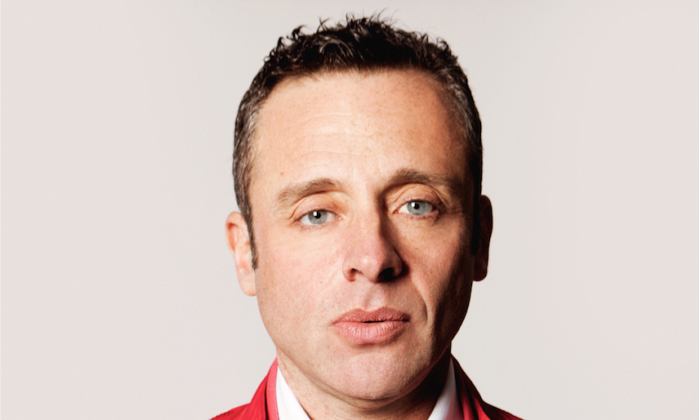 A new arts project co-presented by producer Jeremy Goldstein and Run-Riot founder Jamie McLaren will see a number of participants speaking out on one topic: “Who has power over you and what do you want to say to them?”

Between Wednesday 21 September and Saturday 24 September, the Truth To Power Cafes at Soho Theatre will see 24 very different Londoners respond to that question and bring their own unique insight.

A long-term collaborator of New York cabaret icon Penny Arcade, Goldstein is looking forward to seeing where he can take this new project. We spoke to him about its origins and where he plans to take it.

How did the idea for this Cafe come about? Do you have any plans to take it to other cities or repeat these sessions next year?

I’ve been running London Artists Projects since 2000 but last year I decided to give it a new lease of life, so I relaunched with a renewed mission to speak truth to power.  We launched on Trafalgar Square with ACT UP London and the UK’s leading banner maker for the Trade Union movement Ed Hall.

“No single Cafe will ever be the same.”

The event was broadcast on London Live TV and since then Ed’s ACT UP banner has been seen by 100,000 people across the capital. It was street theatre meets political activism head on and in some ways that’s where the idea for the Cafe came from.  But we can’t be on Trafalgar Square every day so I wanted to devise a simple event which we could present in venues from here to Timbuktu.

The Cafe is context-driven and participant-centred, so the challenge is to find interesting environments from which we can draw participants.  No single Cafe will ever be the same and in the future recruiting participants from within each venue/locale community will be an exciting part of the project. In November we’re off to  The Albany from 4-8 November and in January we’ll be at the Arcola Theatre from 11-13 January.

Beyond that I hope to present it on the Southbank and at Summerhall for next year’s Edinburgh Fringe.  I’d like to do one Cafe a month but it takes time to build it up.

“The Britain as I know it, died the day we lost the EU.”

2016 has arguably been the year of oratory with demagogues like Corbyn, Sanders, Trump and Farage –populist politicians that are arguably stronger on ideals than detail – pulling in huge crowds despite, or maybe because we have a jaded view of politics. Your Truth To Power Cafe will bring a diverse range of orators to Soho Theatre. How did you go about choosing your candidates?

The Britain as I know it, died the day we lost the EU.  I felt a profound sense of loss and I took it very personally. Europe had always represented a coming together for the common good, and a post war/Holocaust peace, so never before had my civil liberties been challenged in ways I did not think possible in the 21st century.

Since the referendum, I’ve been in shock trying to come to terms with that fateful decision and I know I’m not alone.

As a producer I’ve always been very social in that I like bringing people together for the common good of theatre, art and community, so I opened up my address book and invited my network. I asked them the question Who has power over you and what do you want to say to them? Word of mouth took off. 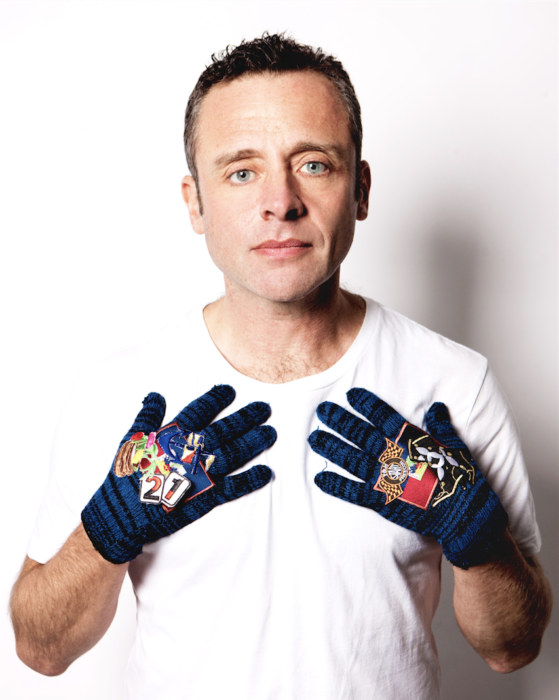 What does “Truth To Power” mean to you?

Producing independently is not for the faint-hearted and, as there’s no money in it, there has to be a higher purpose so speaking truth to power is it for me.

I’m 46 now and it took me a long time to understand why I do the things I do, why I choose to work with certain people and not others, and why those choices made my life a living hell for ten years. Only in the last two or three years, though, have I understood how important it is to stick to your guns and stand up for what you believe in.

I also believe in epigenetics and that your belief systems are in your genes.  My late father Mick was in the Jewish tradition of the international socialist left and a member of Jews Against the Occupation as well as a long-standing member of the Democratic Socialist Party.  Is it any wonder I do what I do?

As far as I can tell the origins of the phrase date back to the 18th century.  These days it is widely accepted to be a term coined by the Quakers in the 1950s as part of their search for an Alternative to Violence, so its roots are in the anti-war movement.  In simple terms, it means saying something to those in authority or position of trust don’t want to hear.  Michael Billington of the Guardian wrote “speaking truth to power is the rebirth of political theatre”.  In politics, life, love etc., it’s about taking a stand and speaking up for what you believe in.

“We are not there to judge or discuss, we are there to listen and listen we will.”

What kind of subjects will your candidates talk about? Is there anything which is verboten?

For the Soho edition participants will address everything from austerity to power structures, cultural gate keepers, men and women in suits, sexual assault, medical and environmental issues and the importance of emotional truth and empathy.  One participant, Mathilde Hawkins from Brixton, is only 16 but has given the whole concept a great deal of thought.  We’ve had a very interesting email exchange.  It will be great to meet her.

I like to think of the Cafe as a safe space where pretty much anything can be said. We are not there to judge or discuss, we are there to listen and listen we will. I don’t believe in censorship but I guess I’d have to think carefully about people using it as a platform for hate but I’m prepared to cross that bridge as and when.

This show is being run in tandem with Penny Arcade’s Longing Lasts Longer. How did you first meet Penny and what’s the secret behind your long working relationship?

I first met Penny Arcade in 2004.  I was opening a show with Marisa Carnesky called Ghost Train at QueerUPNorth in Manchester and Penny was at the opening night party.

We were all very young in those days with the world up our arse, and Penny sat there as this kind of all knowing oracle in the thick of it all.  Jump forward six years to 2010 and I was opening another show with Mark Ravenhill and Bette Bourne, but this time I’d reached the dizzy heights of St Ann’s Warehouse New York.  After the show there was a small private gathering in a fabulous penthouse overlooking Manhattan and who should be there but none other than Penny Arcade.  She always says exactly what’s on her mind and she came up to me and said ‘you should produce me’ so I did.

The relationship works because we are honest and treat each other well.  We respect each other’s work and are mutually non-exclusive so we do whatever we like and work with all sorts of different people.  It sounds basic I know but it’s hard to find that especially in this business, as people want to own you.  Jump forward another six years and this December we will have come full circle as the NY premiere for Longing Lasts Longer is at St Ann’s Warehouse which is where our journey began.  That’s exciting.

“The image led me to think of myself as an angel or message bearer seeking redemption.”

For The Truth To Power Cafe, you’ve arranged a special banner. Can you tell us more about that?

This year I’ve been writing a play within which I appear as a DJ and an Angel.  We spent a day filming for it in July, and I created this persona and costume on set.

It was all improvised and done during the course of a morning, but the image I made was very powerful and it felt like a good fit in terms of The Truth to Power Cafe. The image led me to think of myself as an angel / message bearer seeking redemption from injustice, poverty, famine, war, inequality and so on – themes which reoccur when we speak truth to power.  I then gave a copy of the image to Ed Hall who designed the banner which is now 7ft high x 5ft wide.

Most people know Ed’s work through his collaborations with Turner Prize winning artist Jeremy Deller and last year he designed for Caryl Churchill at the National as well our event on Trafalgar Square.  He’s an amazing artist with a wonderful aesthetic.  The banner is a poignant statement.  It will hang at the Cafe.

Other than the Cafe and Penny’s show, what else are you working on at the moment?

My play called Mick’s Friend which I want to put on next year.  It was originally my father Mick’s play but I’ve adapted it with his oldest friend, the actor and poet Henry Woolf who is now 86.

Henry and Mick grew up in Hackney and were evacuated from London together during the War.  After the War they met their other great friend, the playwright Harold Pinter and became known as the Hackney Gang.  Harold wrote Mick into his one and only novel The Dwarfs which was later adapted for a BBC 4 Film and Henry directed Harold’s first ever production of The Room in 1957 and went on to work with Laurence Olivier, Orson Welles and Ralph Richardson.  Harold, Henry and Mick were friends for life and all appear in the play with Henry as himself.

Mick Friend’s mixes fact and fiction to create a memory play which shifts between time and space to celebrate the power of friendship and family and the lengths we go to preserve it.  The play is totally unique and utterly authentic and I’m really proud of it.  I can’t wait to do it.

The Truth To Power cafes will take place from 21-24 September 2016 at Soho Theatre. Tickets are £3. More information can be found on the Soho Theatre website.