In Pictures: The Chap Olympiad 2013 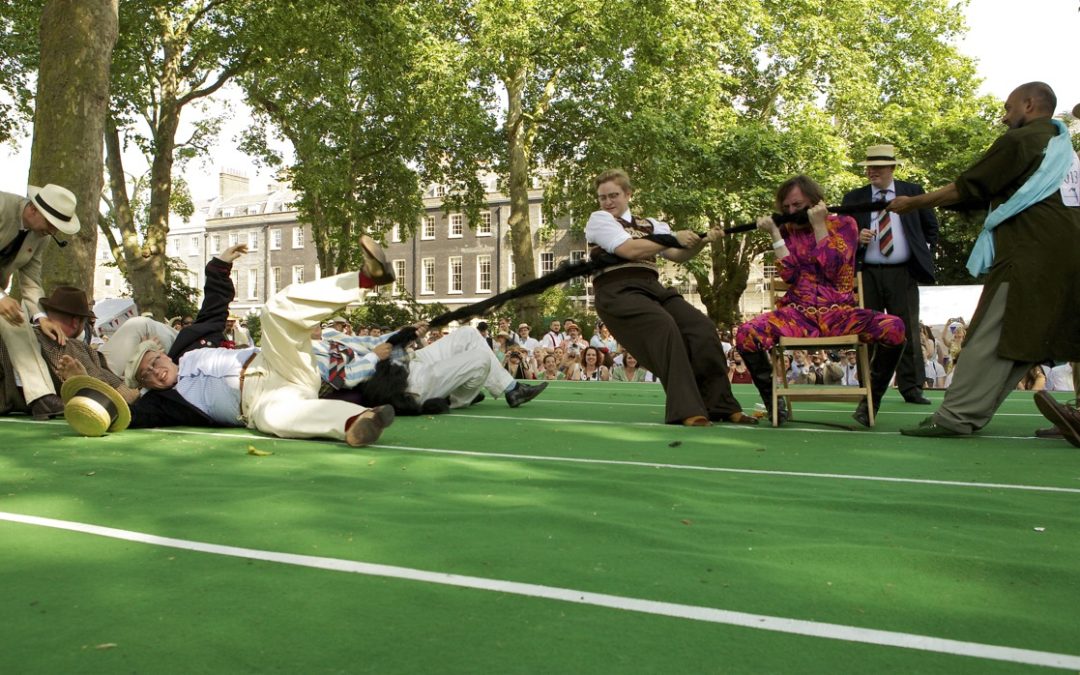 What ho! The Chap Olympiad made a welcome return to Bedford Square this year on a gloriously sunny day. 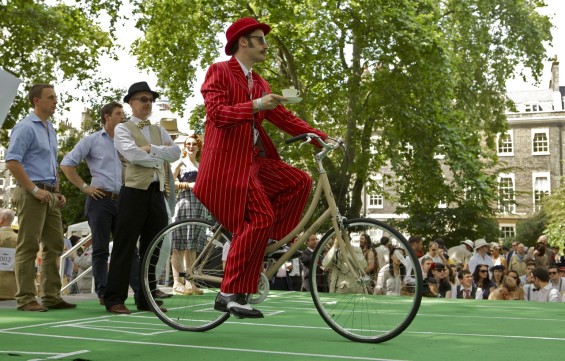 The Tea Pursuit was one of the many loveably bonkers games played during the afternoon.

The  Chap Olympiad is quite possibly the most eccentric sporting event around. Calling itself “a celebration of athletic ineptitude and immaculate trouser creases”, it has been run since 2005 by The Chap magazine, a periodical for discerning gents who want an alternative to modern culture.

As is customary, the Olympiad’s “sports” this year were a bonkers collection of amusing contrivances with judges prizing panache, imagination and skullduggery over actual ability or physical exertion. The traditional opening ceremony saw Gustav Temple, editor of The Chap, light and take a puff on the Olympiad Pipe before the contestants were checked for illegal substances — cads found concealing bottled water or a salad are liable to be disqualified — and the competitors got stuck into the games.

The ever-popular Umbrella Jousting was back, joined by the likes of Bakewell Battles, Tea Pursuit, Passing The Port, Breadbasket Ball and Tug Of Hair (featuring a 20-foot moustache). At the end, victorious competitors walked away adorned with the coveted bronze, silver and gold cravats. Thankfully, was back in his role of compere, referee, commentator and all-round wag. His arid wit and sterling efforts at keeping the crowd engaged during some of the slower sports did not go unnoticed.