The Horror, The Horror: We Speak To Greywing House’s Mary Beth Morossa 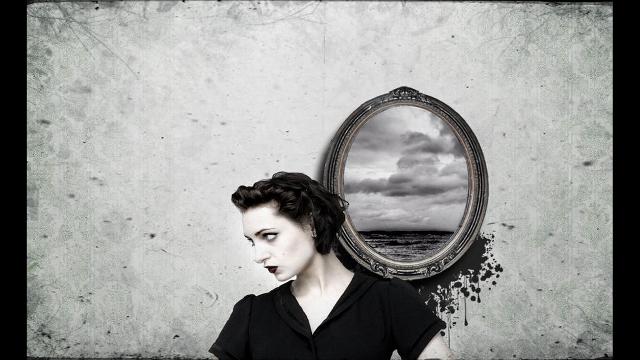 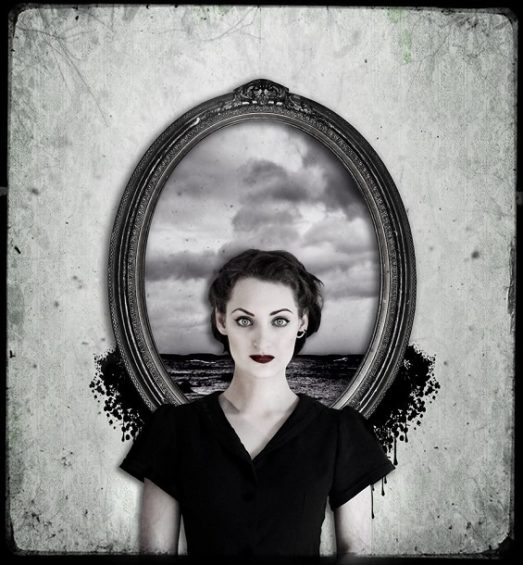 Performance artist and “Mistress of the Macabre” Mary Beth Morossa debuts her new one-woman storytelling show Greywing House at the London Horror Festival next week. The London Horror Festival is an annual celebration of horror in the performing arts. After three barnstorming years, it returns to its home at the Etcetera Theatre, Camden to bring a vibrant programme of theatre, comedy, performance and spoken word to London this Halloween.

I caught up with Mary Beth Morossa’s alter ego Molly Beth White to find out more about her latest show. It’s time to pack our bags and check into Greywing House…

“Greywing House sits precariously on the coast keeping watch over a cruel and tumultuous sea. Miss Amelia has prepared your room, and awaits your arrival to introduce guests both past and present…”

This is the second full-length show from Greywing House’s creator Mary Beth Morossa; her first was the award-winning Carnival of Crows, which had a successful run at Edinburgh in 2012 and at the London Horror Festival that year.

This intriguing introduction starts Morossa’s dark and unsettling tale which is set in the 1940s. The setting is an old rickety guesthouse in a British off-season seaside town and Morossa draws upon classic gothic tropes seen in the works of Edgar Allen Poe, Mary Shelley and Bram Stoker – the crumbling house, the bleak seaside town, the dark secrets hidden there.

Our storyteller and hostess is Miss Amelia, running the guesthouse on her own, but why is she there and what does she know about the house and its previous occupants?

Greywing House plays as a series of vignettes, allowing audiences to piece together the history and secrets of this dark place to which they have been invited, with the stories being told through the use of movement, beat poems and narration to show different aspects of the character and the story itself.

Morossa has conceived and created the entire show. As well as performing in it, she has been hard at work writing the script, designing and building the set and creating costumes and props.

Her background is in design – she holds a Fine Art degree – which gives her a creative eye for the visual concepts. “I see it as a part of the storytelling – the props and costumes are aspects of the characters in the piece, and not just Miss Amelia. The house itself is a character in the tale so when I paint the set, I feel I am literally brushing in part of the story.  It is hard to keep all of these plates in the air, but it is so good to have complete artistic control over every aspect of the show.”

Inevitably, this must mean that the show becomes intensely personal.

“This piece does have a personal connection to myself in lots of ways. It focuses on dark subjects that can be difficult – depression, loneliness, insomnia and panic attacks. These are emotional states that many of us have felt from time to time, and putting them into a show like this brings them to the surface. It is a cathartic process but can also be terrifying.”

Are audiences going to be terrified when they come to see this show? “There’s no blood and gore, and audiences won’t be jumping out of their seats with fright. It’s much more about suspense and psychological tension, as well as exploring the human condition, which many will identify with.

“I am strongly influenced by old stories and classic horror writing, such as The Yellow Wallpaper by Charlotte Perkins. My grandfather was a playwright and illustrator for Weird Tales magazine in the 40s and 50s. He used to invent brilliant scary tales, and told the best bedtime stories!”

Morossa collaborated with another creative artist on the music used in the show. Musician Daniel Cross (Little Death Machine) has composed original music for the piece. “The music adds atmosphere, punctuates the story and sets the scene, and the creative process was very interesting,” Morossa says. “Some parts of the story came out of the music, and then Daniel also created music inspired by aspects of the characters.”

The recorded music is used in the show along with Morossa’s own recorded soundscapes, and unnerving sound effects such as a ticking clock that has a mind of its own – slowing, speeding up, sometimes stopping altogether. Is this linked to another theme of the piece? “I am interested in the idea of time and the cycles of nature – how they are unstoppable and cannot be changed. The seaside setting emphasises the strength of the tides and the lunar cycle. That’s why I used the changing clock to represent the idea that time could be slowing down or even stopping. That feeling of being trapped, or unable to run away, is very powerful. ”