Hamburger Queen 2014: The Story So Far 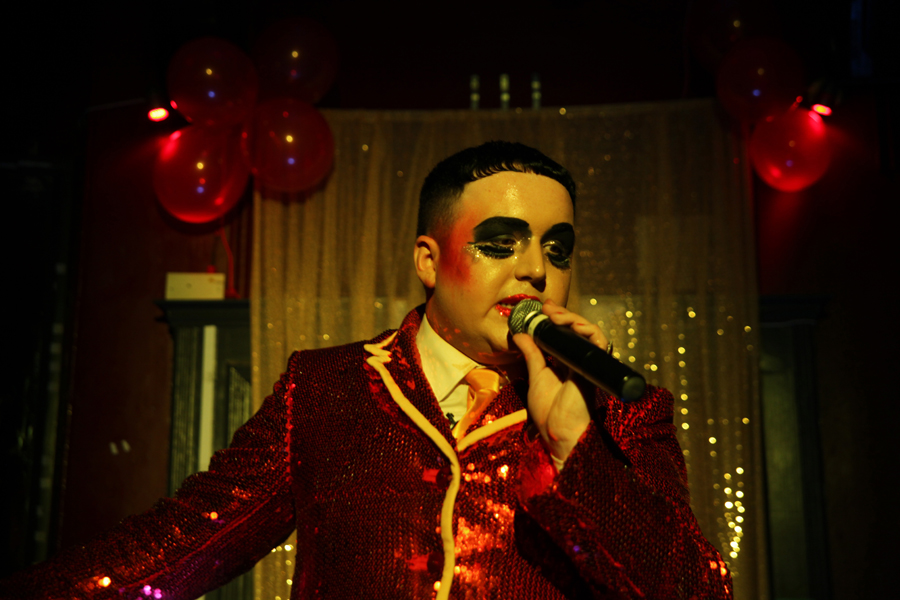 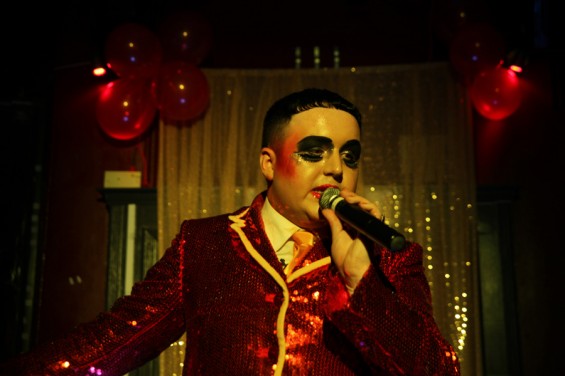 Scottee, the great panjandrum of Hamburger Queen and its Master Of Ceremonies.

In a place far, far away (some call it South London), a KFC family bucket* of contestants have done battle during this month to become the most fêted fattie around. Over three gruelling rounds testing their taste, trendiness and talent hosted at the Royal Vauxhall Tavern, a number of celebrity judges supervised by head judge Felicity Hayward have put these porkers through their paces ahead of the grand final this week.

The ten challengers for the 2014 crown have hailed from three continents and five countries. The UK contingent have been racking up the miles too with towns as far apart as Brighton and Sheffied being represented. One and only one will go down in cabaret history as the final Hamburger Queen, a title which has only been bestowed on a lucky few thus far.

After this week’s final, HQ head honcho Scottee is throwing in the grease-stained towel and moving onto pasties new. But hark: the fat lady has yet to sing. Tickets are on sale for this Thursday’s showdown at the Bloomsbury Ballroom right over here should you wish to see who walks away with £500 cash, £300 worth of prizes from Tatty Devine, Paul A Young and Mr Bake, Bestival tickets, a bottle of fizz, the coveted Hamburger Queen medal and the legendary Golden Unhappy Meal (postage and packing not included).

For those playing catch-up or who wish to relive what has already come before, here are the highlights from all the heats. Peel back the peepers and gawp at what has gone before in these bite-sized clips.

All the information on Hamburger Queen and the grand final this Thursday can be found on the official website.

* this may not be the official term for a collection of large people, but maybe should be.