Get Your Boogie On Any Which Way 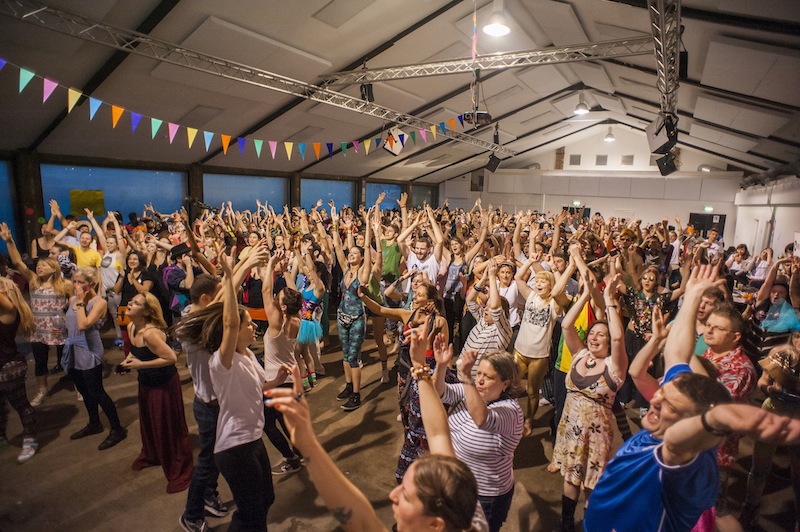 I’ve had an energetic 24 hours here at Edinburgh Fringe, and I don’t mean the crowd dodging power-walks up and down the hilly streets from one venue to the next.  Dancing is back in fashion, and the Fringe experience isn’t just about sitting in shows soaking up the art. 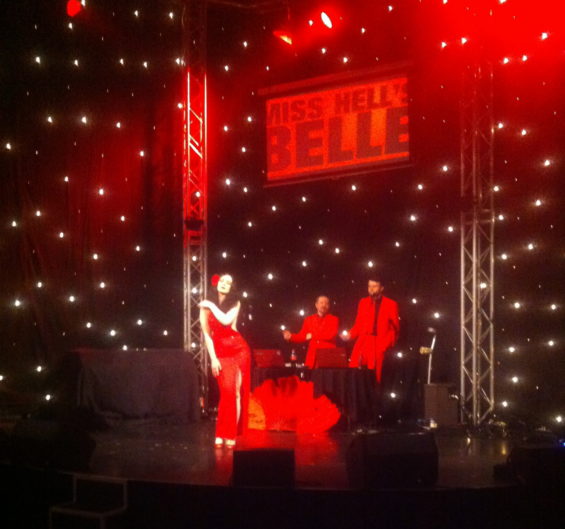 On Friday night I thought I’d take a chance on FLASH/BANG! The performance club night is a Jaggy Events production, featuring cabaret performance cropping up every 20 minutes or so, between the electro-swing and classic roll’n’roll tracks that the DJs keep spinning, and the crowd can’t seem to help dancing too. (Myself included, and I came here on my own, and sober!)

The DJs are Rufus & Ben, ‘Rufus Tee’ being the alter-ego of producer and cabaret performer Frodo Allan, who has been a driving part of the Scottish scene.  Acts include an excellent ladder balance act from Joshua Phillips of Pants Down Circus, a rather token burlesque from Miss Hell’s Belle, and a cleverly baffling display of classic magic from The Great Aziz.  Rufus also performs, assisting the angle grinding of someone whose name I didn’t quite catch; her act was competent, and sparks fly excitingly out into the crowd.  He also gives a wonderful rendition of Richard Cheese’s lounge cover of Radiohead’s Creep.

From yearning for my bed before I head to the club at midnight, I end up staying till 2am, the vibe, entertainment, and bold red and black design concept are so good.  Which doesn’t help me when I crawl out of bed on Saturday for a “breakfast rave”. 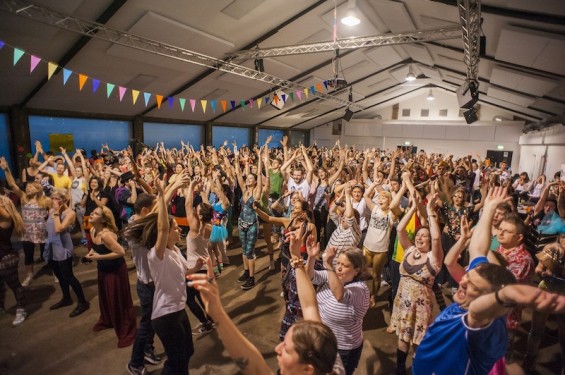 Morning Gloryville is a concept that started in London and has become a worldwide movement.  Emphatically not an after-party, this is a get-you-started party, where you can get your glitter on, join the yoga crew in the corner, sign up for a free massage, and dance your way into awake.  A coffee bar and plenty of free water is at hand but, to be honest, if they bring one of these events to my home town I may never need coffee again, the buzz from having a dance is so invigorating.

I’m quite happy to keep my complimentary facepaint on for the whole day but, for those heading to more sensible jobs than that of a Fringe reviewer, there are also free make-up wipes and beautifully scented cleanser.

Just as I’m beginning to flag again mid-afternoon, I’m booked in at Edinburgh’s newest Fringe venue: the Murrayfield ice-rink.  All the way from Canada are Le Patin Libre, the world’s first contemporary ice-skating artists. Their show is entertaining, impressive and an innovation on the ice, showing snippets of their full repertoire – and they’ll be bring a full-length show to London in October! 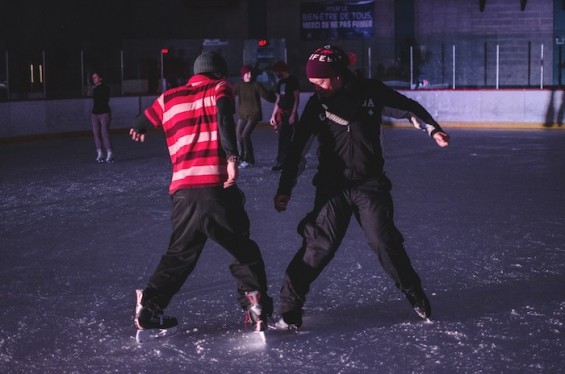 Le Patin Libre stars dance with their audience, showing us the moves

Best of all though, after the performance they get us all into the rink with them for our own ice-dance party.  Samory Ba – an ex-figure-skating champion from France – teaches us all some simple simple moves and gets us to strut our stuff.  Breaking away from all typical ice-dance conventions, we’re invited to listen to the beat and improvise.  It is liberating to realise I can actually do this (admittedly, not with anywhere near as much skill or finesse as the pros, but it certainly moves away from the elitism often associated with contemporary art forms).  Of course, I fall on my arse more than once, but I’m freestyling with champions, and I’m having fun.

But boy, do I ache this morning…