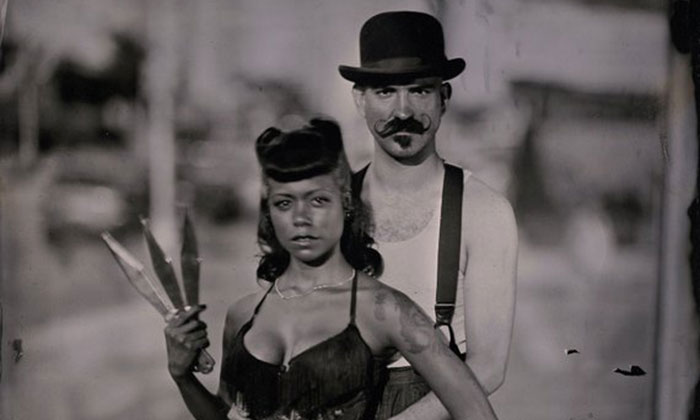 If Coney Island is the Vatican of sideshow grotesquery, The Curious Couple from Coney are nothing less than cardinals. Comprising human blockhead Donny Vomit and sword swallower Heather Holliday of New York touring revue Pretty Things Peepshow, the couple’s eponymous show brings to the Edinburgh Festival Fringe a rousing range of daredevil circus stunts honed during the past eight years in the historical Brooklyn hotbed of amusements, where they still perform regularly.

Experienced circus audiences grow used to seeing the same numbers over and over again, only dressed up in different gags and narratives by individual acts. Vomit and Holliday, on the other hand, present actual new stunts. Have you ever seen someone juggle knives and an apple while trying to eat it? Or a man pull a sword out of a woman’s throat with a whip? Neither had I. 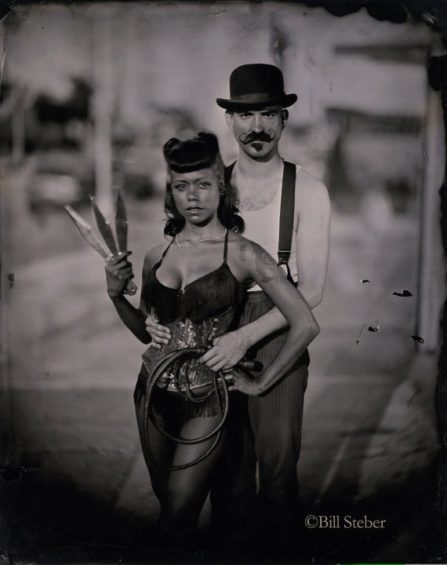 The Curious Couple from Coney: rousing sideshow marvels and weird shit in spades

Which is not to say The Curious Couple from Coney lacks showmanship. They follow that classic double-act structure pairing a sarcastic chatterbox and a silent foil. While Holiday gives him (and onstage volunteers) the occasional glimpse of reaction, Vomit smooth-talks the public through suggestive banter and stories from freaks of yore, as well as from the couple’s own journey. Together with their dangerous routines, they make a thoroughly enveloping hour of lowbrow marvels.

Guest performer Legs Malone, another New Yorker, adds to the programme an endearing burlesque sketch, comically struggling with her costumes in a charming, “oopsie-daisy” kind of humour. Playfully nostalgic, the segment contrasts with the gross material of the main duo, but still makes a good match for the old-fashioned carny theme of the evening.

The appeal of sideshows is unequivocal: you’re there to see some weird shit, and that they’ve got in spades. Vomit and Holliday go through their business with exquisite precision, promptly pulling off their strange feats without a hint of hesitation. Innovators of the unsettling, The Curious Couple from Coney are just the ticket to bring out all the mirthful amazement of that sadistic fucked-up child you keep locked inside of you. Be careful not to let it out for too long, though, or it might refuse to go back in.