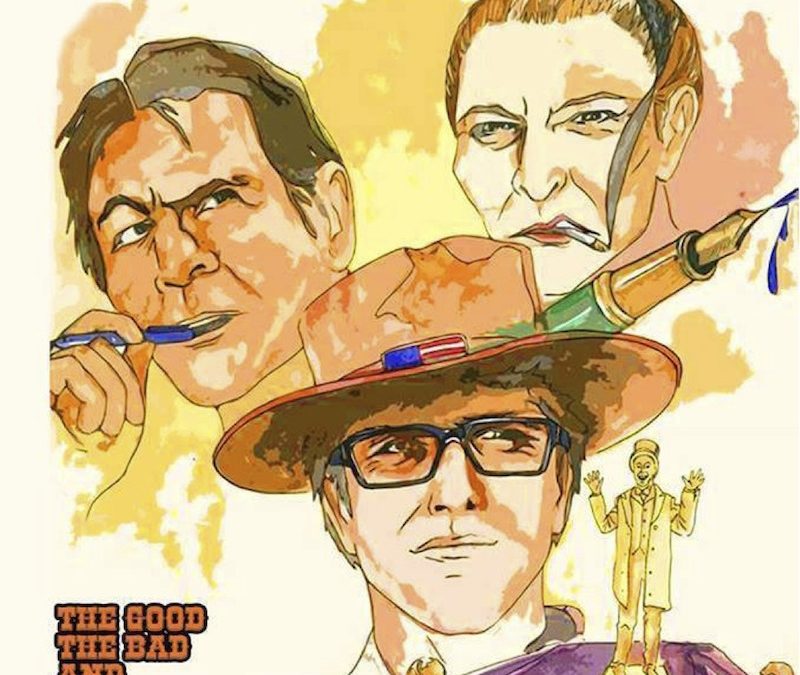 With critics increasingly in the firing line (and in, one case, in hospital), how could I not spend my last show slot of the Fringe taking in this new musical comedy from Charlesworth and Holland Productions? 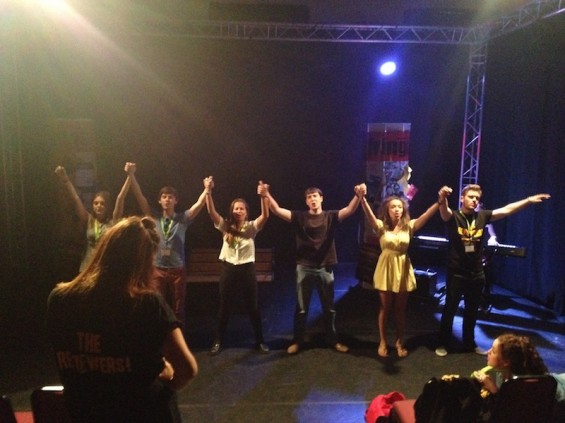 At Edinburgh Fringe, where many shows (and more than a few cabaret performers) try to bill themselves as comedy, The Reviewers doesn’t sell itself short.  Setting up for a showdown between wicked “Queen of the Mile” Keira Cochrane (Madeleine Hardy) – a vindictive failed actress turned corrupt critic – and enthusiastic American newcomer Henry Tiddle (Lyle Fulton) – who dons mask and cape to become “The Critic With No Name” – this production takes us from a world where reviewing is seen in black and white terms, to a rather different future.

I’m relieved to find that there is no particular vitriol at criticism in general, and laugh along as warmly as the rest through the witticisms and cynicisms that reflect a two horse town review scene.  The perspective clearly comes more from performers and “creatives” than the realities of the critical universe, which is understandable given the large numbers of said performance types the company are likely to cater to at Edinburgh Fringe.  Nevertheless, I feel they’ve only touched on the vein of gold that could give the show more depth and resonance beyond the Festival.

Critical territories are really dynamic and shifting at the moment, and there is definite treasure to be mined. I have no doubt that artists could benefit from a greater understanding of the essential and complex contribution that critique makes to the creative ecology.  Sat down at one of the “critics’ breakfasts” organised by A Younger Theatre over the Fringe, the talk inevitably turned to the devilish pressures to give star ratings; there’s been a growing buzz around embedded criticism; you can even join the discussion yourselves with the Theatre Dialogue crew.

But back to the show in hand.  Performances, from the company of Nottingham University students and alumni, aren’t all as strong as the script and score, but Fulton stands out. He’s believable in every moment, and interacts with the audience, onstage pianist, and other cast members, with natural ease.  Sam Greenwood of the ensemble is a confident and comic showman, and Aimee Gaudin is well cast as the sweet-faced and sweet-voiced Laura, although maybe at times too naturalistic for this tongue-in-cheek show.

Hardy has much better diction through song than speech, and communicates her numbers clearly.  I spot musical references to Rent, Jason Robert Brown, and Les Mis, but it’s not clear if these are intentional or not and, if so, could have been pushed further.

Presented on a Fringe budget, the set works well, even if the costumes are rather lacklustre.  The Reviewers pokes a clever finger at many familiar Festival issues, and I sit through the show with a big smile on my face, treated to lots of laughs.

I’m not the only one humming away to the closing melody as we exit the Greenside venue – a credit to Elizabeth Charlesworth‘s composition, and to a funny, feel-good musical, that will strike a chord with many performance folk.