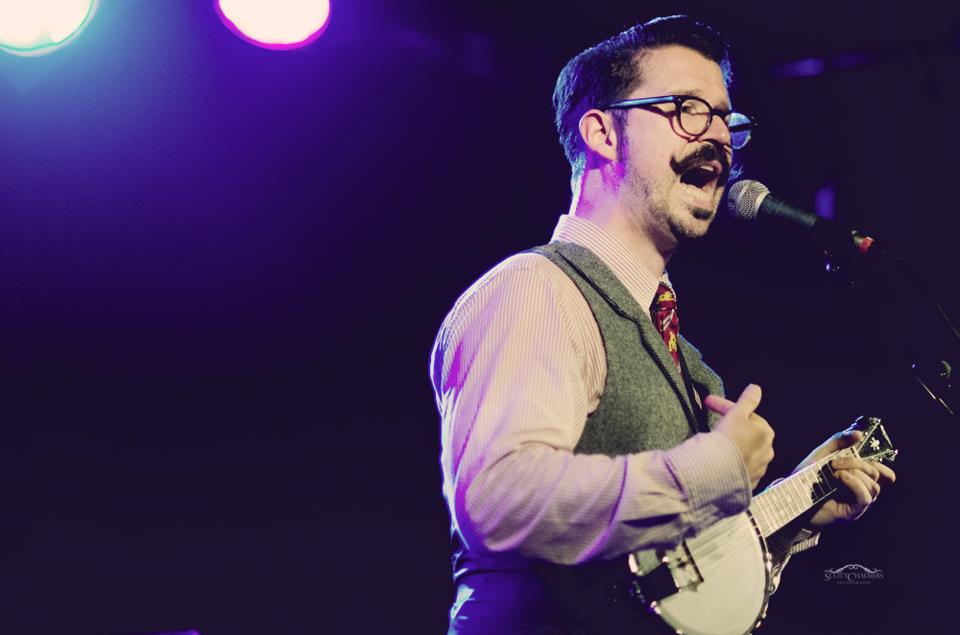 Banjolele-playing Mr. B is a deftly crafted character with oodles of charm. His newest solo show Chap-Hop Hoorah! packs many of his greatest hits, rich with laugh-out-loud lyrics. With the unusual addition of air conditioning – hoorah, indeed – the set is an upbeat hour of cleverly twisted rap at its most inoffensive. All crude suggestions are delivered with a Carry On “Oo-er” attitude. This is hip hop you could take your mum to.

Fringe venue The Voodoo Rooms provides a stylish setting for Mr. B’s quest to reconnect hip hop with good manners. With smash-hit performances at various festivals and the release of The Tweed Album, 2012 has been a good year for this gentleman. Both the new CD and the Mr. B club tie are available for sale at the rapper’s dates from his on stage assistant, butler Carshalton. The deadpan sidekick provides an entertaining accomplice throughout the evening. Watch out for his shining moment.

Mr. B has more impact as a featured act in a revue. In an hour-long show, due to the nature of his musical genre, it’s sometimes hard to catch all the lyrics (it’s not a show you’ll enjoy if you’re tired or hungover). But Chap-Hop Hoorah! has many saving graces. The Gentleman Rhymer’s skill with the banjolele is second to none, and on top of that he also flirts with a pianoforte, assuring us it’s purely to secure a listing in the cabaret section of the Fringe programme. New song Curtsey for Me is another delight, with additional comic moments from the supporting vocals in the backing tracks. Jamaican-accent dance hall, anyone?

Chap-Hop Hoorah! is good, clean, sing-along fun. How anyone would not enjoy shouts of “Skank it up now!” coming out of an immaculately dressed and moustachioed gentleman’s mouth is beyond me.