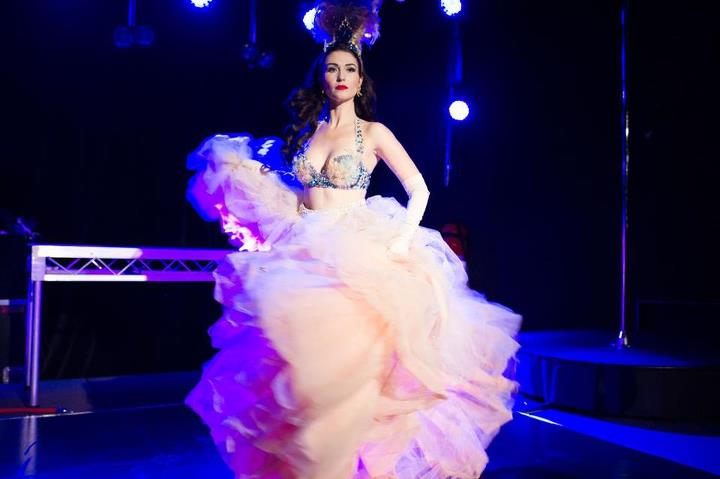 Sticking to what it says on the tin, Adelaide showcase Comic Strip features a rotating bill of three comedians and three burlesque acts. The setting in the Elegance tent at Assembly George Square is glamorous, but when only 50 people are in it, the atmosphere becomes sterile.

Producer and compère Asher Treleaven oozes a sleazy charm, despite a sophisticated retro 40s look. He moves effortlessly from eloquent wit to in-your-face crudity, and reminds me of a young Les Patterson. A show advertised as above relies very much on its host, and Treleaven seems the perfect man for the job, which is of course to host and not star – keeping the proceedings in motion as performers get set up, discarded costumes picked up, etc – but also to give the evening character and unity, rather than a random collection of performers. This he does with flair. 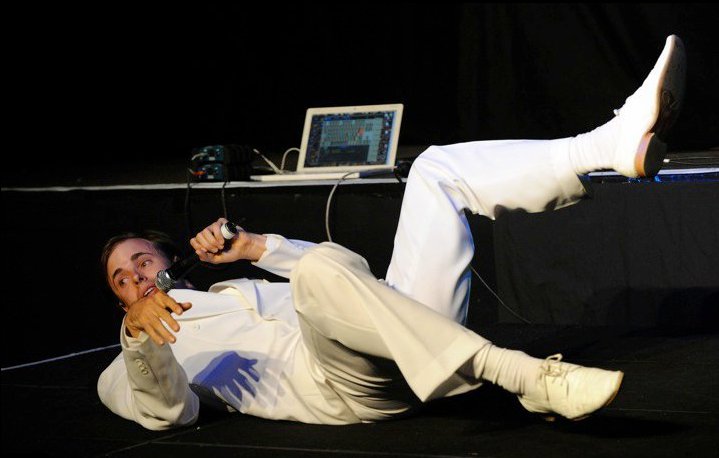 It also helps if you have good guests. Opening strongly with a sexy, glitzy, gold-glittery 007-inspired routine, Cherry Shakewell raises the bar high for burlesque in the bill. Co-producer Gypsy Wood performs an elegant nice-but-naughty classic fan dance to Three for the Road by The Johnny Staccato Band. Later, the signature cat-out-of-the-bin number by Kitty Bang Bang leaves the audience open-mouthed with admiration, lust and fear, and some with more than a little smear of cream. Sure moves, engrossing comedy and a punk disregard for the punters make this lady essential burlesque viewing.

The comedians alternating with the bump-and-grinders have different styles. Stuart Goldsmith’s attempt to create a love in with the public is a nice icebreaker. Representing the talking-about-yourself school of comedy, Jen Brister is funny, but I have heard too many comics make fun of a parent with a foreign accent. That sort of gag is a cheap laugh, and a safe politically correct way of mocking non-native English speakers.

In turn, Hannibal Buress (of Saturday Night Live and 30 Rock) presents a challenging world view with his sharp laconic delivery and uncompromising jokes, like vowing to give a baby away should he have triplets. The American performer goes places rarely touched by most comics. You are never quite sure where he is coming from, but people go with it all the same.

It’s a solid hour of fun, but burlesque alternating with comedy makes for a predictable programme, with a low number of acts. Other than that, the theatrical setting detracts from the sleazy casual ambience, especially with such a small group of people in attendance. Comic Strip is a club cabaret show hosted in a large setting that doesn’t suit it. As far as evidence goes, the chink of glasses echoing in a big venue is quite hard to ignore.