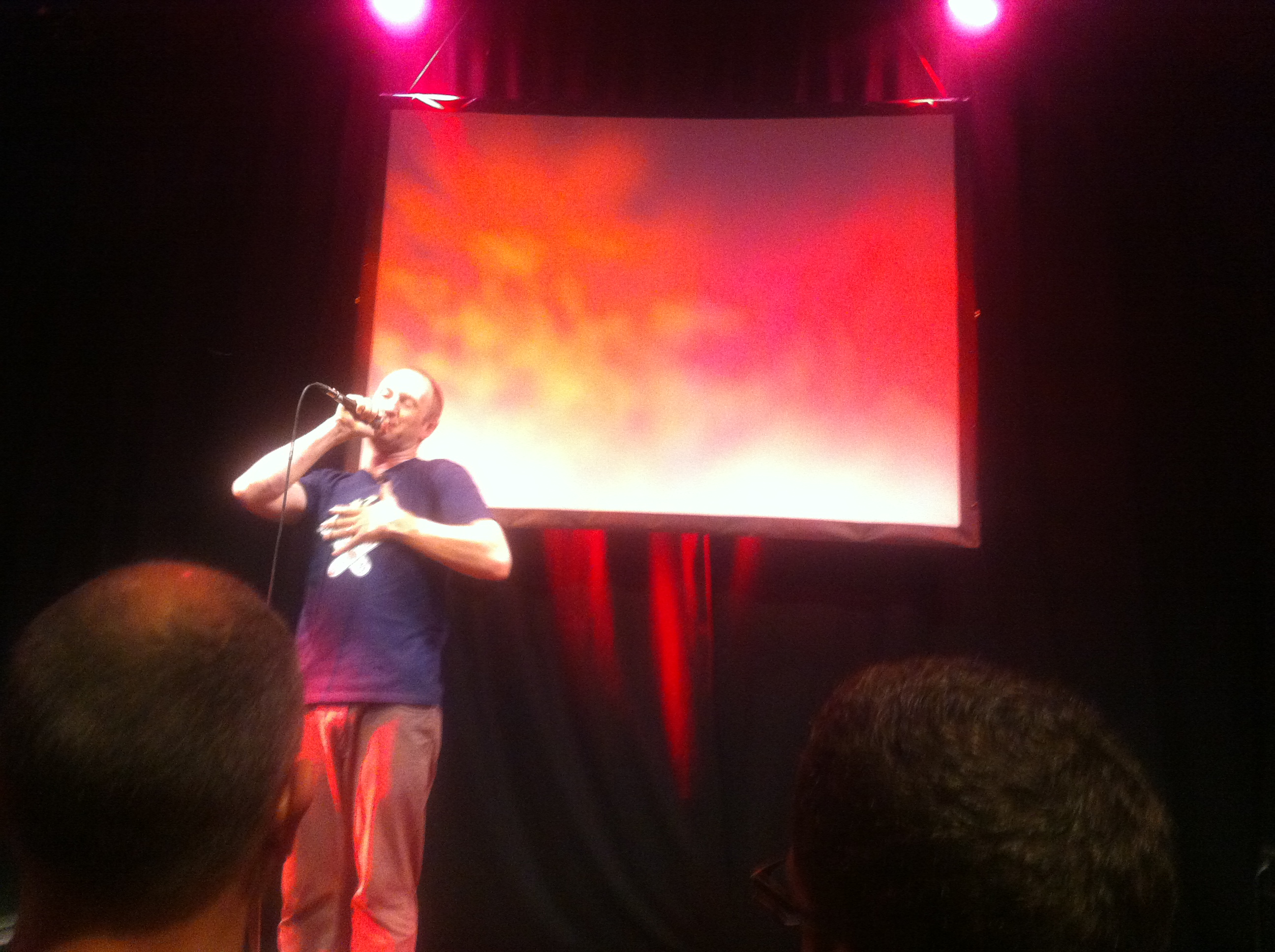 Somewhere between a hiphop gig, theatre, and a TED talk, lies Baba Brinkman’s latest show, The Rap Guide To Religion.  Never a direct dig at people for their beliefs, Brinkman is more fascinated with why we have them.  He’s investigated the science behind religious evolution, and is producing an album about it.  I like to call him a “rapademic”. 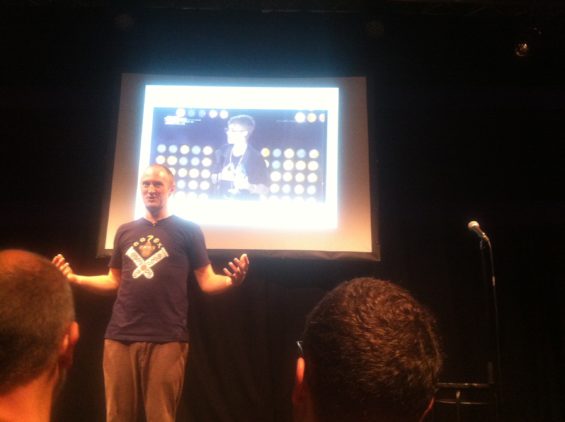 Powerpoint and rap, who’da thought it?

Growing up on gangsta rap, he really knows how to spit.  But if most mainstream icons write their rhymes based from the sex drive, and the prestige drive, Brinkman caters to something else.  The drive for explanations.

He gets us tribal and instigates gang warfare, he lets us play one of our favourite pastimes – laughing at celebrities – and he teaches us some impressive long words.  Teleology.  Toxoplasmosis.  In between the powerpoint graphs and video clips of famous rappers, he brings some of his own tracks to life.  We hear the acceptance speech for his recent Friend Of Darwin Award (he thanks the Lord); he raps about his own heritage and preacher’s blood; the Ten Commandments of Cultural Evolution are pulled out of his beats bag.

With a strong theatrical sensibility to his performance, and an understanding of the importance of narrative structure, the material keeps our brains buzzing without frying them completely. Brinkman’s fast-talking (in gentle Canadian accent) reveals his passion for both the subject and the mode of his performance; in fact the two are often referential to each other.

For all its sins, religion does fulfill a societal function that, apparently, our brains are preconditioned to embrace.  A Rap Guide To Religion could be a temple for atheists, with the feelings of solidarity, ritual and celebration that the performance environment creates for its audience.

I don’t want to give away all the revelations of the show, but here’s a point to ponder.  The more religious people are, the more they tend to breed.

Brinkman is also appearing in two other productions this Fringe, which will no doubt add to his awards collection from previous stints here.  The Canterbury Tales Remixed is, as you’d expect, a character rap-based retelling of Chaucer’s classic – it was even written like a 13th Century rap battle, Brinkman has just updated it.  Then, with his real-life neuroscientist wife, he presents a free comic look at what goes on in the brain during improvisation, in Off The Top.

Brilliant and unique, Baba Brinkman uses his talent in a very special way.  And he seems a really nice guy.  I catch him whenever I can.