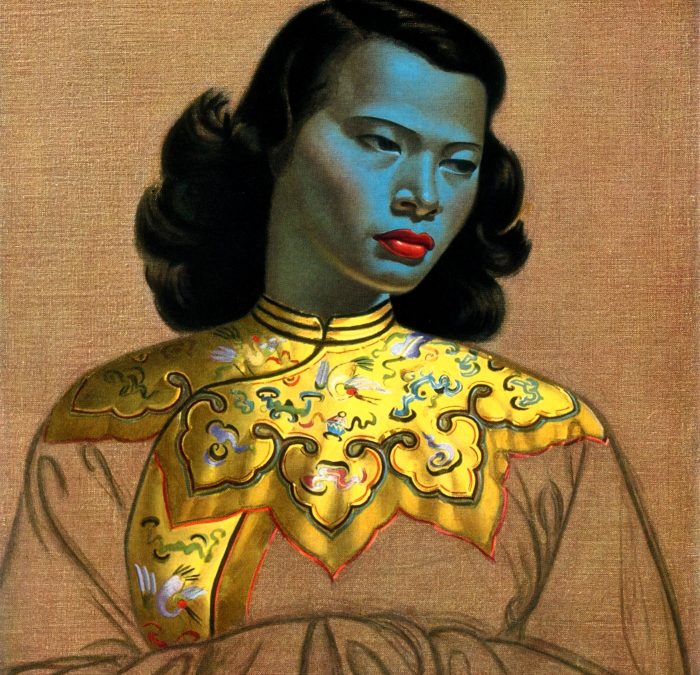 Vladimir Tretchikoff’s original painting Chinese Girl, the inspiration behind Tricity Vogue‘s hit musical comedy show The Blue Lady Sings, is up for sale in March. Painted in South Africa in 1952, it will be sold through London’s Bonhams auction house on March 20. 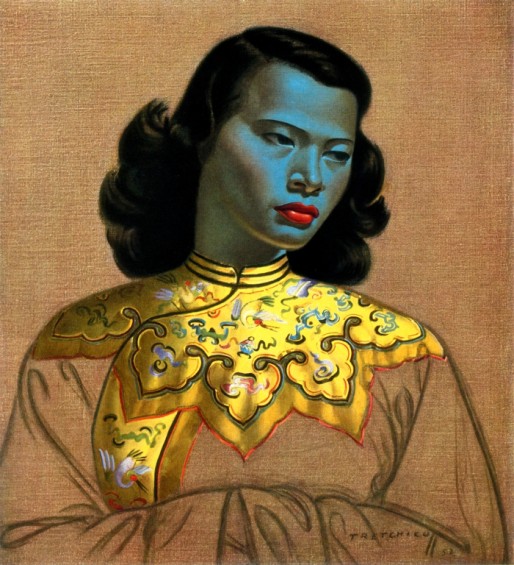 Those unfamiliar with the painting may need to ask their parents about it. In the 1960s and 1970s, while students were covering their walls with pictures of an arse-grabbing female tennis player, Chinese Girl became one of the world’s best-selling art prints. Tours in the earlier 1960s saw Tretchikoff outsell rival exhibitions by Pablo Picasso and Mark Rothko while his London opening (at Harrods, no less) attracted over 200,000 people.

Tricity Vogue as The Blue Lady

Like many a modern cabaret performer, Tretchi (as he was affectionately known) knew deprivation and adversity. He was labelled “the king of kitsch”, a title he hated but which did nothing to dampen his success: at one point, Chinese Girl (also known as The Green Lady) outsold copies of the Mona Lisa.

Ms Vogue has more than a passing acquaintance with the painting. She has her own copy that she bought for £70 and hangs on her bedroom wall. As The Blue Lady, she has performed at the Edinburgh Fringe and the Royal Vauxhall Tavern. Londonist called her “the coolest indigo girl since Smurfette.”

The Blue Lady character was also the inspiration behind her creator’s first album, also called The Blue Lady Sings. The album can heard be heard online, either on Ms Vogue’s website, on Spotify or below.

Those looking to add the original to their collection of fine arts will need to dig a little deeper than £70. The BBC estimates that auction bids could reach half a million pounds. Ouch.

More information on Tricity Vogue can be found on her website.