Falling Up Falls Right Into Place At Jacksons Lane 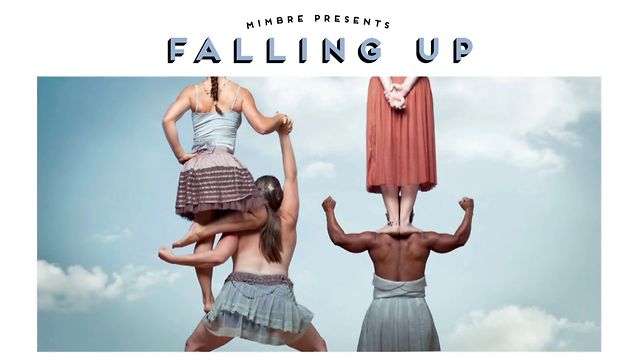 Possibly the most relevant and perfect choice for a venue ever made, Falling Up’s adventure tour of experiences slots perfectly into Jackson Lane’s winding winding rooms and secret doors. 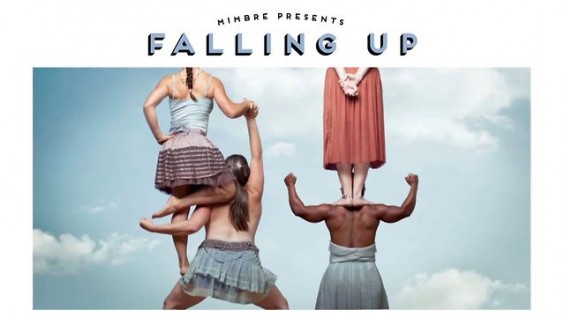 Jacksons Lane’s Postcards seasons continues with a brand new version of Falling Up by the all female street theatre company Mimbre.

The audience is led through a journey by four acrobats, the same four who make up the entire cast but fill the space as if they were a thousand strong. Their unrelenting enthusiasm and vivacious energy gets the audience giggling right from the get go. Despite the small scale of the production, with only a few props and a limited stage design, the four women use every piece of space to its full potential as they clamber over every inch of the stage.

With a distinct focus on the pressures of being a performer, the show centres around the theme of body image and self critique. Visitors move through four rooms hosted by a different acrobat, each describing a different artistic pressure. Themes include body size, shape, having a unique body and the strain of juggling multiple responsibilities.

Each audience member is presented with a sweet in the cafe on arrival and is then distributed into groups and led through the weaves and paths of the old Gothic church. We meet a girl with a tape measure who is celebrating her size before suddenly realising one measurement is less than satisfactory. We also meet a mother juggling the multiple stresses and strains of keeping her performance and family life going simultaneously. An enthusiastic performance from Alison takes a comic turn as the audience is encouraged to chant “LEGS” whilst she describes her own, unique pair. The final performer seems to be attempting to keep to the stereotype of a dedicated performer, stressing about diet, torn between a healthy apple and the sin of a luscious, delicious doughnut.

For the finale the cast brings together each individual character brilliantly as they fill the main theatre stage with a range of impressive acro-balance and physical theatre. Retaining all character traits right through to the end, the cast put on a good show that is both entertaining and commendable. A few sections drag on slightly, including lots of movement within the space that never seem to lead anywhere. At points, the foursome split into two pairs performing contrasting unison routines. Both pairs present excellent combinations of gymnastics and balance, however trying to concentrate on both simultaneously is difficult. It feels as if we are constantly torn between which couple to watch. This is a testament to the choreography but awkward as a spectator.

For such a small cast, Mimbre manage to entertain and wow the crowd throughout the show, mixing audience interaction (such as flower throwing and a little audience aerobics) with a traditional routine performance. An easily transportable show with great development potential, this company and cast will fit well into any big or small performance space, making their show both enjoyable and highly flexible.