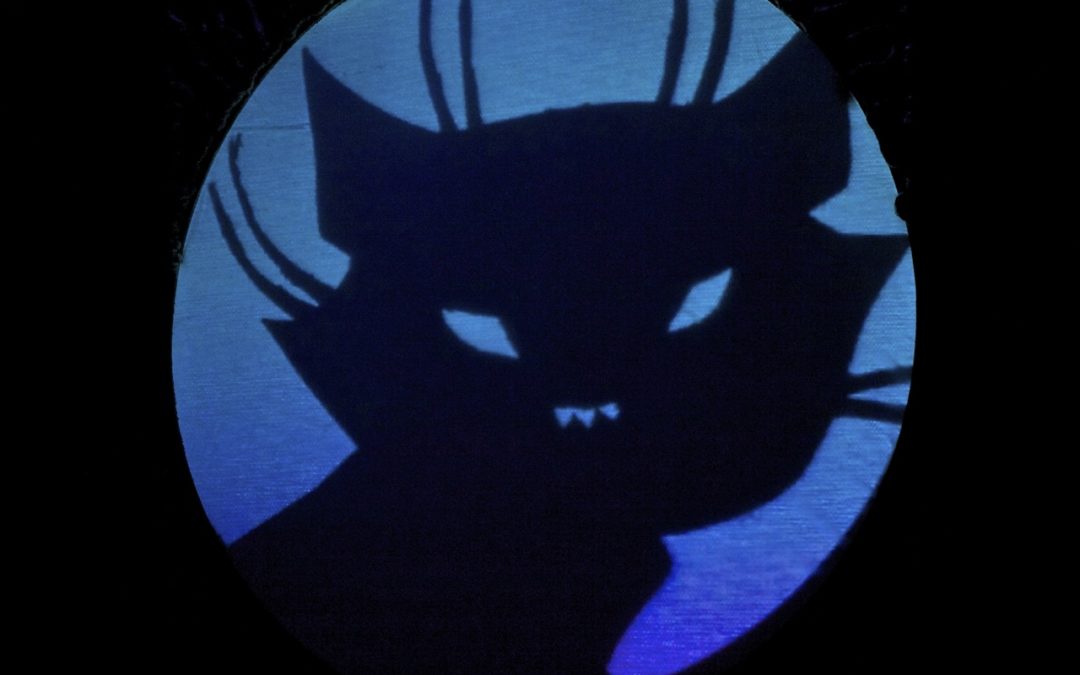 Weekends will not be the same now that two of London’s finest supperclubs have announced the end of their residencies at the Café de Paris.

Both the Black Cat Cabaret and the Wam Bam Club will be moving out of their Café de Paris home as the iconic venue moves into a new era. From next year, the venue will follow the paths taken by venues like Proud Cabaret and House of Wolf by producing its own shows.

Whether in its current guise or its previous incarnation as La Reve, the Black Cat has been providing scintillating Friday night entertainment with a dark twist for some years. Dusty Limits has fronted both of these shows and is a co-producer of its most recent version. He will undoubtably miss the Café’s hallowed ballroom modelled on that of the Titanic. It has been Limits’s lair, a place where he has given some of his most assured performances while occasionally sitting on diners’ laps and swiping swigs of wine from those foolish enough to leave their glasses within his grasp.

Alongside his fellow producers Vicky Butterfly and David Harris, Limits has attracted to the Black Cat a constant flow of high calibre artistes from around the globe, something that has been a signature factor in the success thus far of this soon-to-be-missed weekend opener. The trio’s final message pays tribute to the collaborative nature of the show: “Huge thanks to the highly skilled team of performers and technicians who helped us realise our vision for this dark and delicious spectacle – for their skill, dedication and most of all for the camaraderie that made every show sensational (and justified every hangover). Most of all, we’d like to thank our audiences for being so attentive, appreciative and outstandingly attractive. We raise a glass to you all!”

Those looking to cross the Black Cat before it leaves the Café (presumably through a large flap) had better hurry as its last show there will be on 22 November (co-incidentally the same date that JFK and Thatcher left office, albeit in markedly different circumstances). In December, the dark feline can be found at the nearby Café Royale presenting the next chapter in its history. Called the Salon Des Artistes, Limits and Lili La Scala will welcome audiences to this new supperclub at the Grill Room on 6, 7, 13 and 14 December. 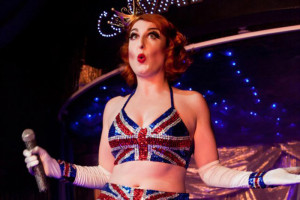 The Wam Bam Club’s host and founder Lady Alex is excited about the move to the Bloomsbury Ballroom.

Its Saturday night counterpart has a lighter mood but is no worse for it. Indeed, the Wam Bam Club have been treading the Café’s boards for several years, having started aboard the Battersea Barge in 2007. Founder and host Lady Alex and weekly regular Bunny Galore have held the fort together for all that time, a fort largely filled with burlesquers alongside other variety performers. The show will continue in its current slot until 30 November, thereafter returning for two farewell shows the following month on 21 and 31 December.

The Club is going West from in 2014 to a new haunt, the art deco Bloomsbury Ballroom in Holborn. The subterranean space has already been used by Wam Bam since the beginning of the year for a number of events held on Fridays. Lady Alex appears to be looking forward to going down under, saying “I am so excited about the New Year – it’s going to be huge for Wam Bam. Moving to the Bloomsbury Ballroom allows us to finally realise our Wam Bam dreams and create the ultimate Wam Bam experience. Wam Bam at Bloomsbury Ballroom has taken London by storm, proving high glamour is back in fashion at this gorgeous art deco venue. We can’t wait to welcome you to our new home in 2014.”

Wam Bam’s new setup and schedule will be markedly different from their current arrangement with both a traverse stage in the centre of the room as well as a separate stage at the far end of the room. Rather than a weekly slot, the Club will now happen twice per month after opening in January. The intention is still to keep Wam Bam as a supperclub with a two hour show with the emphasis on vintage glamour, swing music and lashings of burlesque in both group and individual forms. Shows have already been announced for the following dates: 25 January, 8 and 22 February, 1 and 22 March, 5 and 19 April, 10 and 24 May, 7 and 21 June, 5 and 26 July, 2 and 23 August, 6 and 20 September, 4 and 11 October, 8 and 15 November and 13 and 20 December.

More information can be found on the official websites of the Black Cat Cabaret, the Wam Bam Club and the Café de Paris.