Edinburgh Fringe Review: Jojo Bellini’s This and That – A Late Night Tasty Delight 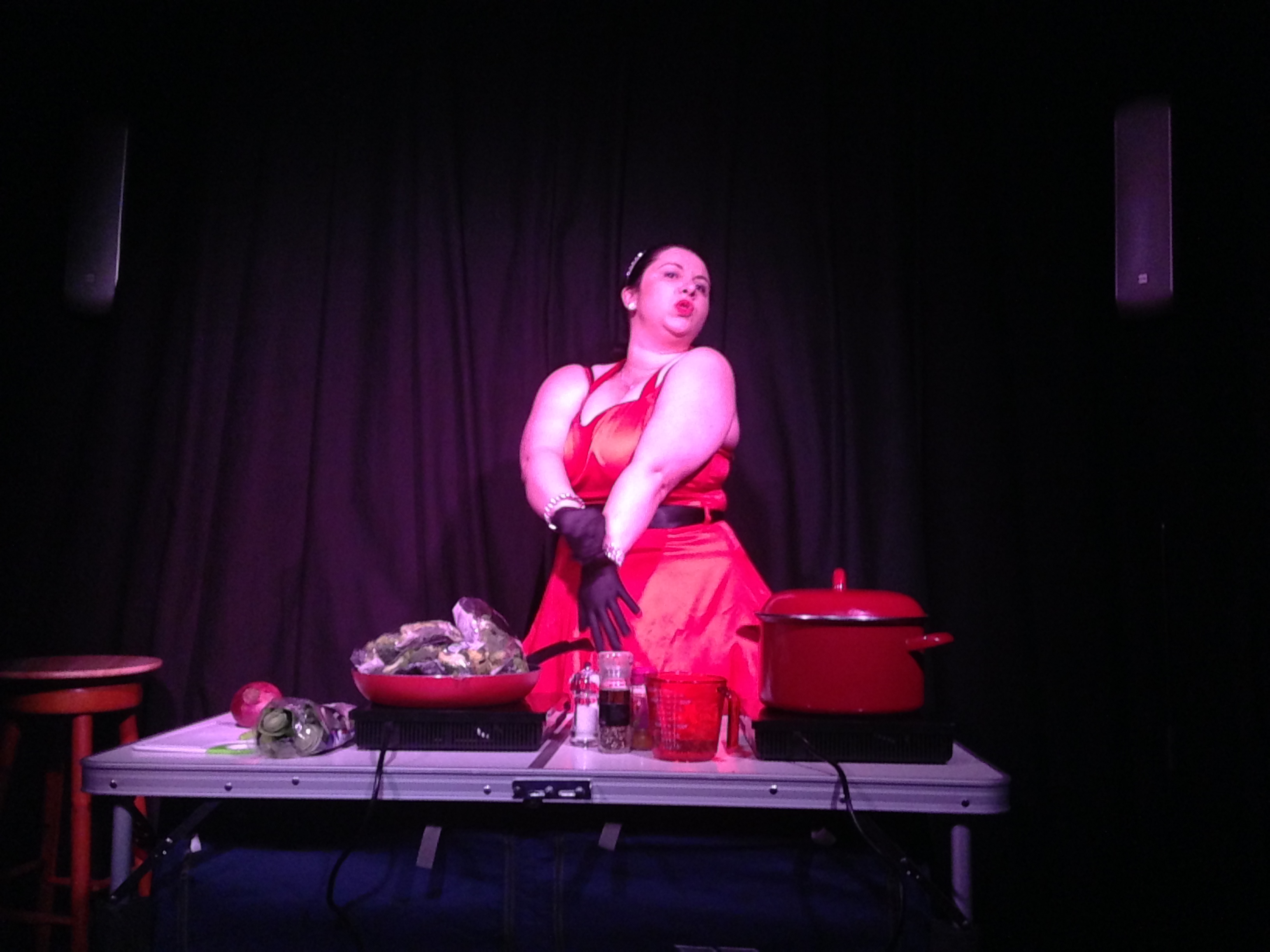 Doilies, red satin, Tom Jones and free food prepared before our laughing eyes… Welcome to the oddball world of Jojo Bellini, and Australian performer who is, as she tells us, ‘just an ordinary girl. Sort of.’

Channeling her Welsh heritage on her grandfather’s side, and a love of cooking inspired by her mother, the winking, cheeky Jojo creates her own world of glamour inside the domestic confines of the kitchen. She loves to sing while she’s cooking, we learn, unselfconsciously letting rip along to her favourite Tom Jones tracks – words slightly adjusted for context and immediacy now and again – whilst whipping up a special soup for us, with dessert to follow.

This is real food, and actual cooking. We actually get to eat it. Tonight is vegan night, and the menu is fully fitting to the themes of the show, with timings cleverly coordinated to tie together the essential business of food prep and the storytelling and song lyrics.

Whilst Jojo’s hero may have ‘a larynx of platinum and tonsils of gold’, our hostess is just one of us. Initially wary of the sometimes flat songstress, I warm to the genuine and committed nature of her vocal performance that is, it transpires, completely fitting theatrically, and courageous personally. We get many of The Voice’s classics, as well as some new ones on me, weaving together with the autobiographical narrative and culinary preparations.

Jojo is a performer who is totally at home with an audience, and this is only her debut show.  She has a little bit of special attention for everyone, even before the food is served (to a rendition of ‘Help Yourself’, obviously!). Remember the sculpting scene from the film Ghost? Turns out the Righteous Brothers weren’t the only ones to record Unchained Melody…

Whilst brilliantly written, it’s Jojo’s personality that runs the show (although Gav on tech is pretty useful too), and this is the first hit I’ve had of genuine belly laughs this festival. At the Fringe only until this weekend, you could be catching a taste of big things to come if you make it down to dinner.