The Doctors Are In: Check Out The Curiousity Cabaret This Week 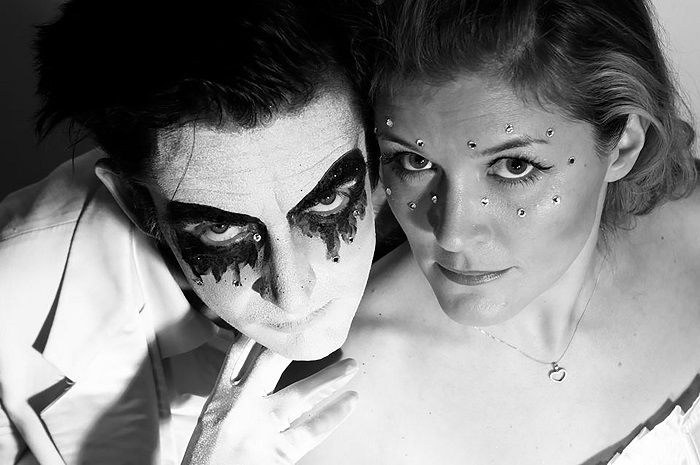 Medical history meets cabaret this week for a new show which takes places in one of London’s most atmospheric venues. 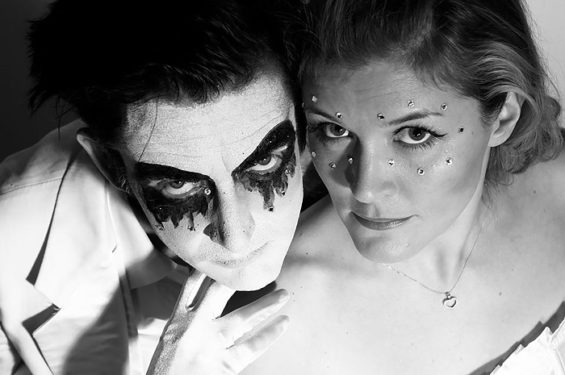 Desmond O’Connor and Zoie Kennedy of Twice Shy Theatre appear in The Curiousity Cabaret this week.

Inside the creepy-as-all-hell Old Operating Theatre, the first episode of The Curiousity Cabaret brings together musicians, doctors (the useful kind) and some bizarre gadgets for a fun-and-facts packed journey into the past.

The first topic is the voice which is creatively explored through song, comedy, clowning, sword-swallowing, drama and a truly fascinating medical lecture from a real medical lecturer. Lummy.

The show continues until Sunday so get a move on if you want tickets. We asked the host and founder Dr Clive what sort of pathology would drive a sane mind to come up with such a crazy combination.

Where did the idea first come to combine medicine and cabaret?

I am a doctor-turned circus performer. I have been running a variety circus show called Dr Clive’s Circus for about 4 years now. However, I wanted to create a more educational show with a stronger foundation in science. In this way, I thought I would be able to bridge the gap between science and circus. These are my two passions in life. History of medicine is an incredibly rich of source of information and therefore an ideal subject to base a cabaret on.

You’ve collected quite a crew of cabaret talent, not least yourself, Henry Maynard (Boris & Sergey) and Desmond O’Connor. How will they be contributing?

I will be the host and guide for the evening. Desmond O’Connor has composed all the music for the show and will be demonstrating many aspects of his versatile cabaret talents (including some thrilling mentalism). Henry will be using playful clown and haunting puppetry to examine voice and voicelessness.

The audience is introduced to some strange medical equipment: the laryngoscope, the ammoniaphone and, um, the liver invigorator? Will we need a science degree to understand what’s going on?

No… but it will help. I’m just kidding. The show has a lovely mix of the profound and the profane. Part of my role is to translate the science into something digestible for the audience. The show has a strong foundation in science and therefore there is a lot of attention to detail. However, I think that everyone will appreciate this whether they have a science degree or not.

What drew you to The Old Operating Theatre?

The Old Operating Theatre was an amazing find by my producer Eleni Kyriacou. It is one of the oldest surviving Victorian operating theatres in Britain, built in 1822. It also houses a Herb Garret – a little curiosity museum full of body parts in jars! As soon as we saw it, Eleni and I knew that we wanted to have our first show there. It is incredible to see the operating theatre come to life once our show begins!

What can you tell us about future shows?

This is the first in a series of lectures and demonstrations on the human body. This first show has been all about the science and history of the voice, but the next show (probably in May/June time) will explore a different part of the body in a different venue – the science of dreams, balance, sex, who knows! I am currently in discussion with another fascinating history of medicine academic and we will be confirming the topic shortly. So, watch this space!

The Curiousity Cabaret continues until this Sunday. More information and tickets can be found on their official website.