“Do You Dare?”: Red Bastard Throws Down Gauntlet To London 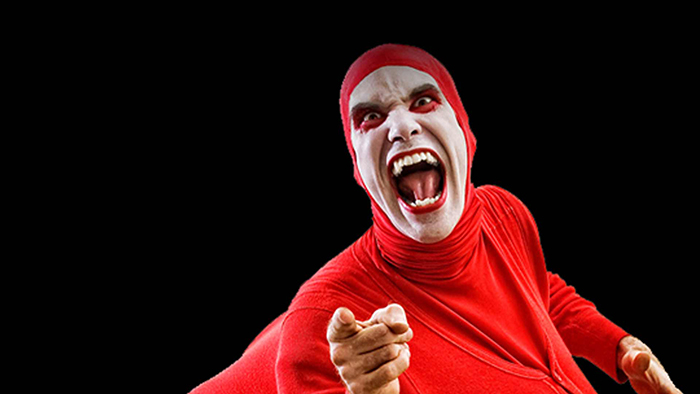 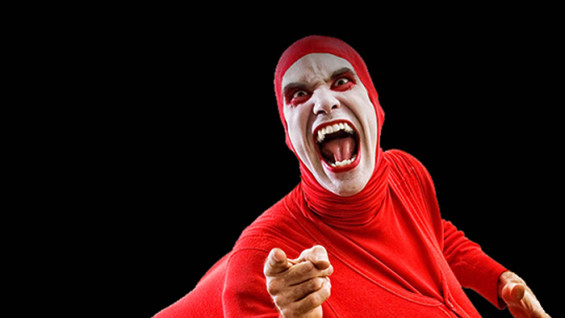 Be scared, London. Be very scared.

London: be scared, be very scared. One of the hits of last year’s Edinburgh Fringe is coming south for the spring and bringing his brand of confrontational humour with him.

The Guardian called Red Bastard “one of the Fringe’s most talked-about acts, for better or worse…part comedy, part abuse, part self-help seminar” but what do they know*? We can make up our own minds later this month when the crimson unitarded one invades the Pleasance Theatre for a week of shows.

Before then, there’s a chance to win tickets to his shows by accepting his dare. So what exactly does he want us to do? Roll VT to find out.

Red Bastard will be appearing at the Pleasance Theatre from 29 April-6 May. More information on his shows can be found at the venue’s website.