Back from Broadway: Cynthia’s Comin’ Home 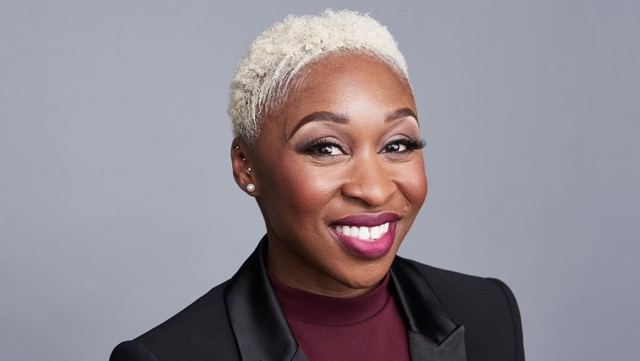 There are few divas for whom you would queue an hour in the pouring rain on a cold night in January, but it was almost worth getting trench foot to witness the extraordinary, uplifting, generous and eclectic ‘comeback’ concert with which Cynthia Erivo chose to favour her loyal London mailing list.

Only circulated a week before, it was an instant sellout and even snaking down the flooding pavement the excitement was shared like we were a secret sect as customers spilling out of steamed-window Shoreditch eateries asked what we were queuing for and shrugged off our enthusiasm with a ‘never heard of her’.

But that is their loss, because not only did Ms Erivo leave London a definite musical theatre star on her way to The Color Purple on Broadway, she has returned with her brightness burnished to a dazzle, and with a trail of performances and landmark events she was visibly excited to share with this loving crowd.

Her voice has grown significantly since The Color Purple at the Menier Chocolate Factory or Dessa Rose at Trafalgar Studios.  It was her 30th birthday a couple of weeks before this concert yet there are moments you look at Erivo – and this is only a compliment – and think she seems ageless. She has such mature vocals, and has already mastered so many musical genres and sings so reflectively that for a moment she might have a look of Joséphine Baker and a lifetime of experience in her phrasing.  Baker was a civil rights activist, too, and Erivo certainly doesn’t shrink from political engagement either.

Everything was introduced with an anecdote highlighting her extraordinary year – one of her most moving being singing ‘The Impossible Dream’ in a segment representing JFK at the Kennedy Centre Honors in Washington, when Aretha Franklin joined in the chorus and the Obamas were in the audience.

She is resolutely unafraid to tackle the iconic – how else could her concert include Billie Holliday’s ‘God Bless The Child’, Eva Cassidy’s remarkable 1992 arrangement of ‘Somewhere Over the Rainbow’ and perhaps most daring of all, allow her to outshine Whitney in ‘I Will Always Love You’ which brought the house down. She sang a rare Etta James track, and to thunderous applause, welcomed to the stage her friend Leslie Odom Jr, star of ‘Hamilton’ for a duet from the show before introducing the wonderful ‘You Will Be Found’ – first-act closer from the Broadway musical Dear Evan Hansen, written by her other friends Benj Pasek and Justin Paul.

She can belt, she can blast the rafters, she can improvise, but she never over-decorates: seizing the Carole King anthem ‘You Make Me Feel Like a Natural Woman’ she drove the words home harder than Aretha herself, but constantly pulled them back to a confidential whisper, especially on the title phrase.  She spoke, as always, to the room, but if she was privately aiming this at her partner, Aladdin’s Dean John-Wilson who she namechecked in the audience, he is truly the luckiest of men.

And so, for two hours, were we.