Cirque Tsuica and the Art of The Brass Band 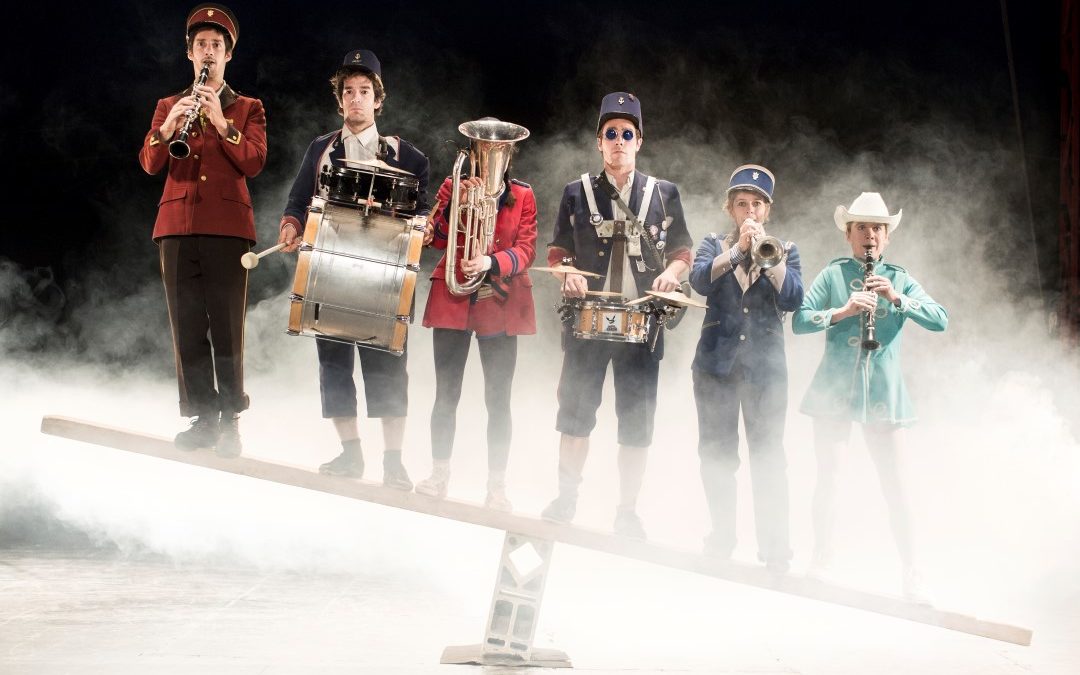 We all know London is great for bringing in big performance names and hiding out in tiny corners, but it can be easy to forget that some of the most exciting work is the stuff that tours the regions. Just like Tour de France, Cirque Tsuica begin their UK visit in Yorkshire this weekend, and the closest that their latest series of shows come to the capital is a one night stand in Luton on March 10th.

But if you can track the French circus down on their journey (which also takes in Oxford, Derby, Poole, Sutton, Warwick and Newbury), Opus 7 promises something rarely seen on British stages. As well as being acrobats, the artists are also skilled musicians, and brass instruments feature heavily in the show, injecting the traditional circus energy and playful spirit into a contemporary style performance.

What’s more, the visiting troupe will also be joined by local brass bands, who have been preparing since before Christmas with Cirque Tsuica’s musical director, Camille Secheppet, in workshop rehearsals. Each town will add distinct local flavour to the show, incorporating their own influences within Tsiuca’s own compositions of Balkan brass and American jazz. It’s a sad fact that the British brass band tradition is on the wane, as two of the towns were unable to find any local participants to get involved. This seems like a great way to reinvigorate a fading culture and bring it up to date.

Cirque Tsuica hail from the Cheptel Aleȉkoum collective in the remote French village of St-Agil. Most of the collective met as students at the French national circus school CNAC, and now live, train and work together in a community of around 20 – when they’re not touring the world of course! From one farmhouse with a circus tent out back, the collective have become a real fixture of village life, as now a fifth of the 250 inhabitants have a circus connection.

They’ve been brought to England by the Circus Evolution project, which is an Arts Council-funded initiative managed by Crying Out Loud. Working with nine different venues, the three-year project is dedicated to sharing quality contemporary circus with new audiences across the country.

Community has always been a strong part of circus life, so combining local communities of British towns with members of the Cheptel Aleȉkoum collective is a great way to open up that spirit further. And if you thought acrobatics were impressive on their own, try watching artists flip, dance and tumble whilst playing their musical instruments at the same time!