Cirque Alfonse: “Circus is all about believing in what you think is not possible” 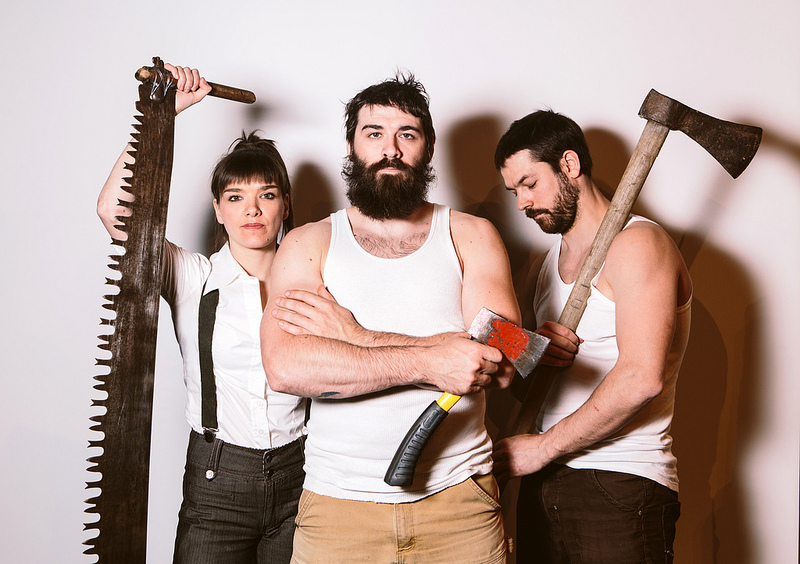 Few circus troupes have more romantic origins. When grandfather Alain Carabinier was growing up in Switzerland in the 1950s, his dream was to run away with the circus. Instead he became a champion skier, then travelled round the world as something of a hippy before meeting and falling in love with his future wife in Ecuador. The couple returned to her native Montréal and settled on a farm in the woods of rural Québec where they had two children; Antoine and Julie.

Alain coached the local football team and the children grew up putting on little plays as fundraisers, eventually going on to train professionally in circus and dance. As a 60th birthday present for their father, and as a thank you present for the hours he spent ferrying them to and from circus and dance school, the siblings created a circus show for Alain to star in which was performed in 2006 under a big top in their local village. He had never been on stage before in his life but Alain finally got to run away with the circus in his 60s. 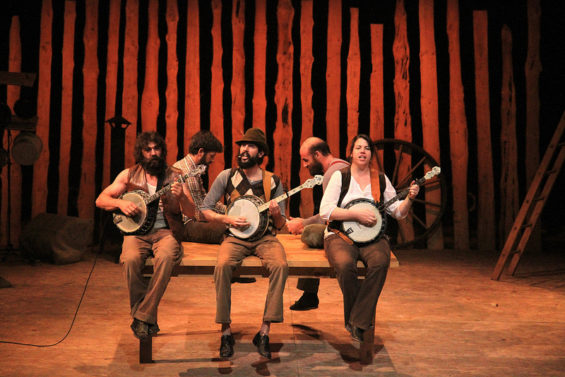 The Canadian troupe can be seen until 31 July.

As a surprise, all his friends and family travelled from Switzerland to Québec to see the show, and it was such a success that Cirque Alfonse was born. The family named the company after the village near their farm: Saint Alphonse-Rodriguez. Their show Timber, a musical and physical celebration of the ways of the lumberjack, comes to the Southbank Centre this month. We grabbed a word with Antoine during their preparations.

Alain, Antoine, Arthur and Alfonse – is there a family tradition behind the alliterative naming?

Not at all… I never even realised that!

First of all, my Dad is fit, but not that fit! He did a lot of sport when he was young – he was a champion skier in Switzerland, where he grew up, and also played a lot of football. Now he stays in shape by doing lots of sports with my Mum, who is also in her 60s. They go cross country skiing and cycle a lot. A few years ago they cycled from London to Switzerland together!

The show is making its UK debut – will you be changing the show from what has been seen in other countries?

It’s exactly the same show coming to London. The only thing that is different is when my Dad reads a letter to his Grandson Arthur, who is two, which he will read in English. The rest of the show is not changing.

Canada stands tall as a country when it comes to circus. Why do you think this is so? Coincidence, the standard of circus schools or something broader?

I think the circus phenomenon you find in Québec owes a lot to Cirque du Soleil. What they have created opened a big door for circus in Québec and abroad. We also have The National Circus School of Montréal, in the same Saint-Michel district where Cirque du Soleil are based, which is one of the best circus schools in the world. I think the open-minded nature of Quebecois people and all the history and tradition of music, dance and theatre play a big part too. 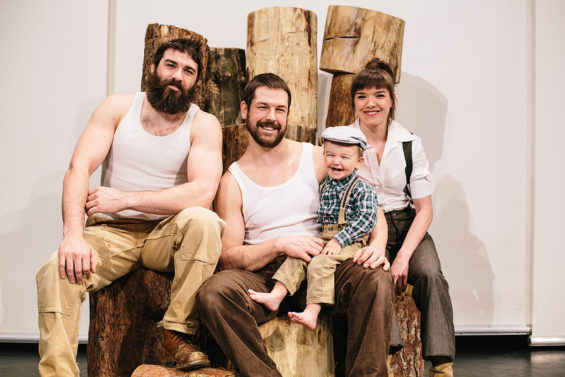 The troupe includes three generations of the same family.

Do you have any major ambitions for the show after it leaves London?

What is the greatest single piece of advice you’ve been given and why?

To follow your dream and believe in it. Circus is all about believing in what you think is not possible, but if you work hard and love what you do everything is possible!

Timber begins this Wednesday at the Southbank Centre and continues until 31 July. More information on the show as well as ticket prices and availability can be found here.

Meanwhile, clap your eyes on this trailer.