Circus Treats: What’s On in November 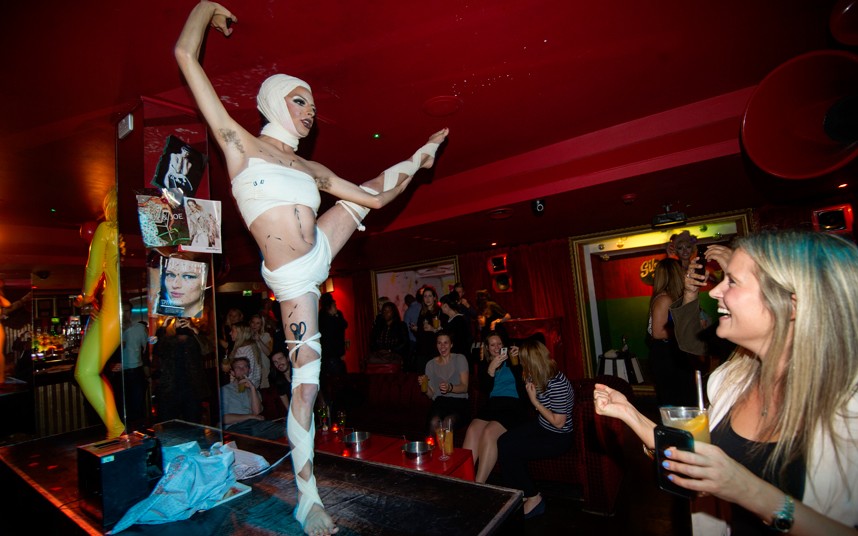 So it seems there’s plenty of circus filling the capital this month! And there was I thinking I would have to fill up November’s guide with themed club nights and events, like the Cirque Noir evening at Shoreditch Trapeze Bar on 19th, the weekly Circo Du Guanabara nights in Holborn, or the Leicester Square Theatre‘s Secret Circus cabaret on 26th. Not forgetting, of course, the ever-popular weekend shows at the Aeronaut in Acton, the decadence of Cirque Le Soir, or the dinner-shows of Cafe de Paris.

But, as it turns out, there are a host of other shows to take in too. The Southbank Centre‘s Spiegeltent presents glamourous international cabaret La Soirée until 17th Jan, and Hyde Park will be opening up its Winter Wonderland on 20th, with daytime family shows from Zippos Christmas Circus, and night time excitement with Cirque Berserk‘s Adrenaline in Zippos’ Mega Dome big top.

Jackson’s Lane is celebrating their 40th Anniversary with a special Gala Evening on 25th, which includes brand new commission Meta from Gandini Juggling (also showing from 21-24th), and The Place is once again hosting the annual Currency Festival which, if you miss it in person on 4th, 7th and 11th, is also available via live stream and archived on YouTube.

Triple bill Circus Mayhem is appearing at the Albany on 7-8th as part of their UK tour – featuring perambulating pianist Rimski, speed painter Jon Hicks, and slapstick clowning trio BettiCombo -while the Roundhouse will be playing host to comedy fellas Slightly Fat Features, from 25-28th, on the London leg of their A Fat Lot of Good tour. Other touring productions in theatres around the UK this month include Ockham’s Razor’s latest show Tipping Point and, for the kiddies, the Olivier award nominated adaptation of Jacqueline Wilson‘s children’s book series, Hetty Feather, which features aerial performance directed by ex-Pirate of the Carabina, Gwen Hales. Plus, as always, you can hunt down tenting companies who might pop up around the country by checking this list.

Give us a shout if we’ve missed anything out, and see you next month for the final, festive, run-down of 2015!