Circus Treats: What’s On in April 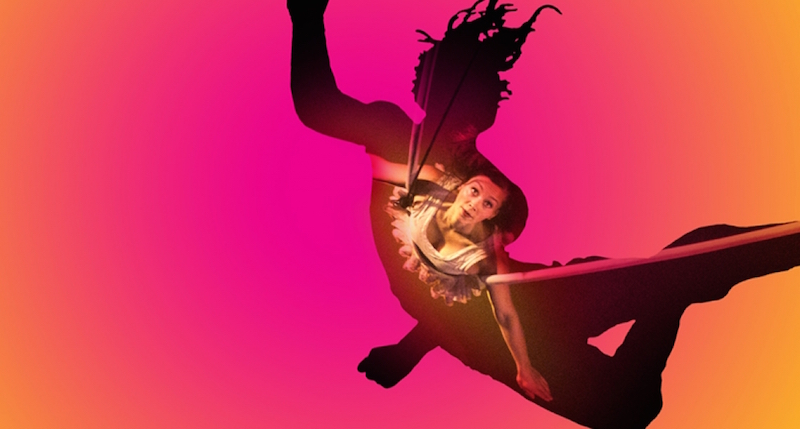 We might as well just go ahead and say it: CircusFest.

The biennial festival of contemporary circus produced by the Roundhouse is back from 4-24th, taking over not just the Camden venue, but also infiltrating other circus theatre hotspots around town.

The Albany will be home to The Insect Circus from 5-8th (and, although not connected with CircusFest, its also worth mentioning their regular BITES: Remix cabaret of circus collaborations, popping up this month on 15th). Delightful children’s show Bedtime Stories, from Upswing, will be at Hackney Showroom from 9-10th, and artsdepot is the latest stop for godparents of British contemporary circus, Ockham’s Razor, on their national tour of Tipping Point.

Other theatre shows you may spot touring about the country with circus woven into their fabric are the children’s smash Hetty Feather, and new hip-hop adaptation of The Jungle Book from Metta Theatre.

Meanwhile, back at the Roundhouse… The headline opener is Finnish Race Horse Company with Super Sunday (4-16th), featuring traditional thrill acts of teeterboard, wheel of death, and a human catapult with ‘trademark black humour’. Sharing top billing on most of the publicity is the premiere of homegrown Total Theatre Award winning Barely Methodical Troupe’s second show Kin (20-24th), which sees the troupe expanded to six. This show is also presented with an opening preview act of Pop: a new circus concept, which will premiere in 2017.

Other offerings include the solo one-to-one trapeze performance Ringside (7-16th), devised by Ellie DuBois and also nominated for a Total Theatre Award at last year’s Edinburgh Fringe. The weekend of 9-10th is programmed with workshops and a new production from the Roundhouse’s Street Circus Collective, Orbital, and from the 12th-14th each evening is filled with a discussion salon, focusing on issues of gender, collaboration, and class in relation to circus. Jeanne Mordoj returns from France with her solo show about womanhood La Poème (15-16), and multimedia studio MES present a new production about circus mothers in Me, Mother (21-23rd). Throughout the month, Ben Hopper‘s photography exhibition Transfiguration is also available to view. The full programme can be seen here.

Alright, but what if you prefer your circus a little less theatre-y? If dance is your thing, you have two nights to catch new choreographic collaboration Triptyque from Canadian innovators “7 Fingers” (or Les 7 Doigts De La Main, if you’re feeling fancy) at Sadlers Wells (1-2nd). Or for a good old dinner cabaret, why not visit Circus in Covent Garden, who relaunched almost a year ago and now serve cocktails and pan-Asian cuisine along with your circus kicks.

There’s another One Night Only Cabaret presented by Hikapee Circus and Theatre Delicatessen on 21st, where you can get yourself a cabaret goody-bag alongside your ticket!

For the purists, of course, there are the big tops, and Zippos Circus have again launched their season in London. Celebration comes complete with Norman Barrett MBE’s budgerigars, fantastic aerial acts, and a brand new “acrocat” troupe of rescued pussycats. It plays on Blackheath Common till 5th, then Rockwell Park 6-12th, before moving outwards from the M25.

As ever, you can check out the links here for other tenting tops who may pop up in your neck of the woods over the course of the month.

And, as ever, if you know of something we’ve missed, don’t keep it to yourself! Share in the comments below, and hopefully we’ll see you there.