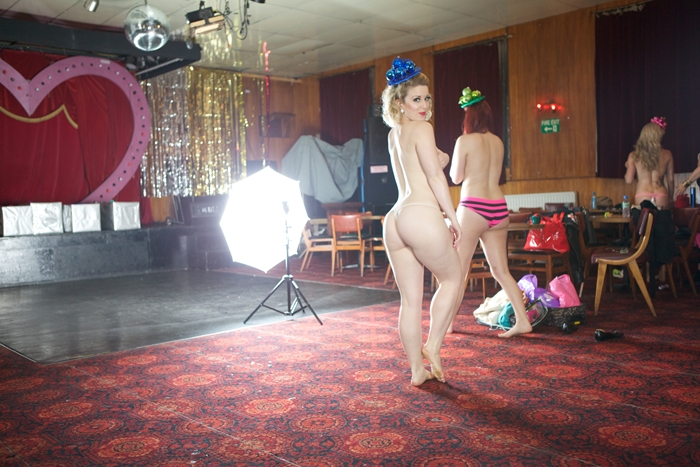 Thanks to the cream of London’s cabaret community, you many have literally nothing to look forward to all next year. 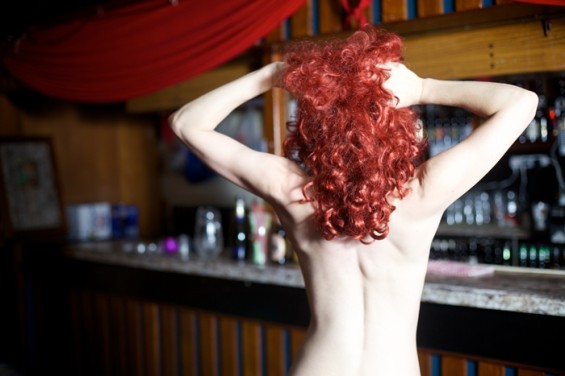 The All Nude Cabaret Charity Calendar 2014 attracted the cream of London’s cabaret scene.

Cancer is bad. Its evil. It kills people in non-Hollywood chic ways and in numbers that are almost beyond comprehension. In 2010 (the latest year for which figures are available), over 157,000 people died from all causes of cancer according to the numbercrunchers at Cancer Research.

Let’s make a rather crude and facile analogy to get our heads around that total. The capacity of Madame Jojo’s is about 200. Imagine cramming that venue to the brim every morning and then killing everyone inside. And then clearing out the venue and carrying out that morbid feat all over again in the afternoon. And then repeating that double massacre every day for a whole year including Sundays and Bank Holidays. That is pretty much what cancer was doing in 2010, albeit not in a West End burlesque joint but in wards and hospices across the UK.

As the cure for cancer has yet to be found and the UK population continues to grow, it is unlikely that grim picture will have improved over the last three years. Merry Christmas, everyone.

Before we get carried away with the doom and gloom, there are some shiny slivers of hope. Cancer Research is getting closer to finding means to combat and prevent this mortal enemy. Macmillan Cancer Support provides invaluable assistance to sufferers and their families. Both of these organisations are kept afloat by public donations.

Now here’s the fun part. Instead of spending ten minutes trying to get away from a chugger on the high street, there is a genius fundraising gift guaranteed to raise a smile and possibly body temperature and arousal levels. Organised by the Double R Club’s Miss Rose Thorne, the All-Nude Cabaret Charity Calendar 2014 features fifteen of the fittest, funniest and just plain fabulous members of the cabaret performing community.

If you’re jonesing for an early glimpse of the fleshy pleasures to expect, take a gander here at our exclusive behind the scenes footage featuring the Folly Mixtures, Laurie Hagen and Sarah-Louise Young. And there’s more in there than just these gawjus girls, oh yes. Benjamin Louche, Dusty Limits, Mat Fraser and Mat Ricardo can also be found exposing themselves in tasteful fashion.

The calendar is available to buy online and costs £15 – a pound per nude body, stats fans – with £10 of that being split between the two organisations. You don’t need to be a mass murderer to get your head around those numbers.

The calendar can be ordered here.

This Is Cabaret is proud to be offering free advertising to this great cause. If there are other cabaret-related charity products or events that we should be advertising, please let us know at info@thisiscabaret.com.