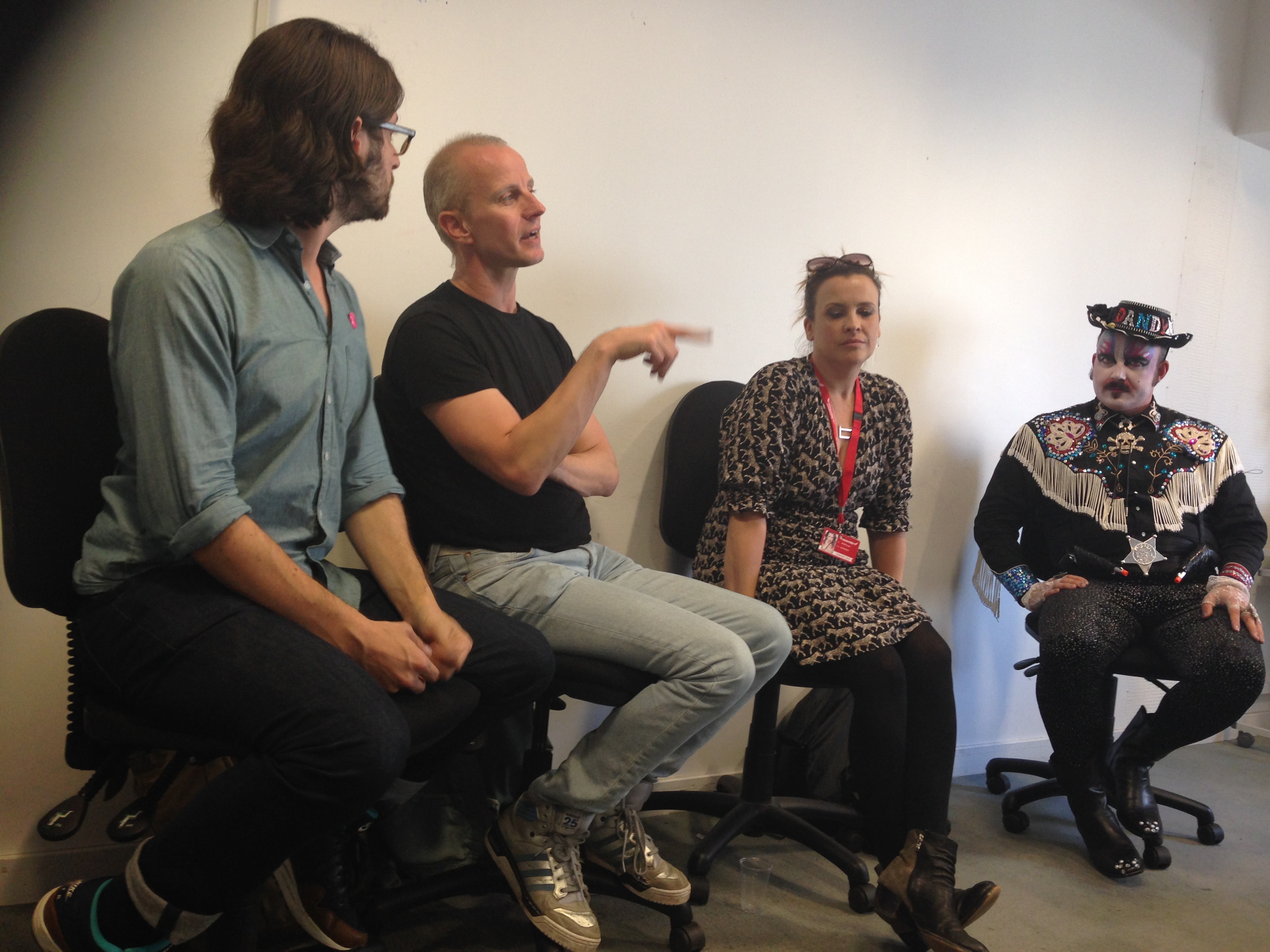 Every Thursday this festival season, Ben Walters – previous Cabaret Editor at Time Out, and now reviewer for The Scotsman and blogger at nottelevision.net – will be hosting the Chinwag, a panel session with some of the top performers at this year’s Fringe, followed by a more informal networking chat. We popped along in week one to see what was going down…

In the ever glamorous office venue of the Fringe Central hub, one of the paths the conversation naturally flows towards is the issue of venues disappearing, and ways of creating your own scene in a ‘build it and they will come’ manner.

The panel consists today of:

Chat moves from the individual careers of the performers to the wider realms of the cabaret scene around the world (and we also get a free taster hit of Dandy Darkly’s take on the grotequeries of American Apparel). McGregor then turns conversation back on Ben, asking him about the responsibilities of reviewing; it’s fascinating to hear the performers’ thoughts on the relative values of star reviews.

To me, Ben nails it when he says, “It’s absurd to mark a piece of culture out of 5”.

Jonny acquiesces: “When you put it like that it’s actually quite belittling.“

And yet, in Edinburgh, the stars are so prolific and easily surrendered that, if you don’t have any by the end of week two, you’re in trouble as all the punters will go elsewhere. It is an endlessly tricky debate.

Whilst the theatre world seems full of them, there are few industry opportunities like Chinwag for people working in the cabaret field. To come along and feel like part of a professional movement, to feel a support system, can be a vitally uplifting part of the manic Fringe experience.

These events are a must-see on my Fringe agenda, and can also be a great starting point to find out what other work is on that may be of interest.  It’s easy for things to go under the radar with so much happening over the month, and this little chinwag can help guide you in new directions.