Who Wants To Go All Vintage In London This Month? 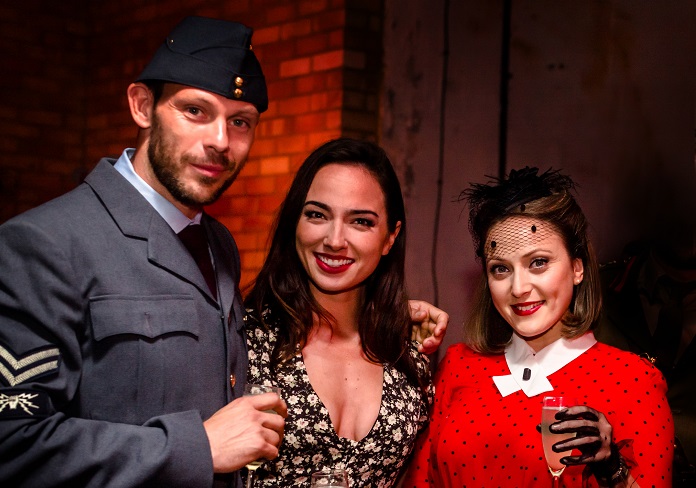 Tally-ho! Nostalgia isn’t what it used to be the wags say but there’s no denying the creeping feeling that having a jolly time was something done better way back when. Over the next two Saturdays, cocktail creators par excellence Bourne & Hollingsworth are putting on two immersive parties which vintage fans should dive into.

For those aficianados of the Forties, their Blitz Party is the place to be this Saturday (10 September) at the iconic Village Underground. Harking back to an era when warplanes were in the sky, victory rolls were in style and your great-grandfather was in your great-grandmother, this shindig been powering ahead since 2009, no doubt partly because it is far more than a party. Sure, there is music and cocktails aplenty but there is a decidedly dramatic twist to it all: theatre and narrative are used to evoke the wartime era and guests get to dance under searchlights while choosing their next sharpener from a ration book.

Then there’s the Prohibition Party the following Saturday (17 September) at a secret London speakeasy. In contrast to the current situation, the 1920s were a time when the actions of an unfriendly government and zealous law enforcement officials led to many a club closing and the very fabric of urban nightlife being threatened. Almost a century later, this particular hoo-ha celebrates those long-gone times with considerable sass and style. Get down and dirty with a dash of Charleston dancing, sip a cheeky cocktail or sing loudly along in memory of that most rambunctious of decades. They weren’t called the Roaring Twenties for nothing, you know.

Both parties begin at 8pm but there is also the option of attending the Charleston and Swing dance classes beforehand, starting at 7pm for both events.

The Blitz Party is on Saturday 10 September at Village Underground while the Prohibition Party will be on Saturday 17 September. Tickets for both events are £30 (£40 including the dance class) and can be purchased on the official Bourne & Hollingworth ticket site.