Backstage Etiquette: How to Behave in Cabaret 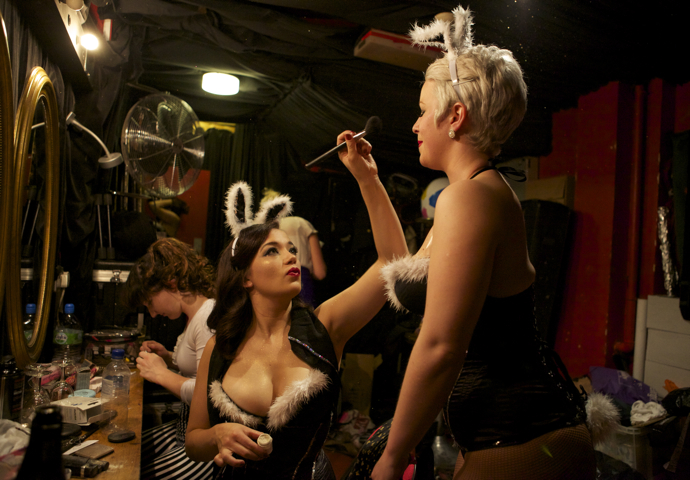 Cabaret and burlesque shows may be all about excess and impropriety, but even drunken reprobates who parade immoral antics onstage for a living have their limits. So here it is, for the edification of the masses: the cabaret etiquette code in 12 simple rules.

The etiquette for the audience has always been fairly self-explanatory: clap and cheer lots, don’t heckle and don’t get so drunk that you think you are more entertaining than the show.

But what about backstage etiquette? What are the dos and don’ts of good backstage antics?

Get There on Time for Sound Check

Unless of course you’re confident in your techs and won’t get pissed off when things go wrong. Don’t turn up five minutes before you’re supposed to go on stage, unless you’re Desmond O’Connor – how the hell does he manage to do ten shows in one night?

Try and Keep Your Belongings in One Area

Spreading out over the whole of the dressing room does not exert your dominance as a performer. It’s like marking your territory with urine: it only makes people think you stink.

Don’t Hog the Only Mirror in the Room

Cabaret dressing rooms can be anything from a storage room with leaking ceiling pipes to the hall by the ladies’ loo. If you’ve got the luxury of a mirror, share it. And don’t address it as “mirror, mirror on the wall”, or someone else might give you a very curt answer to whatever question you’re thinking of asking it.

Not even Dita Von Teese is paid enough to be that much of a diva. And you’re not her.

Check Where You Are In the Running Order and Be Ready

I’m looking at you, burlesque ladies!

Remember the Names of Your Techs

They have the ability to turn off your mic and lights. Are you talented enough to carry on without those?

Stick to the Time Slot You Agreed to Do 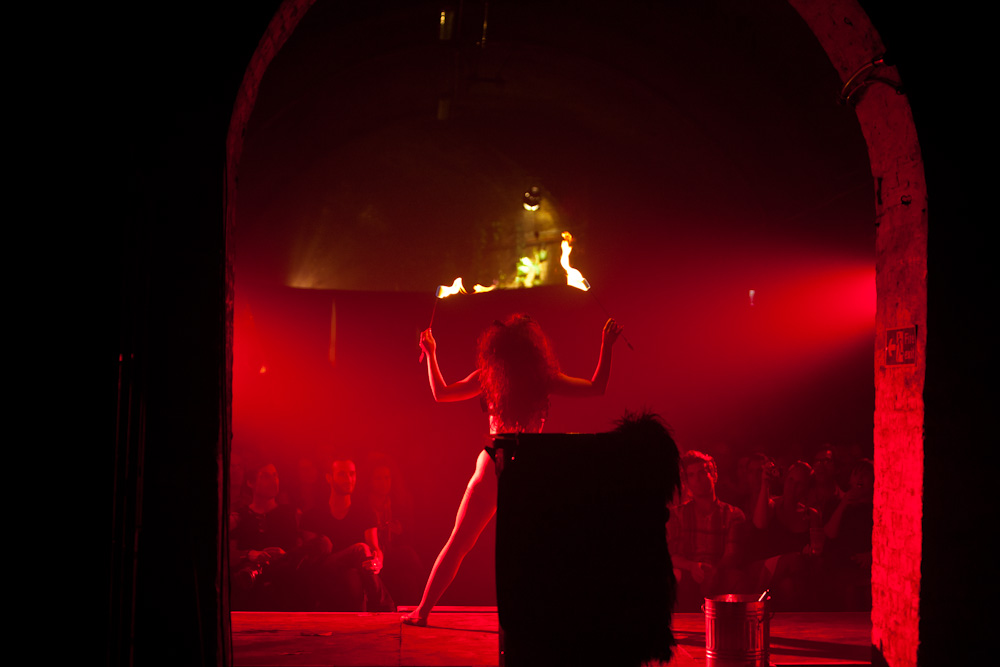 Don't try this at home: booze and fire routinely mix in cabaret

*for those new to the showbiz game, a rider is a list of things required by performers that enable them to do their act; mics, sound desk, lights etc. In cabaret, though, the rider is just booze.

Don’t Drink the Entire Rider Before You Go On

Stumbling striptease, forgotten lyrics and hurting yourself with botched pyrotechnics are not a good reflection on you. Don’t drink all the rider straight after your spot either: it’s for everyone. Remember some people will have to wait till after the show before drinking, so make sure there is some left for them too.

Never Bitch About Other People

Unless the person you’re bitching about isn’t there, or what you have to say is funny.

Don’t Hang Around the Most Famous Person in the Room

Unless you are actually their friend, in which case do hang around or you’ll look like a bitch. Otherwise, buying them booze and acting like a fangirl is not becoming: it only makes you look like you don’t belong there.

Remember that performers are people

Not just performing monkeys, so don’t throw peanuts at them (they’re already getting those as their payment, anyway).