All Rise For Lady Carol 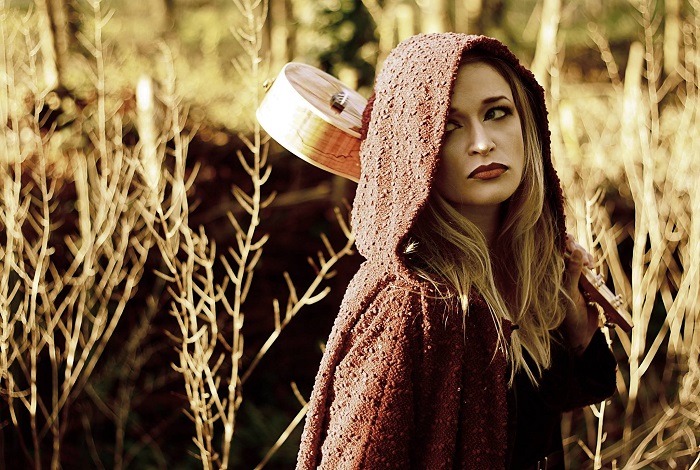 Witnessing Lady Carol in full flight is something of an awe-inspiring experience. Her dark wit and casual banter bely a voice which tugs at the soul with both hands and a full set of teeth. Where did all this talent come from?

One aspect that marks you out as an artist is that gorgeous voice of yours and the way it gives pop classics as diverse as David Bowie’s Space Oddity and David La Guetta’s Titanium a dramatic resonance. Do you have much in the way of a musical or theatrical background or are you generally self-taught?

I have no training at all, not even a school choir and only ever bit parts and inanimate objects in nativity plays and it really makes me feel like such an imposter standing amongst all the amazing professionals on the cabaret circuit. I constantly have to tell myself that not all performers or communicators have to train, that each of us makes our own way.

Thankfully the joy of cabaret, and the reason I love it, is that there are no rules in it as a medium. Any training I inadvertently got would’ve been in my early teens. I got given a knock-off Walkman and was able to listen to music and singers uninterrupted. As I got older, I listened to Jeff Buckley and Thom Yorke and, later on, people like Nina Simone and Julie London and I’d just sing along. That was my training, singing in the kitchen when everyone was out.

What I do to the arrangements of songs is a case of just what happens when I’m singing. The songs unfold themselves over time and, even now, with songs I’ve been singing for years on stage, suddenly a new door will appear within it, a new window or path, particularly after I quit smoking.

I guess that’s 100% the joy of being an entirely solo artist. It’s lonely, you are the only one in your corner, you have no one to talk to about the minutiae of your act and no one to reminisce with but on stage you have total and utter control and you can change everything in half a heartbeat.

“My eldest sister…had a goose in her room that she used to squeeze very hard. She insisted she was playing the clarinet but it was definitely a very lachrymose goose.”

Your past shows have seen you cover a number of genres, not least US folk and roots. Where has your musical inspiration come from over the last few years?

Looking back on my childhood there wasn’t much music in terms of outside influences. The radio was usually on the news or talk radio and my Mum sang. In fact, some of the folk ballads I sing on stage are from her. My eldest sister used to attack the piano with great gusto. She also had a goose in her room that she used to squeeze very hard. She insisted she was playing the clarinet but it was definitely a very lachrymose goose.

You’ve been wielding that ukulele now for over a decade. How would you describe your relationship with that instrument?

Like any relationship, there are times I wish I’d never picked it up. Such things can be used to define you in a way that doesn’t convey what you do or who you are. It sometimes feels like the ukulele is the musical instrument equivalent of a Fedora, the physical embodiment of a cringe. But without it I probably would never have found my voice on stage. I was too shy to get another human to play alongside me, so, my ukulele is like my dorky friend. We play together very nicely.

My ukulele doesn’t have a name, but it is a very beautiful maple and rosewood instrument and, whatever way the wood was cut, it has a very clear pattern on it that looks entirely like a vagina, so I know she’s a she. I reach for her more often than not. I love sitting on my bed googling songs and seeing what happens, or feeling provoked and writing a song from scratch.

“I wore a long black fishtail dress and feathers in my hair but the feathers got banjaxed quickly as I nearly took some eyes out.”

Very few artists are associated with a particular item of clothing in the way you are. Where did the idea for the hood come from? Has it been there throughout your musical career?

Almost! For the first month, I wore a long black fishtail dress and feathers in my hair but the feathers got banjaxed quickly as I nearly took some eyes out. I had a length of star-covered netting that I attached to the dress and that was that from then on. To be honest, it comes from me just really loving hoods. I’m fixated on them. Hoods and Pockets. Or Head Pockets and Hand Hoods as I like to call them.

It’s not a Lady Carol show without a trip to the dark side. Where do you get your sardonic sense of humour from? Is it something you grew up with or something you express only through your onstage persona?

I don’t believe there is much of a divide between me on and off the stage. I guess onstage I’m more manic but I’m probably far darker and less politically correct offstage. It’s a double-edged sword: onstage my sense of humour is a advantage as it helps me disarm, amuse and connect with people, but offstage it can be a bit of a disadvantage.

It’s your basic common-or-garden defence mechanism and when people are trying to speak with you in earnest or get to know you and you keep automatically deflecting with glib wisecracks or funny voices then more times than not you will find yourself anxiously chewing your straw standing outside the circle.

The Trapeze Bar is in a quirky spot, sat as it is between between hipster haven that is Shoreditch and the nerd nexus of the Digital Roundabout. If you could live anywhere in London, where would you go?

The Trapeze Bar is in a brilliant spot and it’s an excellent night out, the cocktails are delicious and the shows they put on are top notch! I think if I could live anywhere other than in a cocktail from Trapeze, I would want to live in London Below from the book Neverwhere.

Good choice! One last thing: how do you go about choosing which songs to sing?

Music taste and song choice are really visceral things for me. If  a song tugs at my gut or loops around my mind, it’s got me. Any of the times I have attempted to be calculated about a song choice, I’ve ended up getting bored before it gets near a stage. I think one of lessons I learn over and over again as an artist/performer/person is that you need to feel it and you need to mean it. Like that old adage: say what you mean and mean what you say!

Cirque Noir returns to the Trapeze Bar from this Thursday. Tickets are £15. More information can be found on their official website.