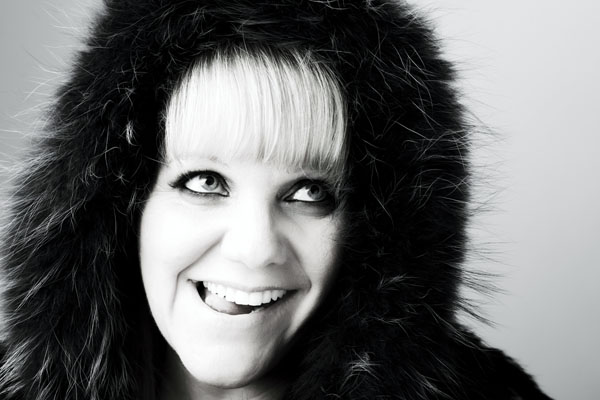 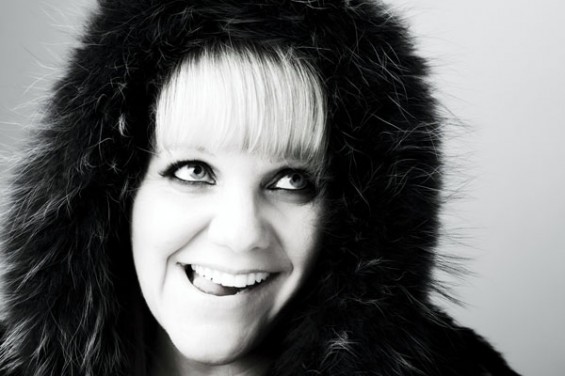 In 1988 my Antipodean workmate took me to a show featuring the music of the 60s Girl Groups called ‘The Fabulous Singlettes‘ a close-harmony trio in wasp-waisted dresses and towering beehives. Like everyone else, I fell in love with the cheeky chubby one and have been following Ms Alison Jiear ever since.  I’ve seen her in stage musicals including possibly the only one about cannibalism that isn’t Sweeney Todd, in two operas, at a children’s dance school in Brentwood, and in the rain at Birmingham Pride.  I’m also quite proud to say that in 2007 I persuaded her to front a performance with the London Gay Men’s Chorus, and hired the Palladium so she could do it properly, and indoors.

It’s hard to think of another female singer, living or dead, who encompasses the range of styles with which she’s comfortable and so consummately good.  And therein perhaps lies her problem, that she’s impossible to pigeonhole.  From her extraordinarily varied set at the lovely St James’s Studio, she proves that had she been black rather than a well-nourished white girl from Melbourne, she might have been a second Aretha Franklin, so thoroughly did she tear the place up with Natural Woman.  But she also revisits Janis Ian and Carole King with equal conviction and treads the most dangerous ground for any chanteuse, covering Ella Fitzgerald, and still pulling it off with a ton of panache, especially in a two-speed Lady Be Good to honour both Ella’s ballad and up-tempo versions.  The audience were just awestruck.

She’s at her original best when she takes a familiar standard and transposes it to a completely different style so you hear it as if for the first time and working on gorgeous arrangements with her pianist, Strictly Come Dancing‘s MD Dave Arch, Jiear turns Dusty Springfield’s evergreen rocker I Only Wanna Be With You soulful and torchy,  The Seekers’ 49-year old I’ll Never Find Another You comes up newly minted or – in a completely hilarious riff on failing to be cast as Fantine in Les Miserables because she was a few good dinners shy of plausibly dying of consumption, I Dreamed A Dream is salvaged from the maw of SuBo to become the Country and Western twanger Reba McEntire would crawl over broken glass to have chosen first.

Jiear is arguably the finest interpreter of New York composer David Friedman’s sensitive and internalised songs – Trust The Wind is an anthem from her 2012 album, and showcased here with a touch more belt than it needs his graceful In Your Eyes becomes the title of her newest.  It seems there’s nothing to which she can’t bend her voice, although despite claiming Chaka Khan as an influence, perhaps she’s not a natural funk diva.

She jokes freely about her size, and cheerfully uses the f-word, fat, in preference to euphemisms but it masks a regrettable truth that, like Kim Criswell, despite extraordinary vocal power and interpretative subtlety, she’s been passed over for leading stage roles in favour of slimmer and lesser actresses.  When she was young enough to be a Julie Jordan or Nellie Forbush perhaps it was understandable but nowadays there’s no reason for example why Sondheim’s pie-baking Mrs Lovett should be scrawny, and if Hairspray weren’t an endless opportunity for middle-aged comedians to ponce around the provinces in frocks, she’d be a shoe-in for Edna Turnblad.

Alison Jiear: Under the Influence performs Fridays 10,17 May at the Studio, St James’s Theatre, SW1.   www.alisonjiear.com