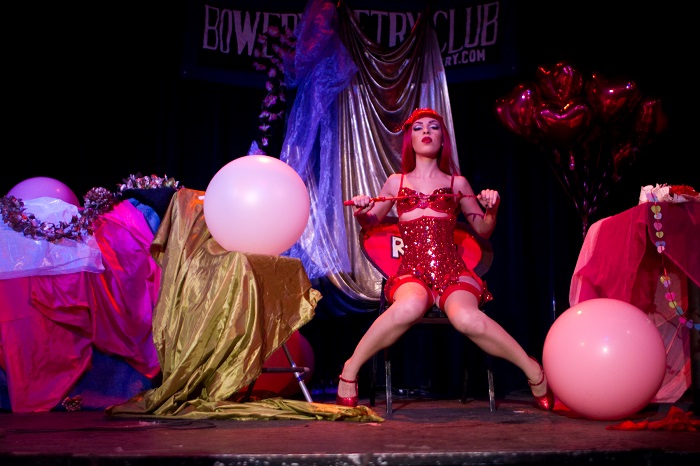 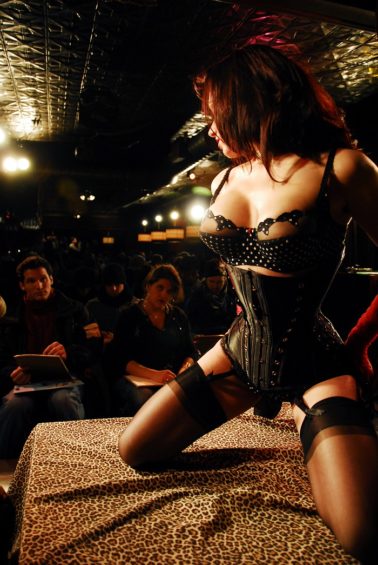 Time to check if there is still life in your drawing skills and lead in your pencil: global phenomenon Dr Sketchy’s Anti-Art School is coming to the London Wonderground this summer. If you’re thinking of going, check out these tongue-in-cheek tips before the show.

Do get there early.

The London Wonderground seating is unreserved and “in the round”. Turn up late and you may find yourself peering at the models from the distance of the peripheral seating or the booths. If your inner muse requires a solid base and a decent view, we suggest getting in early and nabbing a spot on one of the tables set up beside the stage.

Don’t feel you need to ransack an arts shop on the way to the show.

The organisers provide free basic drawing equipment but some in the audience bring along their own arty gear with them. There are no rules on what you use to create your art be it pencils, paint or blood.

Do have a drink.

The consumption of alcohol and other refreshing fluids during the show is not only possible but encouraged here. Unless you require both hands to hold your implement (see next section), feel free to aid your creative processes by using your free hand to occasionally drink from an invigorating beverage. Having said that, those using paints should take care what they are drinking from.

Don’t go if you are particularly offended.

Host and producer Dusty Limits employs all manner of deplorable and deeply enjoyable wit. Over the course of the evening, his very adult banter will touch upon many of the hot subjects of the day but we may have noticed a pattern from his occasional cock gags, dick mentions, penis references and other allusions to male genitalia. One presumes that paintings are not the only things that Limits likes to see well hung.

Don’t be put off by the music.

The Dr Sketchy’s jukebox is heavy on the vintage with plenty of tracks from the likes of Peggy Lee and Eartha Kitt. Whether you find these tunes a welcome blast of nostalgia, a semi-ironic nod to more bohemian times or cheesier than the EU brie mountain is down to your own particular taste.

Dr Sketchy’s recruits some of the most visually appealing artistes around for you to draw so the least you can do is drink in the view at every opportunity. Frankly, it would be rude not to. Whether it is the classic burlesque beauty curves of Bettsie Bon Bon, the cooler-than-fuck counterculture contours of alt-drag star Fancy Chance or anyone else, there’s no excuse not to take a few minutes to admire the human spectacle before you.

Let us make this brutally clear: those artists who are more accustomed to drawing in a quiet community college classroom while a nude model spends the best part of an hour gazing into the middle distance contemplating the life choices that led them to spending the best part of an hour naked and gazing into the middle distance will quite frankly be in for a shock. Have a drink, take in the atmosphere and give your inner muse the cheeky thrills it has been yearning for. If more mordant fare is required for inspiration, there’s always deathdrawing.com.

Do stick around until the end.

Rewards in the form of sweets are sporadically and randomly handed out by Limits after each round of drawing. The big prizes, though, are handed out at the end of the night when the best efforts are judged by Limits et al. If the fates don’t smile upon you and you wander into the night feeling unappreciated, drunker and poorer than before you began drawing, take consolation from the notion that you are following in a grand artistic tradition.

For a complete rundown of everything appearing at the Spiegeltent this year, check our Ultimate Guide To The London Wonderground.