Why We’re Ridiculously Excited About This Year’s Alternative Eurovision

There are very, very few events we look forward to and the ever-popular Alternative Eurovision is one of them. This year’s could be the best yet.

With the Eurovision Song Contest happening just a few weeks before the UK potentially gives the rest of the EU a one-fingered salute, there is no better time to appreciate the finest contribution our nearest international neighbours have given our country. It may be a kitsch collision of disco, nationalism, bizarre fashion choices and downright weirdness but there’s no denying that it makes for event television. 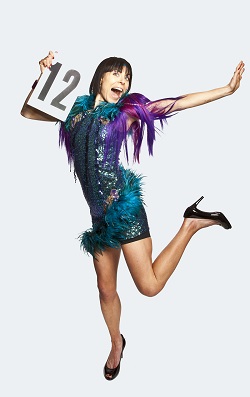 Glamorous host Anna Greenwood is back to introduce another sparkling set of entrants.

Arguably even better than the real thing is Alternative Eurovision, an unmissable annual cabaret spectacular presented by The ProducersUK which will be rocking the the London Wonderground’s Spiegeltent on 13 May. The premise is simple: some of the finest musical talents around to represent a country of their choice. Past victors have included France’s Marcel Lucont with his Merde-Oui and, representing Bethlehem, musical siblings Bourgeois & Maurice‘s Out Outfit You which came with a brilliant video.

For the first time, This Is Cabaret has been asked to held producers TheProducersUk pick the entrants. Many of our favourites will be there, not least deviant trio The Ruby Darlings who were winners of the first This Is Cabaret Award For Best Newcomer). Then there’s Lady Carol who marries one of the most gorgeous voices around with winsome wit, loungemeister Frank Sanazi who wrote what was acclaimed as the funniest gag at last year’s Edinburgh Fringe and Sarah-Louise Young’s maudlin madame La Poule Plombèe.

Here’s the full list of who’s appearing and who they are representing:

Get those flags ready: Alternative Eurovision (supported by This Is Cabaret) is on 13 May and ticket information can be found on the official London Wonderground site.