Conjuring At The Court Celebrates Its Fifth Anniversary 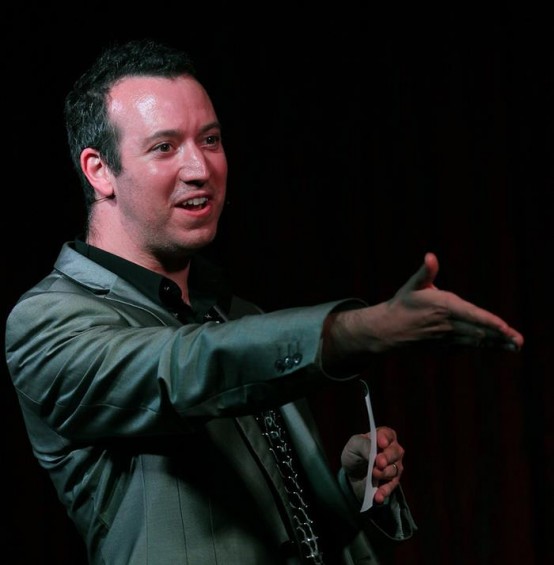 Stephen Barry, co-producer of West London’s Conjuring At The Court

Corny jokes, slick tricks and even free slices of cake are the order of the day at the jam packed 5th birthday of the magic showcase Conjuring At The Court. Whilst some segments of the night can be ever so slightly hit and miss, the sheer number and variety of acts on offer soon makes up for these moments and on the whole provides an evening that is a great night out.

Held at the end of every month at the Drayton Court Hotel near West Ealing, Conjuring At The Court takes a different selection of magicians and illusionists from across the country each time and gives them a slot to perform in. You might find yourself at one moment amused by an old fashioned sleight of hand card trick, then in the next  amazed by a baffling “how did they do that?” mind reading performance – all within the space of one evening’s entertainment.

This year’s fifth birthday celebrations for CATC were no different, starting off with the dry wit of American Thom Peterson and his superb illusions, such as making a drawing of a spoon appear to change shape before our very eyes (move over Uri Geller). If some of his comments seemed a little acerbic and off colour then they were nothing compared to the final act, the rather deliciously catty Mel Mellers, whose magic act at times seemed to come almost second to insulting the audience (and more than likely distracting them from his tricks at the same time). Indeed, comedy runs high throughout the night and occasionally becomes slightly unsuitable for the younger ears of the audience, although it’s certainly lapped up by the majority of the crowd.

Stephen Barry dutifully compères between acts and brings a relaxed warmth to proceedings – his jokes aren’t always as sharp as his fellow magicians but his beaming smile helps keeps things jovial. The setting itself in the basement of the Drayton takes you to a much more intimate and ring side seat kind of magic than we’re now used to seeing from TV’s glitzier offerings like Penn and Teller. Indeed there’s not much in the way of lighting or special effects throughout the evening at all, simply rows of audience seats and a small stage area with dressing screens either side.

However, that’s perhaps the very point of CATC – a night that is all about celebrating magic in its purest form, rather than creating some sexed up faux Broadway performance. Every evening offers the chance to see hard working performers plying their art for the simple reward of entertaining; some big, some small, some old, some new, but all doing their best to shock and awe, and many of them succeeding.