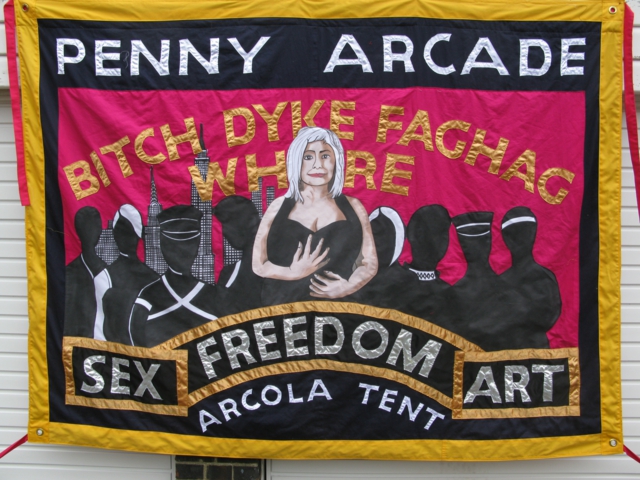 The Village Voice called you a “sex radical” ten years ago. Would you call yourself one now?

Anyone who thinks sex is a natural function of being human is a sex radical in our sex-phobic and sexually exploitive society. Anyone who is not judgmental about the different ways that humans need to have sex is a sex radical. Sex and its function changes as one gets older, and I continue to be a pioneer in my own destiny. The answer is yes. I am still quite radical about sex.

Is America as prudish as it looks in the media? How is New York different?

Britain, you may remember, exported the prudish Pilgrims to America. But yes, it is a very puritanical place. However, the use of sensationalistic sex, i.e. sex without content, as long as it is sufficiently silly, grotesque, sordid, goofy or just plain gratuitous, will always find an audience in America and in New York.

New York was not America 15 years ago, though. Sadly, it’s been invaded by America, although there are pockets of cultural resistance still left in New York.

Have attitudes to sex changed in America since Bitch! Dyke! Faghag! Whore! premiered two decades ago? Has it affected the show?

Sexual mores have changed very little in America over the past 20 years. In some ways, things are sexually more conservative now than ever, despite how “sexualised” things may look on the outside.

The now ubiquitous burlesque scene gives the idea that a lot of libidinally generated art is happening, but it is costume-driven and largely about personality. So it looks sexier on the surface with lots of younger women running around in Victoria’s Secret outfits, but burlesque itself is barely sexy. While gender is the big subject of people under 35, including the critique of its binary system, everything is more gendered than ever.  Even so-called “gender-fluids” are pushed into being specific about gender. 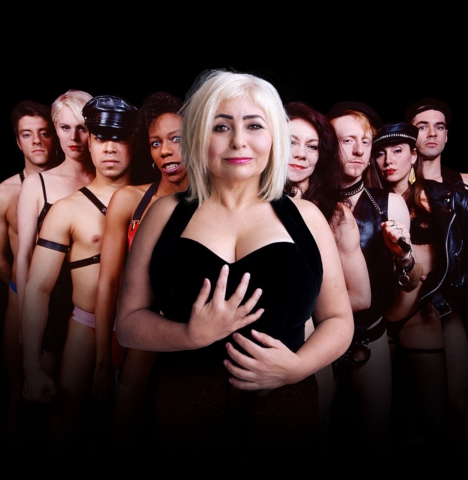 “My London dancers are amongst the best I have ever found.”

What role do the dancers play in the show?

The world is easier now for gays and lesbians who need the approval of society, but a harder place for people who are highly individualized or eccentric.

How would you compare the London scene to the New York scene?

London is enjoying a cultural expansion that New York enjoyed in the 1990s, when there was a huge expansion of burlesque, circus, musical comedy and performance art. With the growing gentrification of every New York neighbourhood since the late 80s, we’ve lost hundreds of venues, and continue to lose them everyday. “Regeneration”, your quaint word for bringing housing, retail stock and entire neighbourhoods up to market, will eventually create the same cultural blight in London. 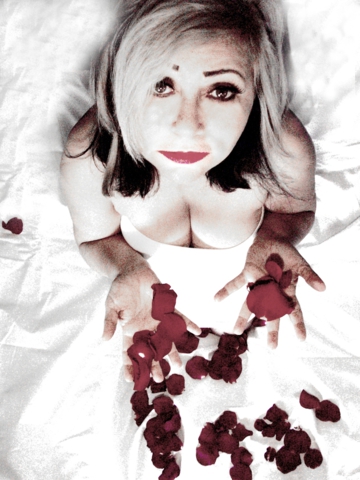 “Being a good lover is an innate quality rooted in generosity, notably the ability to share yourself.”

What would Andy Warhol and Quentin Crisp have made of the current cabaret scene in New York or London?

I never knew Andy Warhol to be even vaguely interested in cabaret. Andy was rarely a sit-down audience member. The current trend of loungy spaces, with no entertainment and loud music that makes conversation impossible, would have suited him perfectly.

Quentin Crisp disliked music to an extraordinary degree. “Music,” he would often say, “is the most amount of noise conveying the least amount of information.” However, I think Quentin would have liked cabaret, because it is storytelling through song and the songs are not raucous like rock. And cabaret is very much about individual personality.

Where are you planning to sneak off to after the curtain goes down each night?

I will be hanging out in the Arcola Tent Bar in the garden after shows, and at Dalston Superstore. But I love The Ship on Wardour Street, the 12 Bar Club on Denmark Street and of course the Royal Vauxhall Tavern.

We have had notable US visitors recently, including boylesquers Go-Go Harder and Smokin’ McQueen, but very few from other cabaret fields. Who do you currently rate amongst the up-and-coming New York talent?

One of New York’s greatest and most unusual musical artists has been living in London for the past four years: Jack McKeever. He is amazing. Once he is discovered by Londoners he will change music the way Sade once did, with the same kind of long, slow, sexy, funky rhythms, but unique to him. Two other great music makers are Holcombe Waller and Clint Michigan, both super favourites of mine.

As for other art forms, I think you are about to discover singer-drag goddess Joey Arias in a big way, Lady Bunny who is filthy and funny, and Acid Betty, who might be the true heir to Leigh Bowery. You have yet to experience the very English David Cale, who has performed in New York for two decades. We see fewer London artists, and you see fewer New York artists, because of the high cost of living in both cities, as well as the airfares and lodging costs.

What makes a good lover? And what can you do if you find yourself in love with a bad lover?

There are as many ways of being a good lover as there are individuals. Being a good lover is an innate quality rooted in generosity, notably the ability to share yourself. Being a bad lover has roots in being unaware and self-absorbed, but ultimately sex is rooted in chemistry.

As the great sex educator and one of my greatest mentors, Betty Dodson, taught me, “just because you love someone, or someone loves you, that is no guarantee that the sex will be good.” It is we who have equated love and sex, it is not that way in nature. At any rate fear not: each of us will be our own most consistently good sex partner.