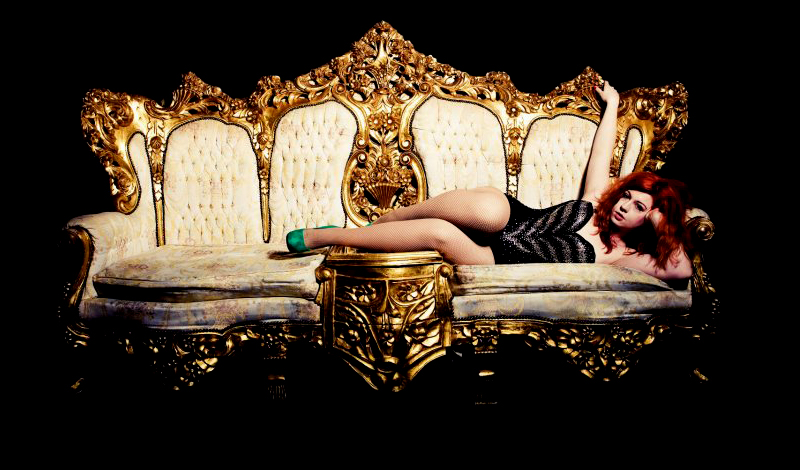 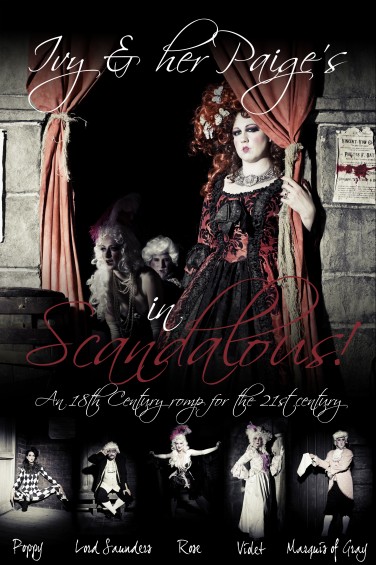 As the weather gets colder, Ivy Paige is on a mission to get you hot under the collar. This Is Cabaret has three pairs of tickets to give away to Scandalous!, her new show starting this month.

Famous for her scarlet barnet, Ivy Paige has crafted a tale of passion and power set in an 18th century bordello, the Scandalous House of Whorecraft. Paige plays the Madam, with a debt to pay to the Marquis of Gray and a plan involving her beautiful courtesan Rose. The cast features the talents of acclaimed burlesquers Bouncy Hunter, Ginger Blush and Miss Glory Pearl as well as surprise guest spots. Tickling the ivories will be Dexy’s Midnight Runners former member Pete Saunders, who has composed an original score for the show.

Those wanting to maintain a pristine reputation and a night clear of steamy thoughts should perhaps give this night a miss, and make space for the rest of us. Audience members will be treated as patrons of Paige’s establishment and given the freedom of the whorehouse as well as “guineas” to spend. Those can be used on acts and scandal sheets, though we suggest keeping an eye out for light-fingered ladies of the night as they float around the theatre.

The whorehouse turns on its red lights at the Leicester Square Theatre on the last Saturday of October, November and December. We have a pair of tickets for each of these nights to give away. Get a taste of that action by entering our competition in one of the following ways:

Choose one of the above. The competition’s deadline is 3 PM on Thursday, October 25th. This Is Cabaret will choose three winners by lucky draw and announce it at 6 PM of the same day. All winners are contacted by e-mail with details on how to redeem their prize. By submitting an entry to this competition you confirm that you are at least 18 years old and have read and accept This Is Cabaret’s Terms and Conditions.