Who Wants To Go Cabaret Clubbing? 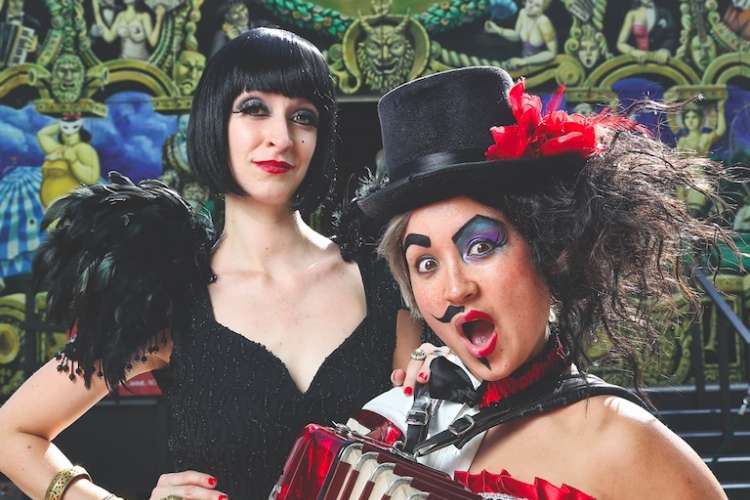 Forget your four on the floor and ditch those glow sticks: London Wonderground’s clubbing experience is a cut above the usual tinnitus-inducing dancefests.

As part of their new-look programme this year, London Wonderground will host some clubs that even Groucho Marx would be happy joining.

Club Perverts will be on TONIGHT. Tickets £17 including £1 ticket booking fee. 90 minutes. 18+ only. More information.

This weekend and next, Club Spiegel will see an eclectic pair of bills. Curated by the London 2012 Opening Ceremony associate director Paulette Randall, the show on 13 June will be hosted by Christopher Green (aka Tina C, Ida Barr and the Singing Hypnotist). It’s been a busy season for Green: as well as preparing to perform on the South Bank in his own shows, he has already hosted the final of Circus Maximus and Alternative Eurovision 2015.  He’ll be joined by EastEnd Cabaret, Chinese standup Evelyn Mok, Will Davis (one of Circus Maximus 2014’s winners), ping pong wizard Rod Laver and exciting circus up-and-comers Silver Linings.

Stah’s airborne artistry is a thing of wonder, if only in terms of breadth. When not shooting lasers from her backside, she’s performing new routines like the utterly gorgeous Ivy.

Later this summer, Club BRIEFS has the titular troupe from Australia showing off a new slant on their usual bonkers blend of burlesque, circus, drag and comedy. Alongside some invited variety guests, Fez and the boys will be letting loose with some routines that won’t be seen in their main headline show at the Spiegeltent (5 August to 27 September). With a starting time of 10.30pm, their late night Saturday shows are an adult-only affair.

We spoke to BRIEFS’ Captain Kidd last month about politics, love and rivalry and here he is with one of his signature acts. Prepare to scrape those jaws off the ground.