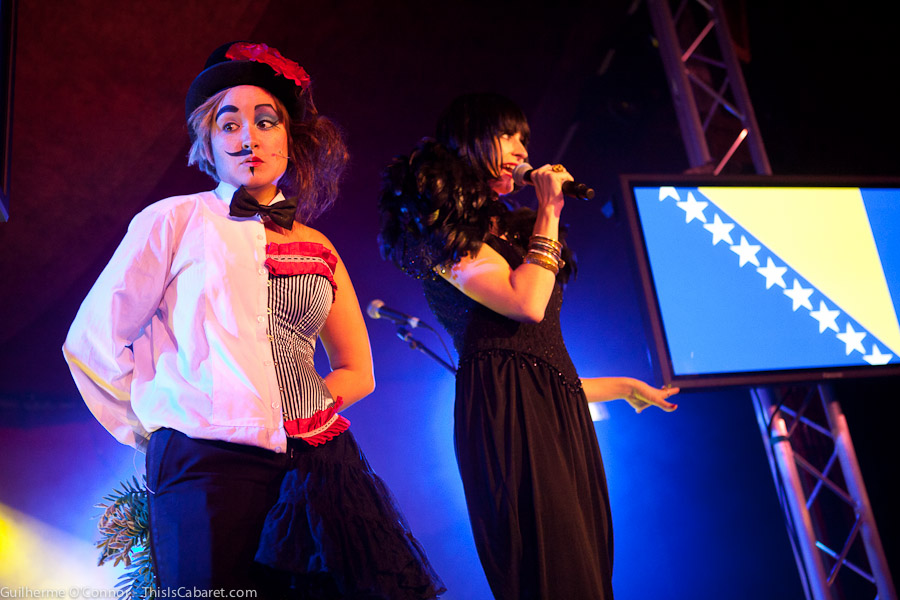 Call it musical Marmite or a kitsch collision of disco, nationalism, outré fashion and downright weirdness, there’s no doubt Eurovision has a special place in many people’s hearts.

Alternative Eurovision, traditionally held on Eurovision Eve since 2010 has attracted many of the luminaries of the London cabaret scene. Below is a collection of some of the songs and performers who have kept us coming back for more year after year.

La Poule Plombée (Sarah-Louise Young) – What Have The English Given Us?
One of the hits of the year’s hits event. See it here in its original format.

Bourgeois and Maurice – Out-Outfit You
The winning song of the first Alternative Eurovision.

Dusty Limits – Je Suis Eurostar
No prizes for guessing who the backing singers are.

Desmond O’Connor – Roses For Rosemary
This is twisted, sick and just plain hilarious.