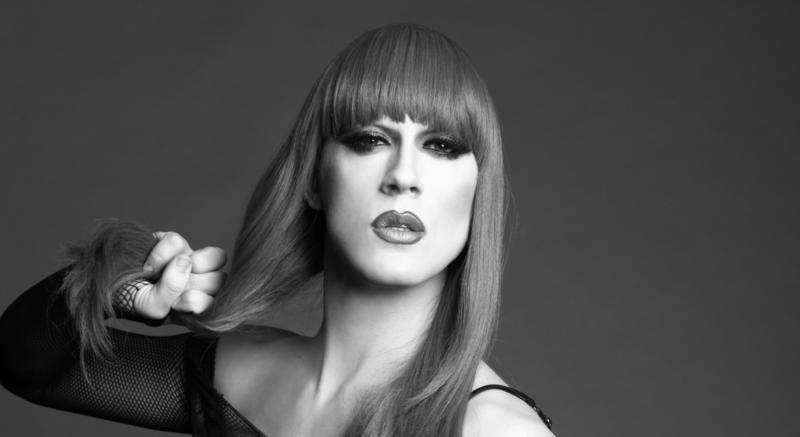 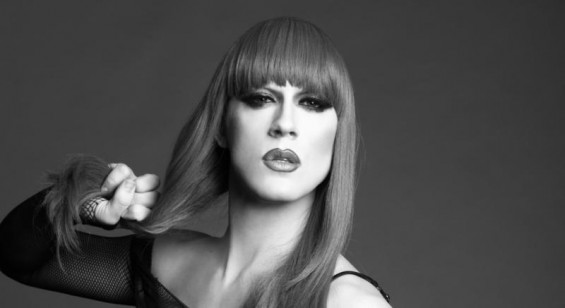 Velma Celli is the alter ego of star Ian Stroughair who has appeared in Cats, Fame, Chicago and Rent.

This autumn, twice-bankrupt pop tart Kerry Katona is heading to the West End, presumably to repair the gaping hole in her bank account and career. In a move that has snagged the media’s attention, the queen of Iceland will appearing as screen goddess Marilyn Monroe in a new musical.

Norma Jeane The Musical is the brainchild of Belvedere Pashun who also wrote new show Wag! The Musical, currently being mooted by The Independent as “the biggest turkey to hit the West End in years“. Of Katona, Pashun says “I needed an actor of huge talent, personality and experience – Kerry was at the top of my list.”

There has been the predictable wailing and gnashing of teeth as news-starved reporters decry Pashun’s iconoclastic choice to step into Monroe’s high heels but the two women have more in common than just a judicious use of blonde hair dye. Monroe and Katona both have double initials and similar middle names (“Jeane” and “Jayne” respectively), they have both advertised two-syllable brands (Chanel for Monroe, Asda for Katona) and they have both won awards: the film actress garnered a number of Golden Globes while the Atomic Kitten singer won the third season of I’m A Celebrity…Get Me Out Of Here.

The uncanny similarities don’t stop there. Both have turned to drugs – the ill-fated ingenue ended up in a padded cell while the star of reality shows Kerry Katona: Crazy in Love, Kerry Katona: Whole Again, and Kerry Katona: What’s the Problem? confessed all at the altar of sympathy that is Jeremy Kyle’s show.

As part of her Hippodrome Casino show last Friday, West End star Velma Celli expressed her views on the matter through the medium of song. Please note that the song’s lyrical content is probably NSFW.

Velma Celli’s next show is at the Hippodrome Casino on 22 August with special guest Kerry Ellis. More information on this and future shows can be found here.