The Week in Cabaret: Jubilee Jivin’ 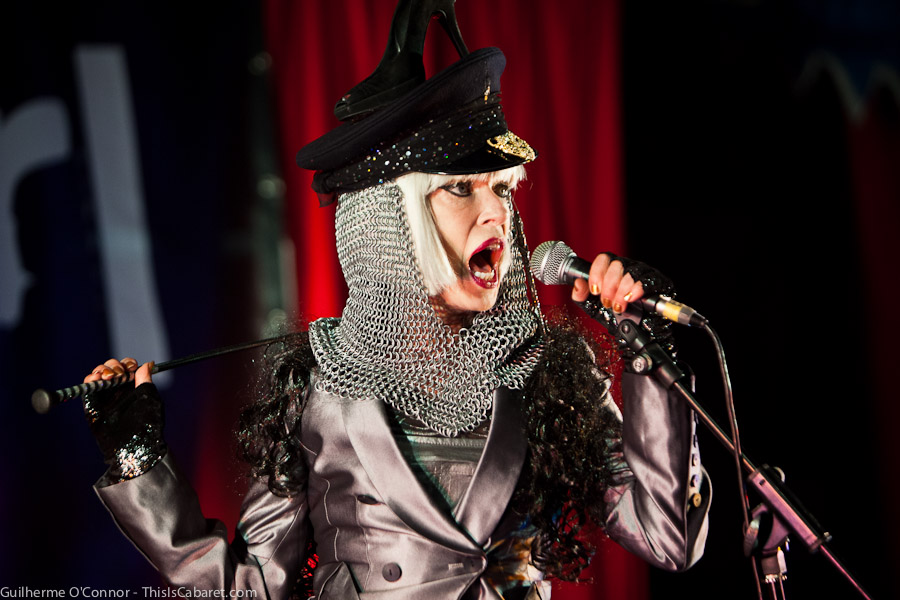 Her Majesty may be an important social institution, a valuable source of tourism revenue or an outdated relic of pre-democratic times. What’s indisputable, though, is that she’s a powerful inspiration for cabaret and burlesque performers.

The Jubilee weekend featured shows for every taste, as long as you have a taste for irreverent comedy and sardonic parody. At the George Tavern in Stepney, Die Freche Muse welcomed burlesque double act Millicent Binks and Annette Betté Kellow and singing bump-and-grinder Elsie Diamond, wrapping up the Saturday evening with hot swing from Top Shelf Jazz and rocking tunes from Jake Allen and His Band for the delight of dancing patrons. The Tassel Club Jubilee Weekend Special was an affair to party into the small hours, starting the function at 10 PM with Laurie Hagen and Empress Stah, among other vaudevillians.

The weekend started with Breast of British, the latest soirée by comic feminist cabaret ensemble The Blue Stocking Society. In addition to Audacity Chutzpah’s award-winning Improvised Britannia burlesque number, the Friday knees-up included character comedy from ukulele diva Tricity Vogue and singer-songwriter (and now rapper) Jo Stephenson. Further satire followed with Liberty Sweet’s Hercules parody and in-your-face gangsta Morris dancing from Chutzpah, Ginger Blush and Shirley Windmill. The Bluestockings will be back in the autumn after a most unladylike holiday break. If you missed it, you’ll have to wait.

On Sunday, Finger in the Pie Cabaret took over Madame Jojo’s with a bill headlined by EastEnd Cabaret, featuring magic from Johnny Electrolux and burlesque from the likes of Raven Isis and The Velveteen Showgirls and live music from close-harmony group Four Femmes on the Thames.

Charity revue Battle Royal was not so much a conflict as a summary execution – Benjamin Louche personally decapitated dummies of the Prince of Wales, the Duchess of Cambridge and Lizzy herself with an axe. British nobility took to the stage in quick succession for treasonous depictions like Fancy Chance’s diamond-snorting Elizabeth II “tribute” and Nathan Dean Williams’s spoken word examination of the Oedipal tensions in the monarchic succession, which confronted Prince Charles with an inflatable version of his mother, duly smeared with chocolate cake. 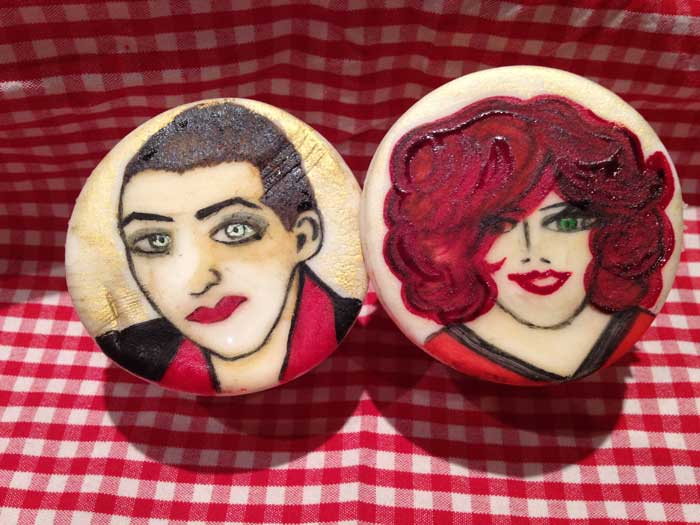 The revolutionary impetus climaxed with a gag where members of the audience threw the severed heads (or rather the heads of lettuce attached to the dummies) into an upstanding lawnmower balanced on Preacher Muad’dib’s chin. Marathon runner Jim Paterson of project Twelveathon was there in person to make sure proceeds from the benefit did not end up diverted into some terrorist coup, and walked away with £780 for his campaign to raise £12,000 for UNICEF and East London charity Scene and Heard. Which only proves that the best way to get citizens in a giving mood is not schmaltzy TV ads, but virulent live parody.

The Queen’s Diamond Jubilee may be just a memory of aimless crowds herded disorderly into central London and Gary Barlow duetting with Cheryl Cole in Buckingham Palace, but the party continues on the cabaret front. Volupté is holding its Diamond Jubilee supper club tonight, hosted by Jayde Adams with live variety from stage magician James Pritchard, cabaret chanteuse Gracie and Juggling on Tap. Tomorrow, it’s The Folly Mixtures’ turn to put on the royal airs, giving their monthly residence at Madame Jojo’s the Jubilee treatment.

Variety fans intent on finding shelter from the flag-and-bunting epidemic taking over town had to look no further than the Soho Theatre, courtesy of drag champion Jonny Woo. The entertainer hosted tranny-party-cum-performance Tits Up on Friday and LGBT mainstay Gay Bingo on Sunday, with guests like Mancunian singer Zsa Zsa Noir and frequent co-conspirator Ma Butcher. If the Jubilee didn’t exceed your camp threshold, stay tuned for Woo’s residencies: upcoming dates include the likes of Le Gateau Chocolat and Scottee.

The rain on Sunday did not scare fans of all ages who went to the second edition of The Apple Cart festival on Victoria Park. Organised and curated by production company Rude Grrl, the festival’s cabaret tent was packed for most of the afternoon, running non-stop performances from 1 to 9 PM. The bill included drag favourites from London’s LGBT scene like Lavinia Co-Op, The Fabulous Russella, Timberlina and The LipSinkers, as well as Kiki Kaboom, Piff the Magic Dragon (also performing in the magic tent nearby), Dickie Beau and other variety regulars.

Headliner and general hell-raiser Holly Penfield wore a chain mail coif to salute the Queen with a rendition of I Wanna Be Evil. Not content to be confined by the barricade around the stage, she soon crossed it to leave a trail of discarded garments over the front tables, as well as one stunned, half-dressed C.J. Lazaretti – who had barely a second to recover from a table-top mock rape before being dragged onstage for more. This Is Cabaret does not endorse sexual abuse of any kind, but judging from our Senior Editor’s previous review of Ms. Penfield, we cannot vouchsafe that he finds the experience altogether unpleasant. 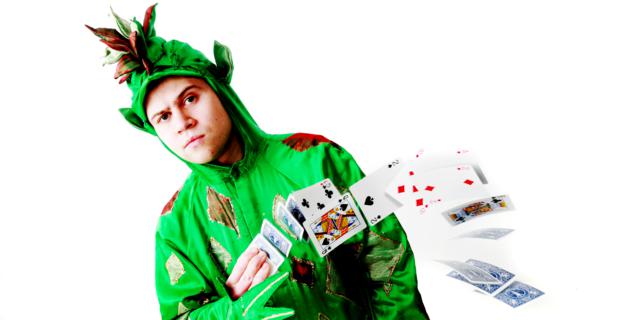 Piff The Magic Dragon (or is it Piffski?)

Comedy and magic make interesting bedfellows. While most conjurers prefer to use sleight of hand, making the audience laugh is one definite way to distract their attention. Unfortunately, this was a feat too far for some of the performers at London Wonderground’s Oh! Oh! Oh! It’s Magic. An uneven bill had few highlights but amongst them host Paul Zenon combines sideshow stunts with charming patter, Dolores Deluxe‘s mime act spoke volumes for her potential and John Archer somehow deep-throated an entire five-foot long inflated balloon. Piff The Magic Dragon still sets the benchmark when it comes to getting up to funny tricks and his set put the rest of the show in the shade. No wonder he has such a dedicated admirer…