The Week in Cabaret: After the Cow 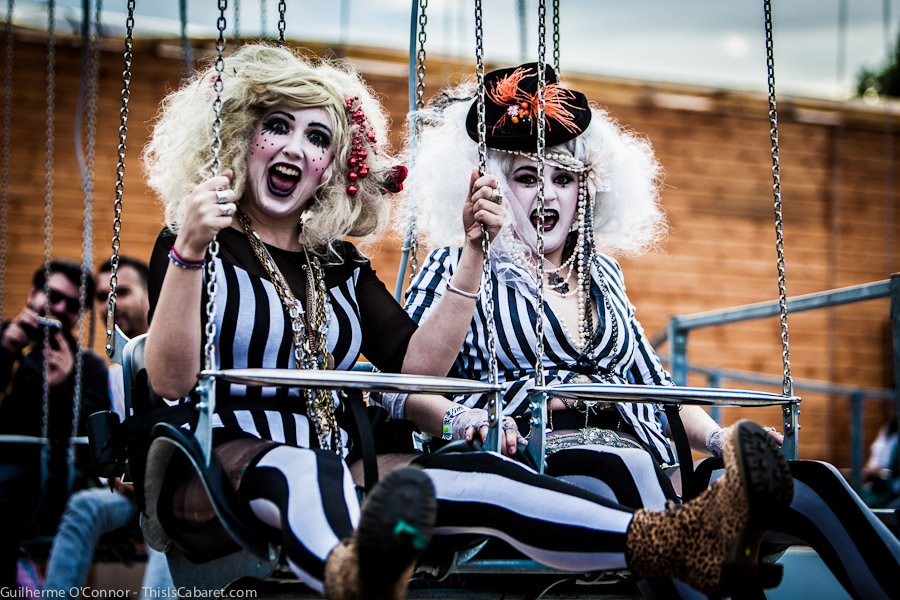 How long does it take to clean up after a giant purple cow? After the end of the E4 Udderbelly Festival, the inflatable bovine at the Southbank Centre vanished without a trace in mere 11 days, to make way for the new additions to the Priceless London Wonderground. Besides the already famous spiegeltent, the festival now has a Mutant Barnyard with taxidermised freak animals, a fairground Ride Emporium and the Sideshow Wonderland tent, hosting ten-minute performances from the cast of The Royal Family of Strange People.

Allotta Bounce and Miss Apple Tart of The Late Night Shop Cabaret at the launch of the expanded Priceless London Wonderground.

Celebrating the extension last Thursday was a launch night with live music from Uberkaboom. In addition to their original repertoire, the rock trio played fast, groove-rich tunes like I Put a Spell on You and, most appropriately, People Are Strange. The outdoors attraction took place on the Barnum and Bailey Bandstand, a wooden gazebo at the centre of the new space. Dance duo Swing Out Sisters opened for the band with clumsy mistimed moves to backing tracks that included tap dancing beats. The resulting “foot-synching” was as drab as the name suggests, and speedily abridged by the pair’s premature exit long before the end of their soundtrack.

To crown the evening, Boom Boom Club: Prospero’s Tavern had its final preview. Patrons entering the Wonderground spiegeltent were greeted by accordionist Tom Baker and The Late Night Shop Cabaret’s Miss Apple Tart and Alotta Bounce (later to return in a sing-along skit, and also contributing walkabout performances to the preceding launch party). The ensuing spectacle included striking turns from burlesquer Vicky Butterfly, singer Sarah-Louise Young and comic David Armand, who played his literal interpretive dance skit to Queen’s Don’t Stop Me Now, as seen on BBC’s Fast and Loose. The admirable bill had a low point in a predictable banker-bashing song by Phil Kay, the improv comic who can’t improvise. The Club’s Shakespearean experiment continues until August 4th, after which it’ll pack its bags for the Edinburgh Festival Fringe. 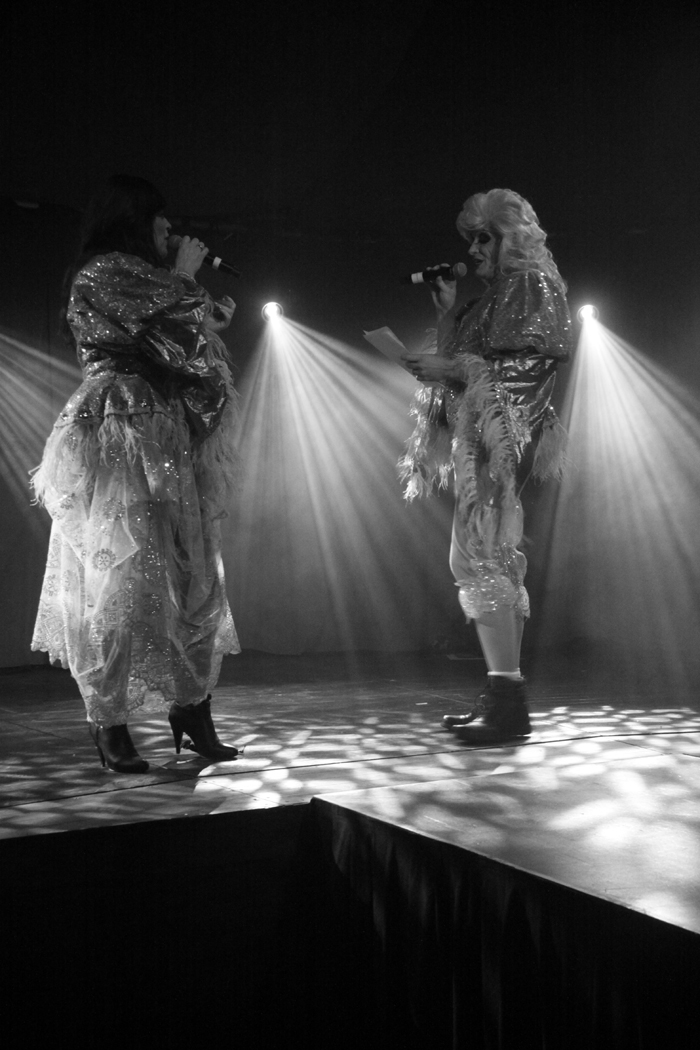 Last week saw three preview shows by EastEnd Cabaret at a packed Marylebone Gardens. Latest production Notoriously Kinky picks up where Victor Victoria and Bernadette Byrne’s debut show The Revolution Will Be Sexual left off with the kind of raunchy songs you’ll be inadvertently singing by the watercooler the next day. Sharing the bill, Joe Black is strongest when covering other artists, his mock-goth creepiness adding new layers of meaning to pop standards. In contrast, the female duo are relying less and less on covers and developing their original repertoire of musical comedy filth.

On Friday, Australian group Drags Aloud played an eponymous one-off show at the Priceless London Wonderground spiegeltent. Old-school drag comedy made up the bulk of the bill, with plenty of double entendres, relationship mishaps and the odd audience humiliation moment, like an orgasm-faking competition against Meg Ryan’s memorable squeals from When Harry Met Sally. Recurrent song breaks featuring I Will Survive, Bad Romance and other obvious pop hits offered little other than Kathy Bishopp’s booming voice and stiff delivery, but host Kris del Vayze’s unflinching deadpan one-liners kept the humour consistent and deftly camp. Her Sade parody alone is worth the ticket price.

Penny Arcade’s Bitch! Dyke! Faghag! Whore! came to an end on Sunday, at least in its present form at the Arcola Tent. The New York performer has certainly made a splash since her show opened, with many fans contesting a negative Guardian review. Undaunted by the bad press, the show continues its London run with a transfer to the Old Vic Tunnels next month.