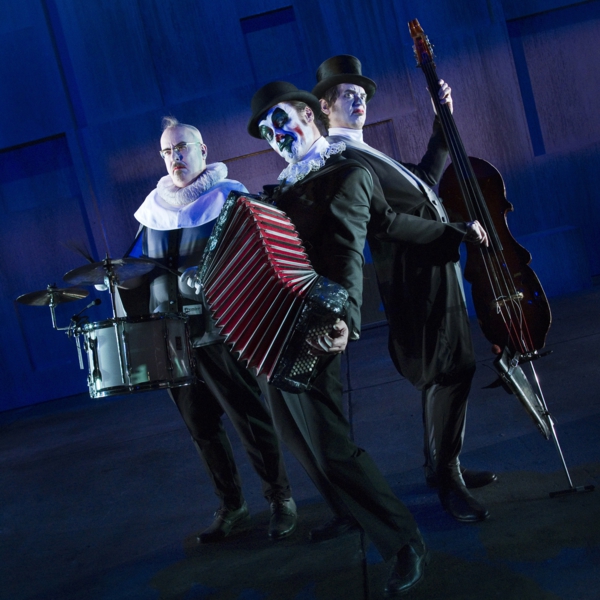 Those long-toothed demon dogs of dark cabaret chanson The Tiger Lillies have not one but two devilish projects up their sleeve before the end of the year.

Formed over 25 years ago, the trio of Martyn Jacques, Adrian Stout, Adrian Huge hit the big time with Shockheaded Peter in 1998. The musical theatre production debuted in the UK before taking off around the world and winning multiple awards, not least two Oliviers.

The Lillies are definite contenders for “busiest band in the world” having released over 30 albums, appeared in seven films and been seen here in the capital at venues as diverse as the London Wonderground’s Spiegeltent and the Royal Festival Hall.

One of their more unique qualities, though, is their ability to take a wide range of influences and turn them into hit shows. Recent productions like Hamlet and Rime Of The Ancient Mariner show the breadth of the literary inspirations.

This time around, they go back to Germany’s Weimar Republic – as depicted in classic flick Cabaret – with two projects bringing to life that seminal interwar era. The Tale Of Franz Biberkof which opens this Thursday in Frankfurt takes on Berlin Alexanderplatz, a 1929 novel by Alfred Döblin considered one of the most important and innovative works of that period. A 1980 film of the book was 15½ hours in duration; this version is presumably shorter.

Closer to home, the Lillies will be in London and Brighton this November reviving their collaboration with Opera North, Lulu – A Murder Ballad. The work was first seen in 2013 and tells the tale of a morally challenged woman who uses and abuses (and, in return is abused by) the men in her life as she climbs and slides down the greasy pole of society. Here’s the trailer.

The Tale Of Franz Biberkof opens this Thursday in Frankfurt. More details.

Lulu – A Murder Ballad will be in London’s Royal Opera House from 23-28 November before appearing on 30 November at the Brighton Dome.