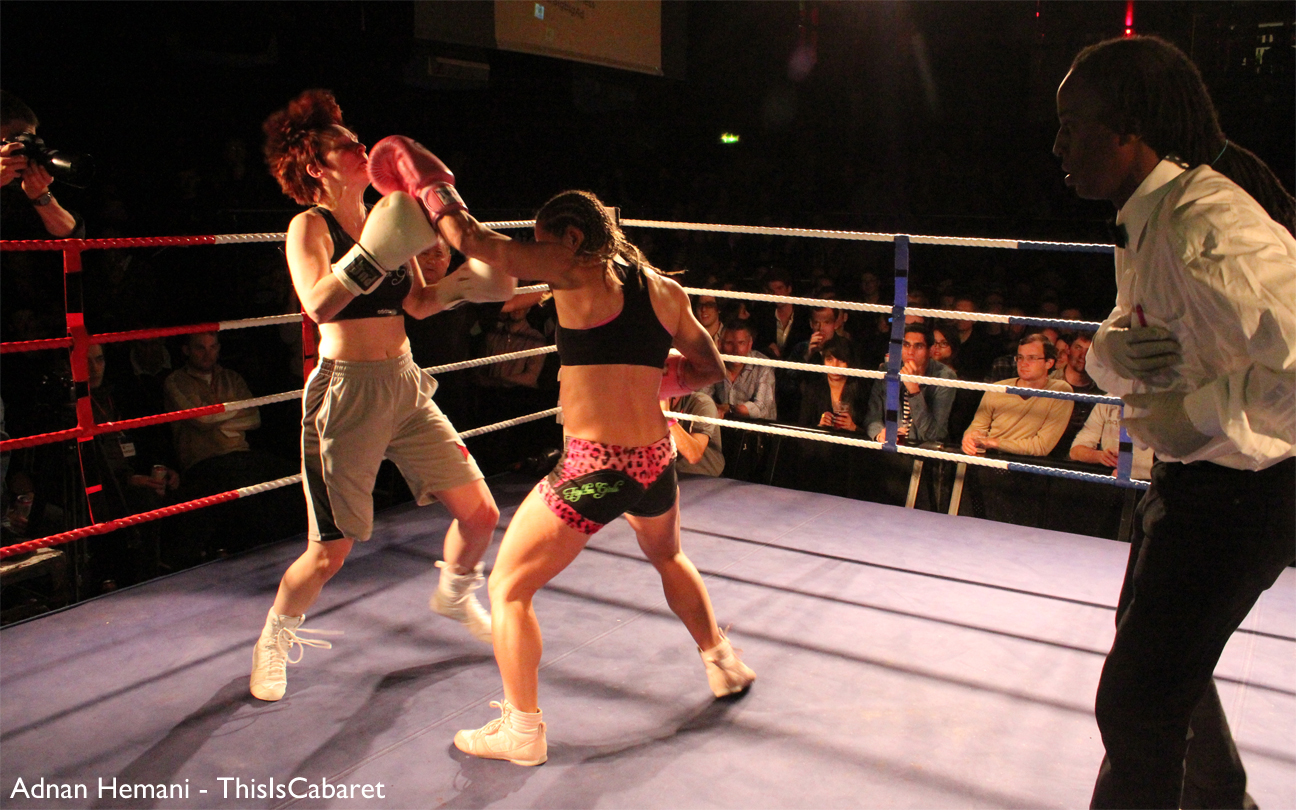 Carey Johnstone won two tickets to to see Chessboxing on the latest This Is Cabaret competition. Here’s what she thought of it.

Geek meets thug, brain meets brawn. Chessboxing: A night like no other!

Chess boxing started in the 90’s, the brainchild of Dutch performance artist Lepe Rubingh. What began as performance art has evolved into cult-like sport, with fans all over the world.

Basic premise: a round of chess, a round of boxing – continue until a) you checkmate your opponent, b) they run out of time on the chess timer, or c) you knock them out physically.

Initially I was most excited by the prospect of seeing actual boxing, up close. A real fight! But hopefully a gentleman’s fight – I mean, they play chess, right? So I was surprised to find myself wanting the boxing rounds over so that we could get back to the real-deal, the chess!

Screens were placed on either side of the venue with computerised boards tracking the moves. But what made it exciting was the fabulous commentary provided by a hilarious and terribly clever host who managed to make the chess rounds exhilarating. Even my friend who had never played chess (we’ll call her “The Swede”) was animated by it all. 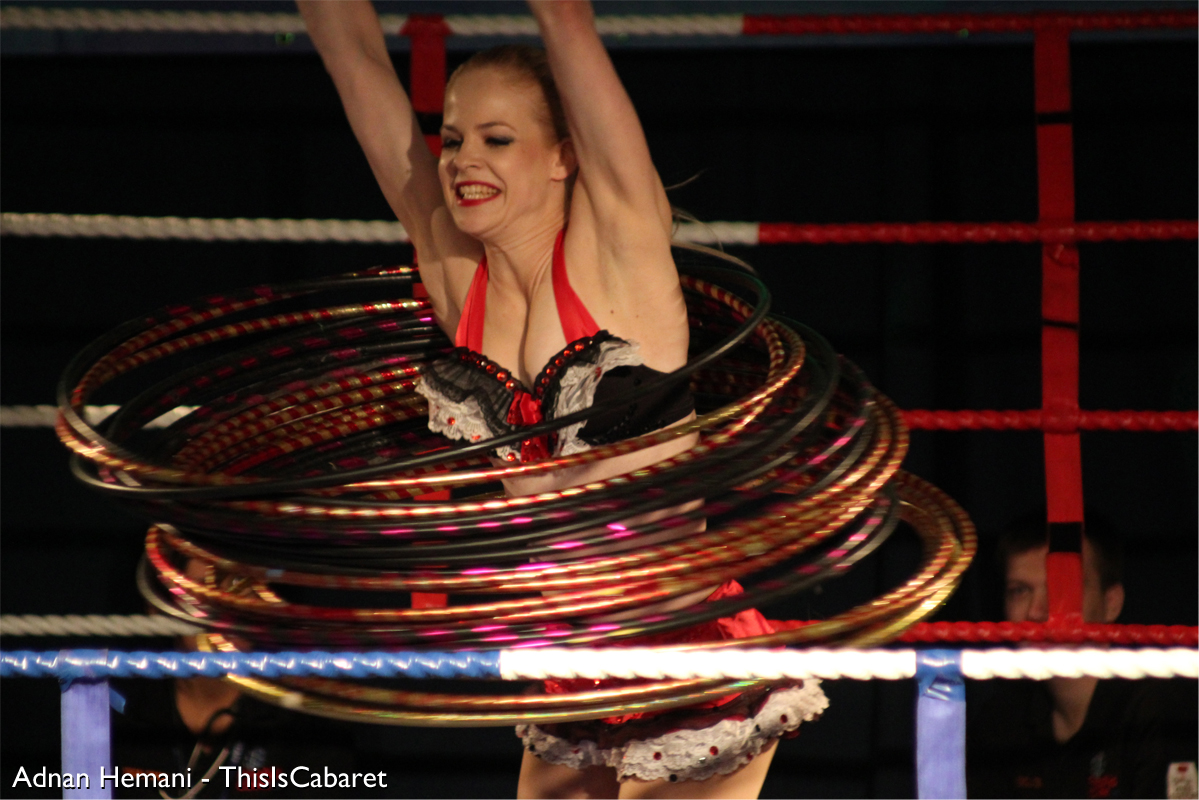 As you’d expect, the crowd was mostly male. There were quite a few women there, though, so The Swede and I felt completely comfortable. As ticket winners from This Is Cabaret, we were given gold-star treatment and handed VIP wristbands at the door. The VIP bar was swankier than the rest of the Scala – you could have your drinks in a glass rather than a plastic cup. But we wanted to be down in the pit with the blood, sweat and tears. There was actually a little bit of blood. Wow.

After the match we ascended to the top bar where chess boards had been set up on tables. Cue: Major geek out! We played a few games, fluttered our eyelashes and lost (not that badly, may I say). Then we toddled off out into the King’s Cross night and home.

Sounds like the show you’ve seen? Leave a reply below and tell us about it. This space is yours – speak your mind!

See www.londonchessboxing.com for further dates, tickets and other details.

Photo credits: Adnan Hemani, exclusively for This Is Cabaret