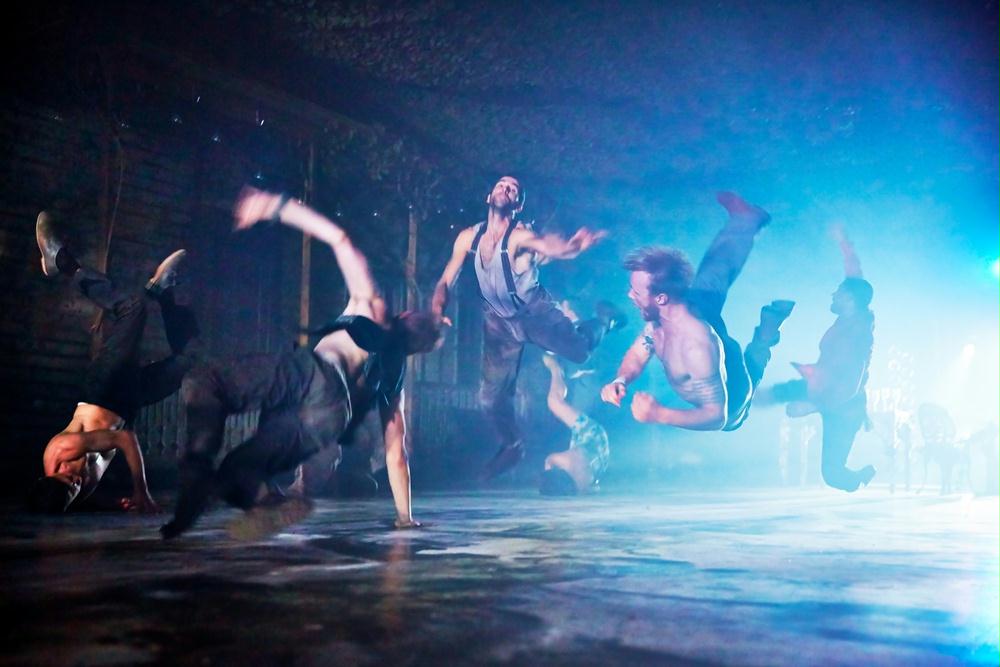 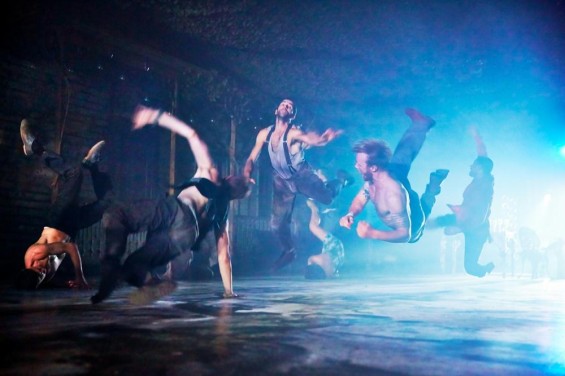 Theatrical cabaret has long been a place of experimentation and diversity. Free from the shackles of conventionality, it provides scope to explore performance art to it’s fullest. Espoused by venues like The Box and performers like Miss Rose Wood and the Late Night Shop Cabaret, this form of storytelling allows absurdity and surrealism to sit comfortably alongside the confrontational and it is this constant shifting across boundaries and blurring lines that makes it so exciting and unexpected.

As the Guardian’s Lyn Gardner pointed out, cabaret has much to teach traditional theatre but that also goes the other way. One of the best genre-defying theatre groups working today is Punchdrunk who manage to effortless blend acting, physical theatre, dance, performance, music and much more into an entirely cohesive world all of their own that is at once both grand and at the same time can be minutely detailed.

Punchdrunk’s eccentric brand of theatre has long since passed the stage where they were sitting on the ack in the UK . Having torn up the rule book with breakthrough pieces such as Faust, a piece I saw back in 2006 in a tobacco warehouse in Wapping, they have grown considerably. They thrilled Big Apple audiences with Sleep No More and are now back in the UK. For this one, they have partnered with the National Theatre to take over a 200,000 sq ft space that plays to 600 people a night for a production that has proved so popular they are now extending it to the end of February next year.

The Drowned Man: A Hollywood Fable has a budget of a small film, over a hundred individual connected sets, a large cast and if played continuously would run to 10 hours, though audiences can only explore the space for 3 hours. What might once have seemed avant-garde, ludicrous, even impossible, now appears perfectly reasonable for Punchdrunk to take on. So how are they rewriting the rule book for theatrical cabaret in the 21st century?

Build the anticipation up early and keep the audience guessing.

The project kicked off this year with a secret instillation in Dalston on the Kingsland road. Those brave enough to enter a curious looking shop and ask for Andrez, were taken down into a set where he’d play you a short film and terrify you with his urgency. Not for the faint hearted then. And certainly not a conventional piece of theatre. Those who spoke to Andrez were probably no closer to understanding The Drowned Man or knowing what to expect from the full production, but it certainly aroused their curiosity and the secret was quickly trending on twitter.

Let the audience decide what they want to watch

All the worlds a stage and actors play out their stories in live stream, don’t expect a comfy seat or a comfortable ride, but instead follow the story that seems the most compelling. Wear some sensible shoes and be prepared to chase them down dark corridors, through woodlands, deserts and faded Hollywood studios.

Let the audience go their own way

With their biggest set to date, Punchdrunk have created a fantastic landscape, a series of interconnected sets and tableaus. Emphasis is given to exploring and having your own adventure so the best way to experience the production is to go it alone and find your own way. It also means you have more chance of piecing everything together when you are reunited with friends in the bar at the end. Couples hoping to hold hands should be dissuaded: be brave and go it alone.

Let the audience be the ultimate voyeur: touching, feeling, explore

At times you find yourself surrounded by a large audience as several characters come together for big set pieces. At another point I found myself uncomfortably alone with just one other person watching a nearly naked actress alone, living out her quiet desperation drinking urgently and crying. The rest of the audience had left, feeling perhaps they were intruding. Somehow I felt compelled to stay. Voyeurism is very much at the heart of Punchdrunk and is encouraged. The sets are complex and beautiful, touch, feel, explore them. Experience the world in the way you want to.

Masks are more than disguises.

As you enter you will be given a mask. This serves two purposes. The first is to delineate the boundary between actor and audience. You need to know who is a part of the production and who is not, otherwise you may find you’ve spent half the night following a well dressed punter thinking they were integral to the plot. The second is to heighten the anonymity of the audience. With a mask on you feel much more able to explore, others are aware of you, but it is much easier to melt into the shadows. The audience becomes a part of the setting, as characters are followed and chased by strange, shifting shadows – adding to the hallucinatory experience.

Don’t worry about saying too much.

While you are only invited into this world for a maximum of 3 hours, if played out the production would be far longer. The Drowned Man tells two parallel stories, though I only felt I saw one of them in any depth and was surprised to see a number of new characters I’d missed at the end. It didn’t matter. You’d have to go back many times to feel like you’d seen the whole picture and it’s rewarding piecing it together later on. Each member of the audience has a different experience and it’s not all supposed to fit together perfectly. The overall feeling is more important than each individual detail.

Physical theatre, dialogue, dance are all a valid form of storytelling.

While some of the story is told through conventional dialogue, much more is expressed through dance or movement. The beautiful layered soundscape means individual words can be lost but the choreography is so powerful as to take on a more important role much of the time.

Desperation, depression and madness are all part of the fun.

Don’t expect a comedy! The Drowned Man and previous productions often deal with themes of madness, paranoia and deep seated unhappiness. The sets are dark and intimidating, scenes often disjointed and confusing. Be brave.

There’s no way to see everything and the end comes all to quickly. Sometimes you lose a character you’ve been following for a while and are unable to find them again. This is in no way frustrating as something else will quickly cross your path. It will just make you eager for the next production. There is such a sensory overload, it’s difficult to take in all at once. With time you start to reflect and understand more. Part of the joy of a Punchdrunk production is mulling it over afterwards trying to piece the bits together. One of the most powerful pieces of theatre I’ve ever seen was at the end of Faust where surrounded by a large audience in devil masks, Mephistopheles swings a lone interrogatory lightbulb, strips the hero naked, ties him to a chair and beats him before dragging him down to hell. Not your average night out then, and sure to stay with you for a while to come!

The Drowned Man: A Hollywood Fable has been extended into February 2014. This is one company who feel truly unique in their approach to storytelling and as they grow and develop, their ambition grows with them ensuring productions don’t feel in any way formulaic. Buy your ticket now and get ready for a new mode of storytelling. Punchdrunk are and remain leaders in a field of one.