The World According To Diane Chorley 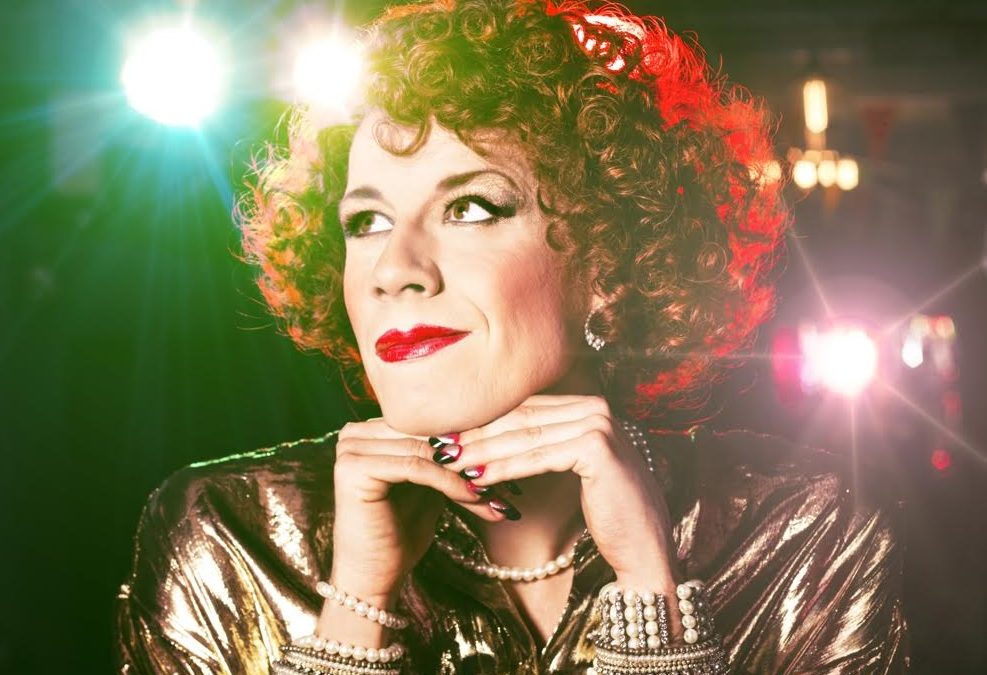 When Diane Chorley speaks, people listen. Otherwise known as the Duchess of Canvey, the Essex lass is not one to brook backchat from anyone. An ex-drug dealer who brought up her younger brother Wayne after her mother went to prison for murdering her philandering father, Diane is the former proprietor of celebrity drinking hole The Flick. Nowadays, she can be seen wandering from theatre to theatre with her adoring partner Ron and a musical gang The Buffet, leading her faithful followers in song and regaling them with stories of her past as well as perhaps imparting a strong opinion or six.

This week and next at Soho Theatre, Diane will be inviting folk to her Disco Nights but, before then, she had a natter with us about this, that and the other. Take it away, Diane…

If Britain leaves the EU I’m buggered. Two of my band are from Denmark. Nobody from Britain would drive a van for 12 hours straight without stopping, they’d start moaning and saying they need a toilet break. All the Danes needed was a turkey sandwich, a packet of Frubes and flask of coffee mixed to the consistency of olive oil.

I can’t bear people running round with dogs making them jump through bleeding hoops. I mean, big deal: if you taser anything enough, it will do as you say.

If you’ve been within five metres of Princess Anne, you’ll know the power and beauty of privilege. She had skin like the white bit of a newly opened conker. Hands like they’d been carved from alabaster, holding a Park Royal of course.

“That Justin Bieber looks like a squirrel that’s been dipped in Veet.”

I knew a women from Benfleet who won the lottery, she bought herself a lifetime supply of Steak Bakes and Yop. Where’s the good in that? She’s got gout so bad it looks like a giant green Jelly Tot. I think they need to sign a common sense clause before they’re given any money. Mind you, I do love a steak bake.

I don’t get the appeal. That Justin Bieber looks like a squirrel that’s been dipped in Veet and left out in the sun for a week. The men look after themselves too much. I like a bit of rough and tumble. Even Liam Gallagher looks like he’s spent an afternoon in a dog grooming sanctuary. Problem in its caught on, I walked in on my Ron trimming his pubic region the other day. He gave his Johnson a fringe, It looked like Brother Cadfael. Mind you, my Ron’s not packing a strudel like Bieber. Ron’s is more like the Pillsbury Doughboy.

Diane Chorley will be at Soho Theatre from tonight until 27 May. Ticket availability and prices can be found on the venue website.