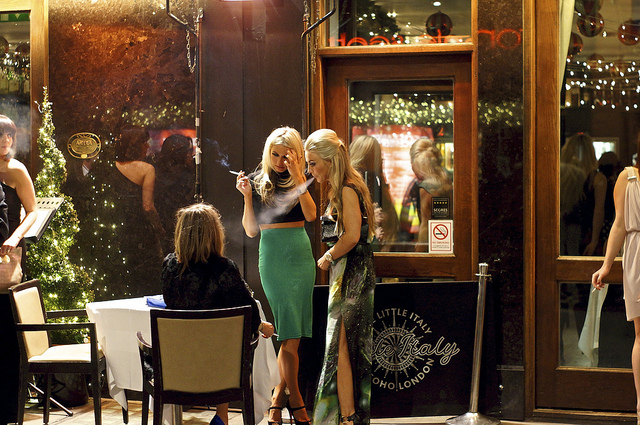 As arguably one of the global centres of the cabaret scene, Soho holds a special place in many people’s hearts – especially those who traipse through its dark streets after a show. A new author gives her take on the fabled red light district. 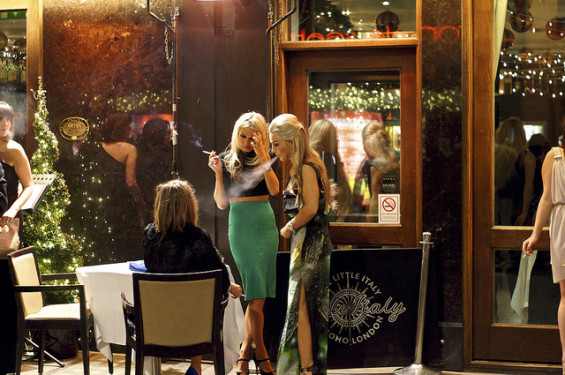 Late night Soho has its own character.

Not unexpectedly, former mental hospital inmate, former hotel escort and recovering heroin addict Polly Trope has quite a few stories to tell. Her debut novel Cured Meat draws heavily from her experiences to take the reader to insane asylums and urban drug scenes, to the secret world of hotel escorts and on nocturnal odysseys with down-and-outs, rockers, dreamers and comedians.

The tales are told in the form of separate vignettes making it easy to dip in and out. Here’s the video trailer for the book.

In one of Cured Meat‘s chapters, Trope takes the reader by the hand with her on an escapade into Soho.

One autumn evening, it was a Monday, I didn’t go to my (newly) local pub. For reasons unknown, I went to Soho and ordered a drink at the O-Bar. Listening to the ‘90s r&b they played there reminded me, how long it had been since I last had seen these incensed cocktail bar rooms full of mirrors and lustre. I sat there alone on a white leather sofa and gazed outside. And there was everyone: hooded figures with dark grin smirking from doorways, passing small wrapped balls from hand to hand, faking walks at the arms of washed-down women, whose longing eyes were bending and twisting their bodies in an eternal dance with death.

There were boys with shorn heads and dirty anoraks, staring ahead in a daze, against the wall. A couple of loud girls with greasy hair and scrunched-up faces, and over wood-panelled windows and crumbling facades of flashy paint and punched-in neon letters, paper notices were fluttering in the wind. A wedding dress flowed by on a bike, ethereal and dream-like. Behind some windows above, the familiar red light was shining through white lace curtain and skirts rushed by the handrail on the stairs.

Long-haired characters in worn-out suits and modest ties were pacing the block, plastic bag in hand, and teenagers in emo dress and shades stood around in small groups. A small traffic warden walked down the road with fixed gaze, hugging his elbows, as if he was cold. Two old drag queens paraded by.

The notices were still fluttering about, brown with rain and smoke, cheap paint was chipping off the closed strip bar doors, and the Windmill had the lights off. The ill deeds of this drug, and of a cheap world like that, acrylic underpants with ribbon and ruffle, cheap perfume in shuttered, red lit bedrooms with stained sheets, and the kaleidoscopic memory of a disco ball, burst like a mirror into a thousand pieces. It was as though I heard a glass smash on the floor.

I had met many people on those nights that I sat supine on the O-bar’s deep leather couches, gazing into chandeliers and French mirrors between silk lined walls, dreaming that I was blowing soap bubbles before me, and in every bubble was an enormous, all-encompassing glinting dark night with the howling wolves of the soul, black horses, evil kings and queens from old fairy tales, and mirrors leading to infinity. Somewhere in those scenes was I, chasing shadows, in the sinking castle addiction.

Trope has finished writing Cured Meat but has hit the fundraising trail in order to get the book published. “If enough people pre-order a copy of my book,” she says, “I will be able to pay for a wonderful editor to give it the final gloss, have a beautiful cover design, and budget in all the things needed to create a flawless book.”

More information on her Indiegogo campaign to raise funds for Cured Meat can be found here.

Think you can do better? Write us a tale of your own Soho-infused night and we’ll consider publishing it. Entries should be sent to info@thisiscabaret.com with a subject line of “Soho Stories”.