Silencio is a Pick ‘n’ Mix of Sci-Fi and Horror. Are These Happy Bedfellows? 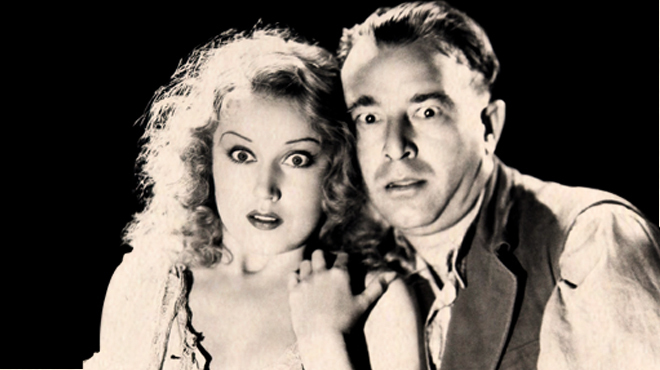 London Wonderground’s Spiegeltent is manipulated for an unusual effect. 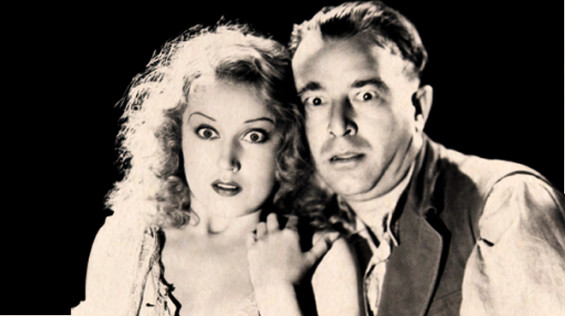 It’s hard to know what to expect from Silencio, a night billed as a “multi-sensory journey” where one puts on headphones and is immersed in a world of “celluloid oddities” and live performance. Reading back over the website blurb after the event it makes a lot more sense but beforehand? Anything could happen. Which is no bad thing.

As soon as we are ushered into the Spiegeltent, we are handed a pair of black headphones with different lights on that made us look like Cyberman DJs. The Silencio crew explain how to find each of the three channels, green, red and blue, and are advised that red is the main show. It seemed superfluous to offer three channels but it passed the time while we waited half an hour for the show to start. On the plus side, the green channel delivered foul-mouthed comedians interspered with songs like William Shatner’s version of Rocket Man and the childhood haunting Pure Imagination from Gene Wilder’s Willy Wonka. The lovely part of this was that you’d catch the eye of another person miming along to the green channel, in a secret world that you’re both suddenly a part of. It may be cynical but the only bar had also opened in this half hour of waiting.

Throughout the introduction Silencio curators EastEnd Cabaret and the Silencio clowns or ushers (it was hard to tell at times) are keeping us amused, interacting with themselves, pre-recorded, on the giant screen. The usher clowns were straight from the Italian Commedia dell‘arte, with one strutting around, hips thrust forward with gruesome expressions of lewdness directed at nearby audience members. It was pure Pantalone and the audience interaction whilst we waited for the show to start was a welcome distraction.

Each act followed a pattern of 1940s black and white video with breathy narration from EastEnd Cabaret followed by live performance. Unfortunately, throughout the show this is the extent of the deviant pair’s involvement and, whilst they were pithy and witty, such talent seems wasted in this minor role.  The videos contains many Douglas Adams-like farcical and surreal elements – for example, we are told that the rain in Silencio is caused by a man in a “sky bath” with footage indeed showing a gentleman in a bath suspended over a city.

Performances were highly varied. Methany‘s Cherbot was a very well performed lipsynch act imagining American singer Cher as a fairy-light lit robot that has seriously malfunctioned. Another live segment sees three of Cabaret Rouge, barely dressed as zombie nurses, emerge to cavort on stage. The outfits leave very little to the imagination of those standing close by and the women’s routine. though menacing and with overt nods to the Michael Jackson Thriller dance, contributes little to the overall show or to the storyline, such as it is.

Later, Benjamin Louche, as smooth-talking American advertisement man Brad Majors beckons contortionist Lucky Franco (as a barely plausible audience member) onstage to try a sedative called Relaxinol. This leads to the circus star delivering an impressive routine which makes wonderful use of the space and her physical elasticity. Unfortunately, Franco is near-invisible to anyone standing behind the first row and those sat in a booth had a cracking view of the pillars and little else. The interaction between Franco and Louche was a much needed injection of cabaret class into the proceedings and it was great to see performers other than the ushers interacting with the video.

The night ends with a mis-used Jackie Le kung-fu fighting some “hoop aliens” and lip-synching, presumably for comic effect, to an off-time voice soundtrack. The aerialist twists and twirls competently but is too busy trying to throw punches to show off her skills. It’s a flat ending to what has been an entertaining and often laugh-out-loud show.

It’s certainly a brave attempt at mixing video and a variety of many performance formats, and, to a large extent, it does get it right. The show seems to have attracted an audience that might not usually choose a cabaret night, and the option of staying for the silent disco is as good an idea as the Limbo after-parties this month.