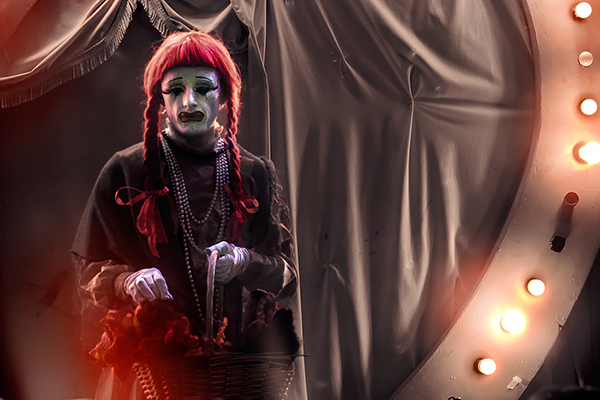 This Wednesday, songbook queen Barb Jungr sings the works of Nina Simone. With her accompanist Simon Wallace on piano and Davide Mantovani on bass, she will revisit much of the material from her 2008 album for Linn Records, Just Like A Woman (Hymn to Nina). Expect some new arrangements as well as some additions to the Jungr’s Simone repertoire.

From an extraordinary singer to a lipsyncer extraordinaire: part séance, part variety show, Dickie Beau (above) is the closest we’ve seen to a medium and the way he is able to vivify icons long dead is beyond uncanny as are the lengths he will go to for his art. Trot along on Saturday to Dickie Beau: Unplugged and see him sing some songs, tell some stories, and channel the voices of Judy Garland, Kenneth Williams and director Peter Sellars.

Finally, Avenue Q fans should get down to the Orange Tree on Friday to see a trio of the musical’s seasoned performers debut an irreverent new soiree. Simon Lipkin, Jon Robyns and Giles Terera will sing numbers from the hit show as well as other musicals they have starred in.