Secrets of the Gig Bag 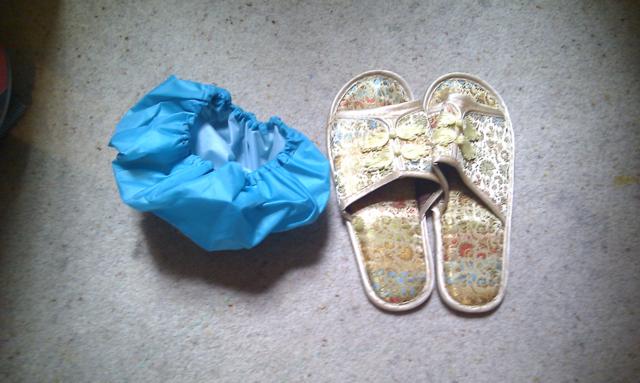 If you knew what was about to emerge, butterfly-like, from that very annoying bag on wheels, you’d be granting this maligned tool of the cabaret trade a little more respect. If you could see the bag lying open in the dressing room, carefully packed with feathers, wigs, props, make-up, and general sparkliness, and if you could see the transformation as, bit by bit, the contents of the bag relocate to the body of its owner, your wheelie-bag hatred would evaporate.

I’m fascinated by the ritual of the gig bag. It’s like packing to go on holiday, for one night (if you were going to Las Vegas). There are the little rituals to make it easier to find stuff, like having separate bags for different acts, and, most importantly, there are the totem items that a performer carries ‘in case’. In case of what? Well, that’s the revealing bit. It’s different for everyone, depending on their particular neuroses. And we all have those. They come with the glitter.

I’ve conducted a scientific survey of gig bag contents (i.e. I asked in the dressing room, emailed my mates, and posted it on facebook and twitter) and here are the results:

“Alas, I have to unpack my gig case after every single gig as I live in a small house and have to store bits of costume in my gig cases! I’ve a fair collection of lanyards, though.”

“Sewing Kit. Extra Stockings. Glitter. More glitter than I would ever have cause to use. Head scarf. Safety G-String”

Liberty Sweet – Folly Mixtures burlesque troupe-member
On a gig at Volupté, Liberty gave me a peek in her gig bag and revealed cloth bags to separate costumes, and a bizarre brown object she claimed was a ‘hair doughnut’, then later messaged me:

“Ooh I thought of another! Bepanthan creme for the burlesque burn. Haha! It’s not an STI – I promise! Just for the red marks left behind by ripping off nipple tassles!”

(Sara reports that the champagne bottle is empty. Disappointingly, it’s a prop. Unlike the burlesquers, Sara probably doesn’t use the gaffer tape on her own, or anyone else’s, person. It’s more likely to be for sticking cables to the floor. That’s what I use the roll in my bag for. Honest.)

“A gorilla head, arnica cream, tit tape and two cans of silly string. It’s for a comedy skit I used to do…never seem to take it out despite skit now defunct. Never know when you’ll need it….” The silly string, that is. The gorilla head and suit is “still very much in use.”

“Shower cap. For keeping hair out of makeup face. And gold chinese slippers. For when dressing rooms have icky floors.”

(The ickiness of dressing room floors, walls, doors and other surfaces doesn’t bear thinking about. Then again it could be a whole article in itself. But since I want to work in these places again, I’m not going to write it.)

“I always carry brown sugar and black pepper. I can’t be without these.”

Diva may win the prize for the most obscure gig bag contents. But there is method behind them:

“Brown sugar as I hate anything else in my coffee. Black pepper as it makes even tasteless late night food edible.”

And the prize for the most charming gig bag item goes to…
Sarah-Louise Young – international cabaret performer, member of Fascinating Aida, and my conjoined twin other half

I never travel without wet wipes but the most unusual things in my bag is a hand crocheted multi-coloured square of wool which was given to me after a performance of my first Cabaret Whore show in Edinburgh, 2009.

I had noticed a man knitting during the show and just thought it was a passive aggressive heckle. At the end of the gig, whilst I was collecting money in my Free Fringe bucket, he came up to me holding the square. I thought perhaps he was going to try to sell it to me but instead he said ‘I’ve not been well, in fact I’ve had two operations on my head over the past few years and I find it hard to concentrate – so I knit’. He explained that it helped him focus. ‘I really enjoyed your show,’ he continued, ‘and it’s the first time I’ve managed to sit through a whole hour of anything and not fall asleep’. Then he gave me the square to keep as a memento.

I don’t believe in lucky charms but I keep it in my suitcase with the wigs and costumes to remind myself that however bad the show might be going, at least I stopped one man from falling asleep.

And finally, my own gig bag laid bare:

The one thing I don’t have is safety pins, because so many people have asked to borrow one that they’ve all gone. Now you know what to get me for Christmas.