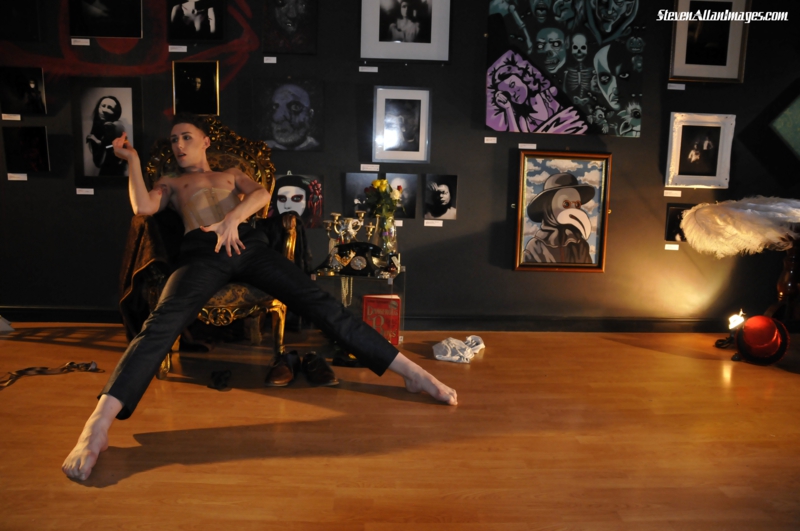 The weird, sexy line that cabaret treads is never clearer than when boylesque invades an art gallery. 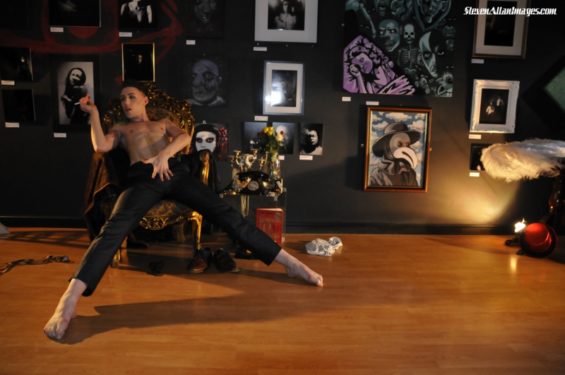 But then things change, darken and the audience is wheeled into something tragic and heartbreaking and altogether lonelier than a beautiful man taking his socks off well. Starting with a deliberately drawn out routine, our star shows he’s more than capable in the art of the classic tease – granting him permission to subvert and play with the genre.

The soundtrack of the evening – with a perfectly pitched tracklist milling around even when Harlow wasn’t performing – reflects the tone of the event. This is the rawer end of sensual: Antony and the Johnsons rather than cheesecake bum-slapping and showcased Tom’s character acting ability. There are, of course, the thrusts you’d expect, the cheeky winks and the requisite amount of arse-showing for someone with such a bloomin’ lovely bum. But there is also pain and honesty. We are afforded a glimpse into the private boudoir of a perfectly made-up, sexy male diva – and then watch what happened when the walls came crumbling down. It will be interesting to see what happens when he delves even deeper into identity and character.

Scattered throughout the show are the musical numbers which have become a staple part of Harlow’s repertoire. They’re delivered in a Broadway accent that softens as he relaxes into the heart of the show, until a rendition of Nobody Does It Better transforms into something like sadness. There are brief moments when it feels like he’s hesitating, not quite sure how far to go into this world of living art. The audience reaction should assure him that he can take things even further and will be followed to the dirtiest of places.

The show is split into two halves of around a half hour each: short and packed like a terrible innuendo and encompassing art, dance, music, cabaret in a big, hot, glorious mess. It is experiments like Pour Homme which are going to keep the cabaret scene alive and panting, through recessions and the fickle predicaments which come with increasing popularity. In his debut show, Tom Harlow pulls off a brave exploration of the future possibilities for the beautiful and creative.