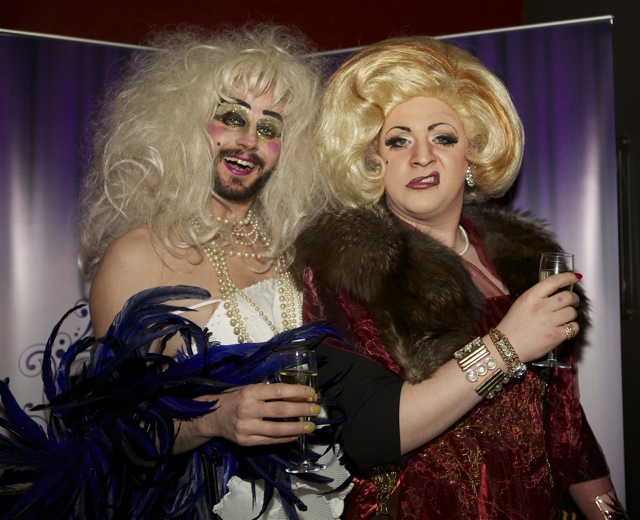 The second Excess All Areas London Cabaret Awards 2013 were held last week at the Royal Vauxhall Tavern. Uniquely, we were the only organisation there present both as journalists and nominees. In order to avoid any unseemly suggestions of possible bias, we invited audience member and writer Sarah Jane O’Neill to give her views on the proceedings. 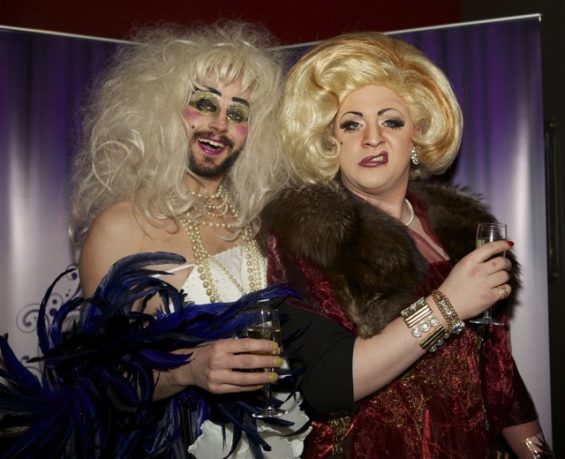 There was certainly a lot of love in the room at last week’s London Cabaret Awards. There was also a staggering amount of wigs.

It was wet and soggy in London last Wednesday, but inside the Royal Vauxhall Tavern with your mitts around a cheering glass of fizz, it would have been easy to imagine we were in Rio. There was certainly a lot of love in the room at last week’s London Cabaret Awards. There was also a staggering amount of wigs.

I’m fond of the RVT, but I’m not sure it is the right place for the awards, simply because of its size and lack of seating. Half the places appeared reserved for the nominees which makes me wonder, whether as an art form, the London cabaret scene isn’t still mainly occupied with talking to itself. Holding the evening together with bits of gaffer tape and mountains of glitter was our hostess, the Divine Miss Em. The pace of the evening was good and most of the presenters kept it light and frothy, with only one notable exception who gave an overly rambling intro and then announced the winner before he’d given the nominees a proper airing.

There’s been a sea change in cabaret over the past few years, with mainstream theatre types now wanting to bask in the glory of their trailblazing cousins. This was apparent from representatives of the Royal Albert Hall, Cameron Mackintosh and the National Theatre all being on hand to give out statuettes. Although this credibility is a pleasing step in the right direction, I couldn’t help wondering when was the last time I saw a nipple tassel twirling on Kensington Gore. The link to the Royal Albert Hall seemed tenuous, although not quite as obscure as that to Loose Women’s Denise Welch, who was meant to pitch up but clearly decided to have a quiet night at home instead.

On the cheer-o-meter stakes, biggest whoop-whoop of the evening was for the Dark Prince of Cabaret, Dusty Limits who won Best Host/Compère and Andy Louder of Madame JoJo’s who didn’t win Unsung Hero. For me, queen of wigs – and queen of the night – was best drag act winner, Myra DuBois, sporting the kind of bouffant under which you could shelter from all the storms of showbiz. I love Myra. I first saw her three years ago at Finger In The Pie and I thought to myself, now here’s a woman who looks like she knows her way around a bag of spanners. More of Rotherham’s least celebrated export, please.

Entertainment between the gongs was of a high standard. The Folly Mixtures proved yet again that burlesque troupes don’t have to look like they’re from the end of the pier, the always excellent Sarah-Louise Young (winner of Best Musical Variety Act) showed us her entrails as La Poule Plombée and Alp Haydar gave us a hilarious al-Qaeda inspired strip tease. I can’t tell you how much we enjoyed seeing him set light to his sequinned stick of dynamite and look his fatwa right in the eye because at its best, this is what cabaret should be doing. It might laugh like Sid James and show us its knickers, but what it is saying could not be more important or more fearless. As David Hoyle said when he picked up an award for Best Alternative Performer, we have never needed cabaret more than we do now.

Next year I’ll be looking forward to an even bigger and better awards. With more sponsorship, a larger venue and better production values, the London Cabaret Awards could really start to build on its current success and become the kind of flagship that the London cabaret scene deserves.

Photo credit: Lisa Thomson exclusively for This Is Cabaret